Strange Academy. A place where sorcerers with the most potential are trained. After a battle with The Hollow, a student has been killed. Find out what happened in Strange Academy #7 by Marvel Comics! 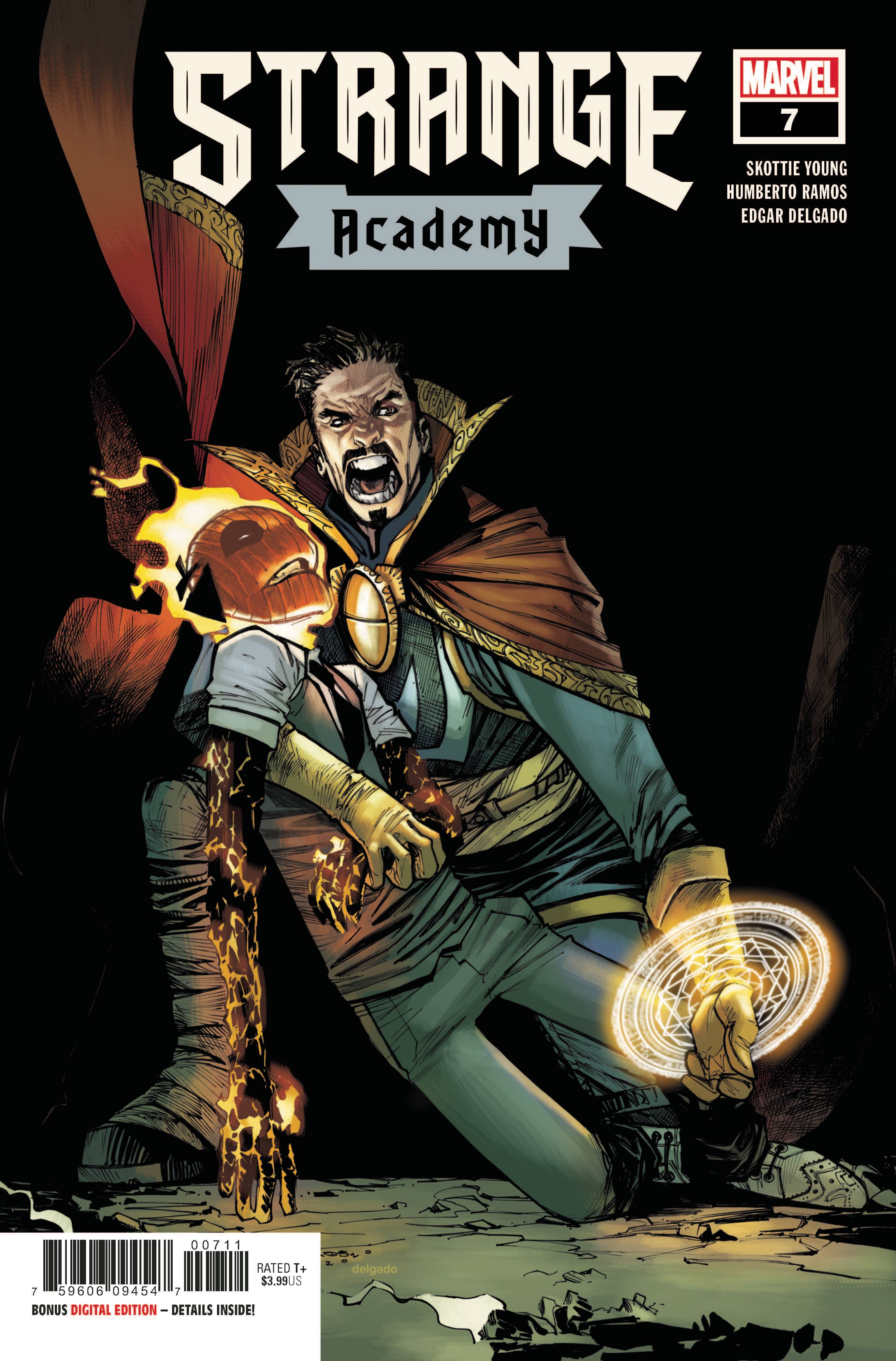 Previously in Strange Academy: Doctor Strange has brought in humans, Asgardians, and demons alike to teach them the gift of magic. However, they made enemies with a group called the Hollow and after a battle in a swamp Doyle Dormammu has ended up dead and Emily very injured. Now Doctor Strange is there trying to do what they can to save their lives.

Emily wakes up from a dream but cannot accept the fact that she has survived. Especially when she realizes that Doyle is dead. We see a flashback of Doctor Strange having to decide on who to save, and Doctor Strange chooses to save Emily. He petitions the Tiger God, Hoggoth, for help. In the present, Emily tries to accept the news and resolves to talk to Doyle’s father, Dormammu. However, she simply does not have the power to move through the dark dimension. As she heads back to her dorm, she looks at Doyle one last time and offers him a kiss. And the kiss restores him to life.

The creative team did a great job portraying the emotional trauma that they have went through in the last arc. The conversations and verbal processing really allow us to get into the heads of teachers and students alike. It is quite a crazy thing to observe on the page because they are so young. I know we get characters like Dick Grayson, Robin, who have tragic origin stories but for some reason this one hit different. I think it must deal with the fact that it is a huge cast of characters dealing with the trauma together. While the main protagonist of this issue is Emily, you know that the other students are just as scared.

I’m trying to figure out what the main theme is. I want to say it is about grief and overconfidence but maybe it is just a simple coming-of-age story. And I can’t help but wonder what these characters are going to be once they interact with the larger Marvel universe.

I have not been following Strange Academy, but I picked this up to look at the new arc. I was blown away. This story has a great emotional depth that I wasn’t expecting, and it is cool to see Doctor Strange in the mentor role. The art is well crafted, and the writing is spectacular in this issue. 4.5 out of 5 for this one and I plan to backtrack and pick up the previous arc soon.

Strange Academy shows a student trying to overcome the trauma of a bad decision that cost her the life of a friend.