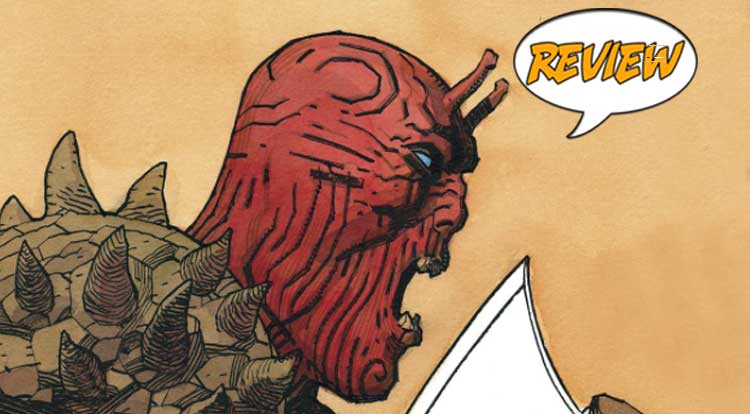 The origins of Barbalien continue, as one of his own arrives from Mars to bring him back home.  Your Major Spoilers review of Barbalien: Red Planet #3 from Dark Horse Comics awaits! Previously in Barbalien: Red Planet:  Barbalien continues to flee the Martian bounty hunter Boa Boaz-and continues to develop a relationship with a young activist under an assumed identity. But past and present collide when Boa begins targeting people in Barbalien’s life.

MORE THAN JUST A MARTIAN MANHUNTER

The year is uncertain, but Spiral City’s gay population is dealing with the sudden presence of an epidemic.  Dr. Day, the daughter of superheroes, runs her own clinic, caring mostly for HIV patients, only to be interrupted by a young man named “Luke” who is seemingly the victim of a hate crime.  In truth, he’s Mark Markz, the Barbalien, who has been ambushed by a bounty hunter from his home planet.  She immediately recognizes that he has super-powers, treating his wounds and sending him on his way.  After their clash, Boa Boaz, the other Martian has been taken into custody by the police, and has killed and replaced one of Markz’s fellow cops.  As for Barbalien, he he and his new friend Miguel deal with a series of attacks on gay clubs and gathering places, ending the issue in a romantic embrace.

Every issue of the various Black Hammer Universe comics make it feel as though their shared universe has been around forever, and it’s every bit as engaging as Marvel or DC’s shared universes.  The use of the real HIV/AiDS crisis in Barbalien’s back story could have gone horribly wrong, but instead it gives Mark Markz additional depth and personality, adding realism to his science fiction antics.  The art is likewise attractive, with Walta emulating a little bit of ‘Hellboy’ and a little bit of the previous Black Hammer books.  The storytelling is skillful, with interpersonal scenes carrying as much weight as any of the combat sequences, and the final moments of Mark showing Miguel his home before falling into a romantic clinch is lovely.  My only real complaint is a relative lack of context or explanation of the previous issues, as even a brief summary would have made it easier to get into this book.

Lemire’s universe is a complex one, and Barbalien: Red Planet #3 is no exception combining science fiction, a little romance and a bit of history into a solid read, earning 4 out of 5 stars overall.  The balance of comic book to real world works, and you might even learn a little something, which makes this issue well worth the price.

Against the background of the AIDS crisis, Barbalien tries to find his place on Earth, and it's a really good read.