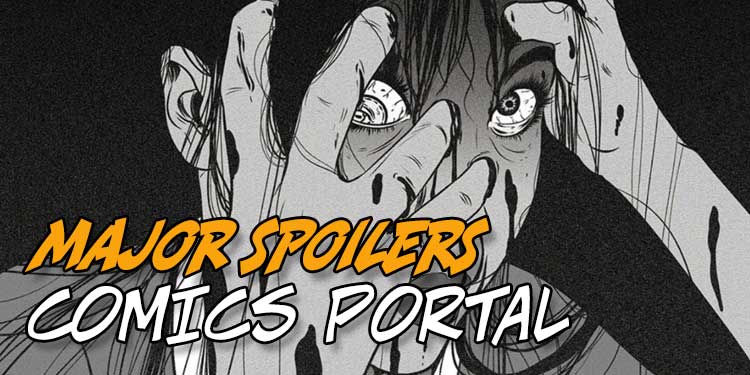 Image Comics recently announced their upcoming new horror anthology called A Silver Coin! I’m happy to hear about this, so let me tell you why! Here’s a different concept—an anthology book with the same artist, but different writers each issue! I can’t say I’ve heard of this formula very often!

Also, The Silver Coin does NOT have a series of standalone supernatural tales. Instead, each tale happens in the same interconnected supernatural universe, with the coin being the glue that ties everything together.

The debut issue features Walsh and Zdarsky telling a story that’s set in 1978. An unknown rock band comes across the coin only to discover it can deliver a shot at fame and fortune. But as with any supernatural artifact, that result comes at a terrible cost. This first book will hit stands in April of this year. One of the things about A Silver Coin that intrigues me is the anthology format. Very few companies utilize this way of comics storytelling these days. I am much more likely to find an Indie comic that is an anthology than, say, Marvel or even Image usually.

Just what is an anthology, anyway? Merriam-Webster defines it as “a collection of selected literary pieces or passages or works of art or music.” When it comes to comics, it is often a group of stories by a variety of creators around a theme. For instance, DC often releases anthologies around holidays or during a season of the year. They release a holiday one in the last month of the year, something during the summer, a Halloween special in October, and a few other books related to something unique taking place in a popular comic.

An anthology is popular because a creative team most likely is developing a short story rather than an extended storyline. I’ve seen a one-page tale in an anthology book, and that goes all the way up to at least 10 pages. It just depends on the book!

The benefits of an anthology format are that you can attract the attention of fans of several creators. Jeff Lemire in a book means I’m always there, hard-earned money in hand, for instance. However, if you a fan of Chip Zdarsky instead, well, you’ll likely pick up the book, too! It’s a win-win as far as sales go.

That is, unless you prefer issue-long stories. I know some fans who simply won’t buy a short story from their favorite creators because “it isn’t enough!” If a book costs $7.99 and your creator only made four pages in it, well, some folks will pass and save their plastic money for a comic that they consider more “realistic.”

Another problem comes with multiple schedules. If one team falls behind on their story, the whole book may have to be delayed. It’s enough to drive an editor up the wall, believe me! I have often waxed somewhat-eloquent about how superheroes are mostly considered the purview of Marvel and DC. Well, if you aren’t a longjohns-producing group then, what are you to do?

Horror is very often the answer! There hasn’t been a “shoulders-above-the rest” horror company for a long time (if ever, really). Yes, there have been titles that have sparkled in this genre, but even they haven’t been able to last as long as some would like.

Not only that, but horror fans are often VERY devoted! While superhero fans are debating “Marvel versus DC” and often only buying one company’s product, horror devotees are much more likely to pick up a title they know nothing about because it appears to fall within that genre. Granted, not all horror fans are like this, but there are enough of them to make it profitable for smaller comics producers to at least put their toes in this water.

There are also subdivisions within horror. Some are fans of monsters, some like stories about murder, others want “realistic” tales about people in more everyday situations. A smart horror series will try to gather in fans of all of these groups and others!

My problem is that my tastes fall more in “suspense” than “horror.” If you have to measure the blood in quarts or gallons, I’m not likely to buy that book. Body parts strewn across the room will also turn me off. However, if you have a person in danger who is walking down a dark hallway that is hiding a serious nasty in the shadows and we don’t know if that person will survive, I’m much more interested!

WHAT ABOUT ‘A SILVER COIN?’

I’m interested in A Silver Coin on several levels. For instance, I’m a fan of most (if not all) of the creators in the series. I also like the single thread running through the various stories. It’s great to read tales from different times since that means the creative choices a single group makes can be wide open!

Interestingly, this book isn’t a collection, but individual issues of regular comic issue length. I imagine they will eventually be gathered together into a single collected version, but it’ll be fascinating to see how sales do in this format. If it does well, look for other companies to follow suit!

The choice of a coin as that unifying element is a good one, in my opinion. Again, it’s something small enough and sturdy enough that it could be found in different locations and settings. Also, money attracts attention and interest immediately! Drop a coin on the floor in a room filled with several people, and you’ll likely see many of them at least turn to look at it.

So, I’m on board with A Silver Coin. I hope it is an ongoing book that will continue for many issues rather than a defined miniseries. If you enjoy variety in your reading as much as I do, I would highly recommend this series. Also, I’d love to see different styles of storytelling do well along with the standard comic book format. Perhaps you would like that, too!

What do you think? Does horror or suspense draw your attention? Are anthologies something the industry should make more often? Do you plan to buy A Silver Coin? Whatever your opinions, be sure to share your thoughts in the space below!