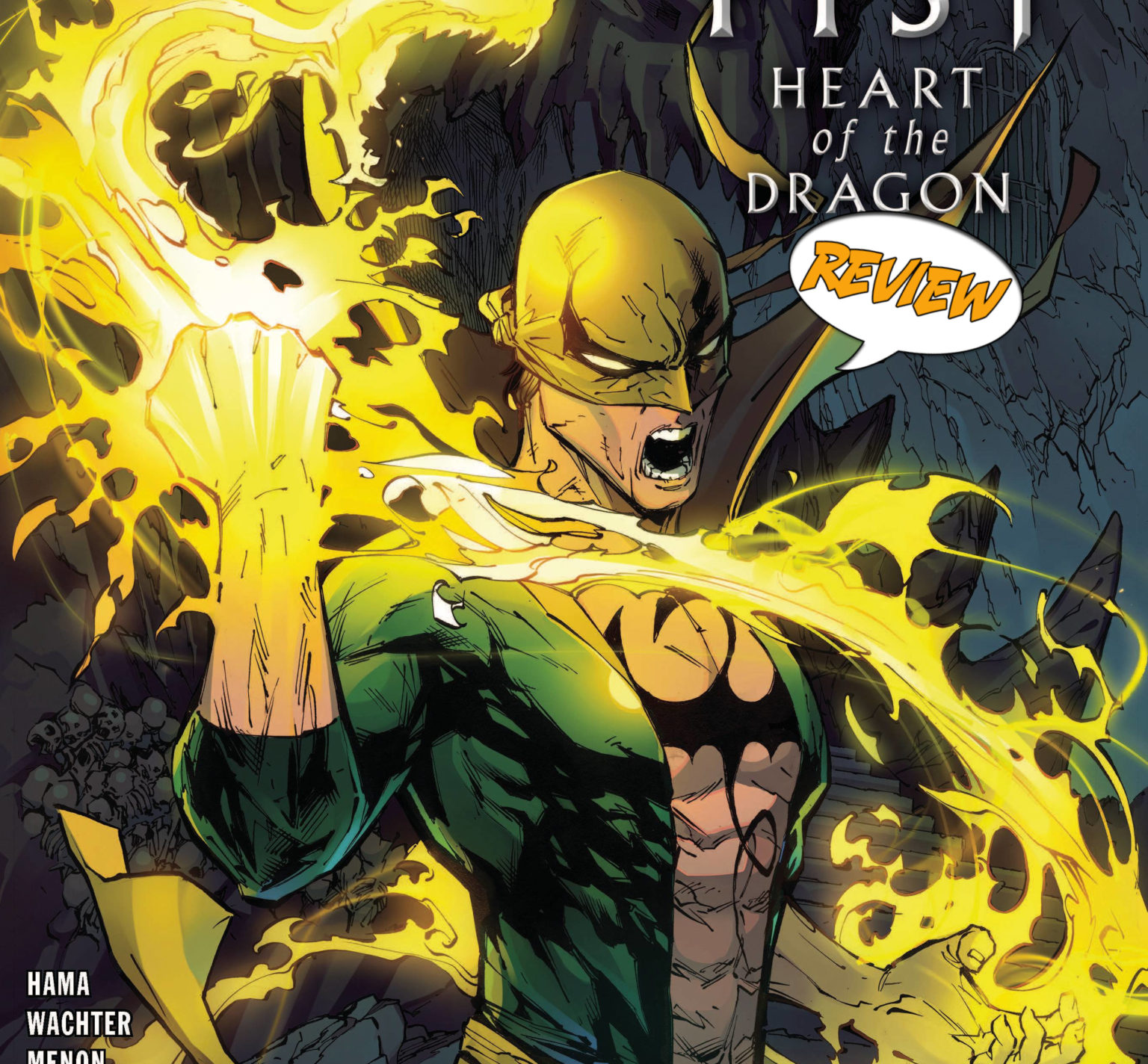 Iron Fist is back in a miniseries. Someone is killing the ancient dragons and Danny Rand must figure out what is going on! Check it out in Iron First: Heart of the Dragon #1 by Marvel Comics!

Previously in Iron Fist: As a child, Danny Rand was in a tragic accident that killed his family. However, he was taken into the mystical city of K’un-Lun and eventually became its defender: The Iron Fist. Returning to New York, he lives in Rand Tower with his ward Pei, Fooh, and the reincarnated Shou-Lao nicknamed Gork. However, trouble is one the rise once again.

Danny Rand leaves Pei and Gork in the capable babysitting hands of Luke Cage. He then travels with Fooh to test his gate to the heavenly cities. First stop is the Under City. However, the city is swarmed by reanimated corpses and Iron Fist runs into the fray. After the fight, he meets with Dog Brother and he is warned that the undead are trying to destroy all dragons. He heads to the Citadel of the Ancients but finds Taskmaster ripping out a dragon’s heart. Taskmaster escapes Iron Fist and Danny heads back to New York to protect Gork. He arrives just in time to help Luke Cage fight off a small army of undead. After the battle, Iron First gets a visit from Quan Yin, the Mother of Mercy.

Danny Rand is always interesting to me because the title character it is rooted in a stereotype. And that stereotype isn’t a positive one, but Marvel has done a lot to make the character a little more well-rounded. This issue takes the best parts of what makes a good Iron First comic (including Luke Cage) and places him in a situation to really shine. Forcing Danny to have to look after the reincarnated Shou-Lao and Pei has done wonders to the character. However, in this opening issue I didn’t get to see Iron First really struggle. He lost his fight with Taskmaster, but I don’t see the character growth arc for this series. I am hoping the series develops a little more depth next issue.

This is a good comic book, and the premise is decent. But it didn’t hook me into the story at all. It is just a carefree Iron First adventure and without the depth of story, I don’t think I’ll be following this series. However, if you want a simple read that is going to be a fun adventure then this is for you. 3 out of 5 for this book.

Heart of the Dragon is a good comic book but fails to add any depth to the character or setting.