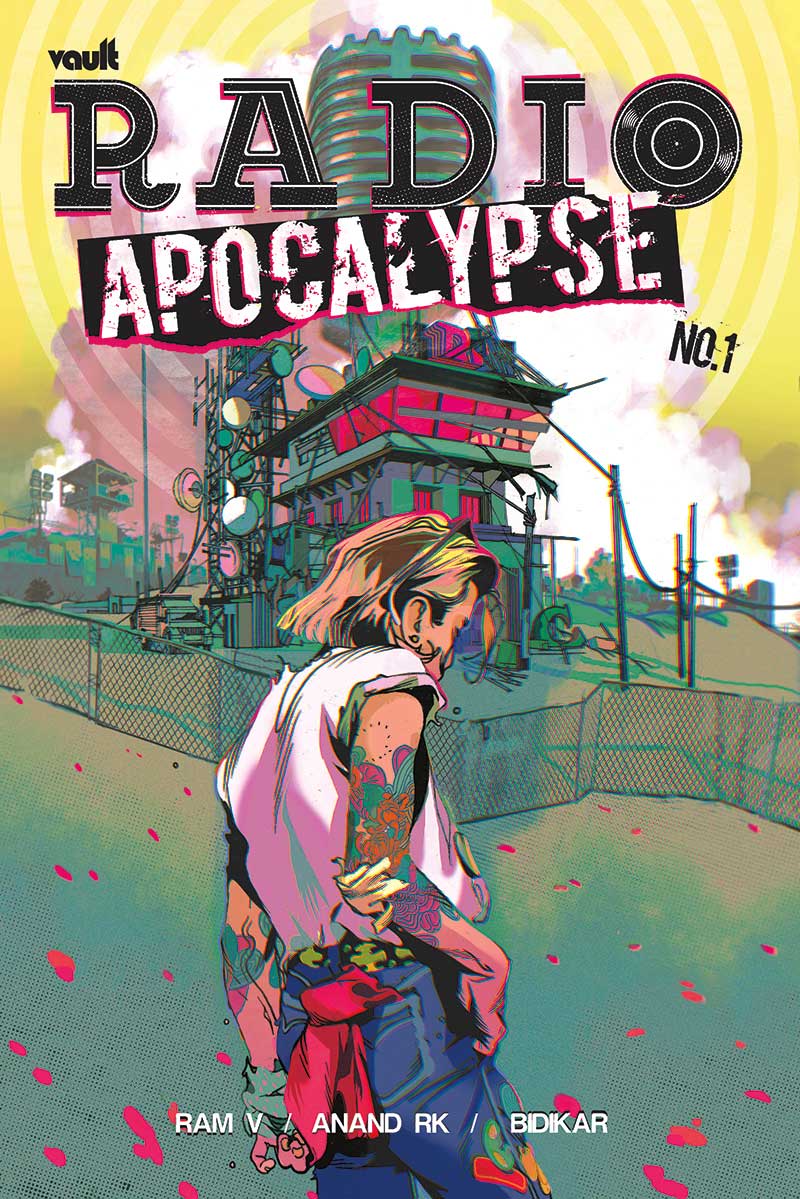 Ram V is on a roll, and continues to crank out comic book after comic book. His latest sees him teamed with Anand RK and Aditya Bidikar for Radio Apocalypse for Vault Comics.

“Some of my favourite things to do in art is world-building,” added Anand RK, “especially when this world is so similar to ours but just not quite it? To design specifics of this world, how characters inhabit it, how physics and biology of it work, the culture that shapes it. I find this immensely exciting and satisfying. Radio Apocalypse is one such project and I can’t wait for Ram and me to tell this story.”

Radio Apocalypse #1 is scheduled to arrive in April 2021.