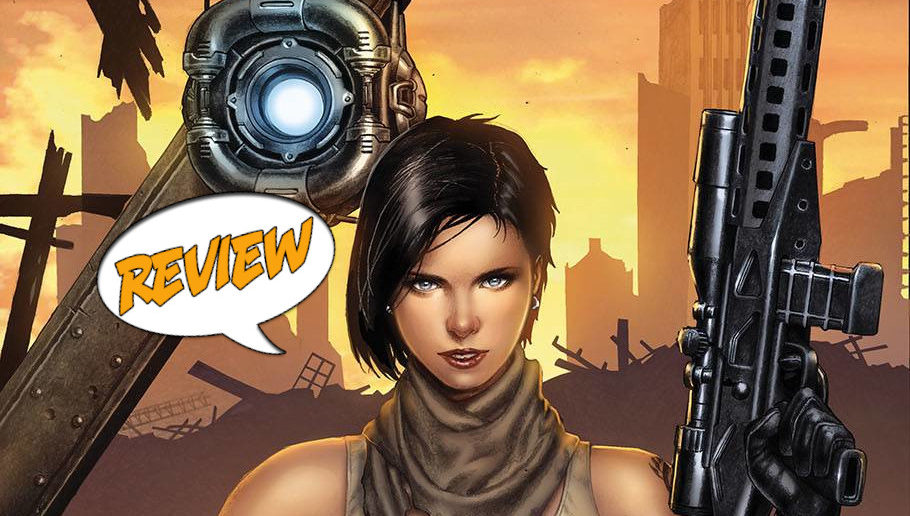 Eve works as a courier. A dangerous job where she takes packages from one settlement to another and protects it from zombie-like creatures. Find out what is Eve’s next delivery in Courier #1 by Zenescope Entertainment! 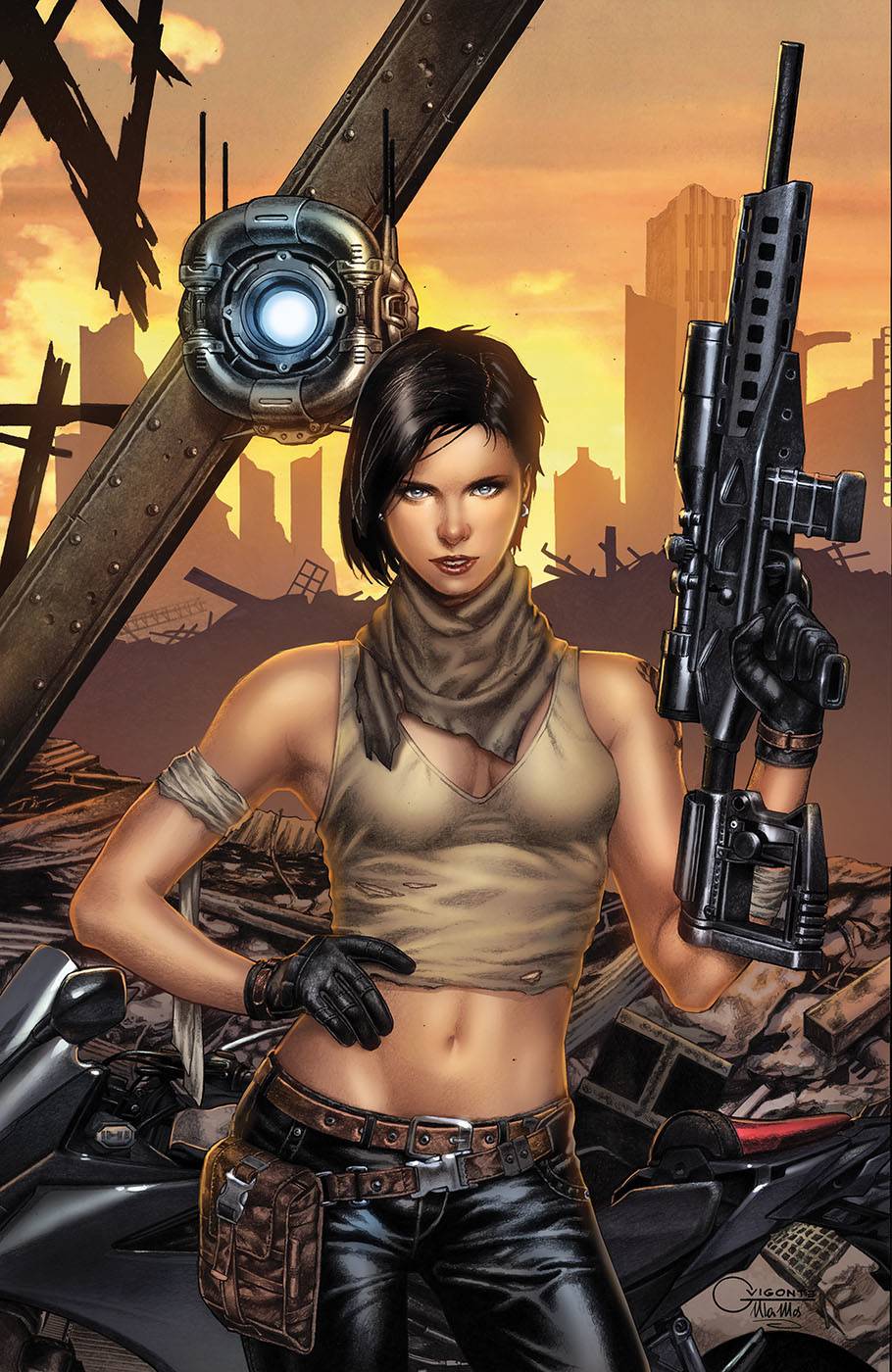 Previously in Courier: In 2033, less than 1% of the population survived a pandemic. Within that one percent, half of the people were immune, and the other half turned into an inhuman creature. Strongholds were built and provide protection for the rich while the poor must fend for themselves. Eve Harper is a one of the best Courier there is, and she is on the way to Liberty, the stronghold where she was raised, once more.

Eve is trying to get out of the courier business so she can spend time with her brother, Liam. However, after an attack on a Gillings’ shipment, Eve learns that Liam has rejoined Gillings’ gang. Eve heads to Liberty and find Liam and ends up attending a party. Meanwhile, Morgan from the stronghold Longview goes to wreckage of the shipment attack. After looting and finding a mysterious suitcase, they are attacked by Primals.

Liam is back with Gillings and is again hooked up on the drug, Euphoria. Eve then tries to make a deal with Gillings. She will go back to work with him if he keeps Liam out of the dangerous jobs. Gillings sends her after the shipment, the same shipment that Morgan just looted.

Eve has a strong personality and is vivid on the page. When she makes a decision, the creative team emphasizes her confidence and emotion. Part of this is because of the Zenescope art style, the other half is how the character is designed. My biggest gripe though is that I didn’t know what was going on. This is my first introduction to the series, and since it was a number 1 issue, I didn’t think too much on it. I then had to go back and do some research to try and figure out the context and then give it a second read. Once I got the context, the book is great. Even with the other Zenescope books, they normally have a little blurb at the beginning to tell you what is going on.

I think the story is going to be about family and what that means in this post-apocalyptic world. I feel that a lot of comics coming out have had that theme. And despite that, I’m still interested in exploring this idea. Looking forward to picking up the rest of the miniseries.

So, I have a tough time recommending this book. This book is beautifully written and well thought out, but this book was published in the middle of the pandemic. If you are okay reading a book about the end of the world via virus, then go ahead and check it out. If not, then maybe save it when everything normalizes again. 4 out of 5 for this one from me.

Courier talks about a woman wanting to have a normal line but being thrown back into a crowd of dangerous people.