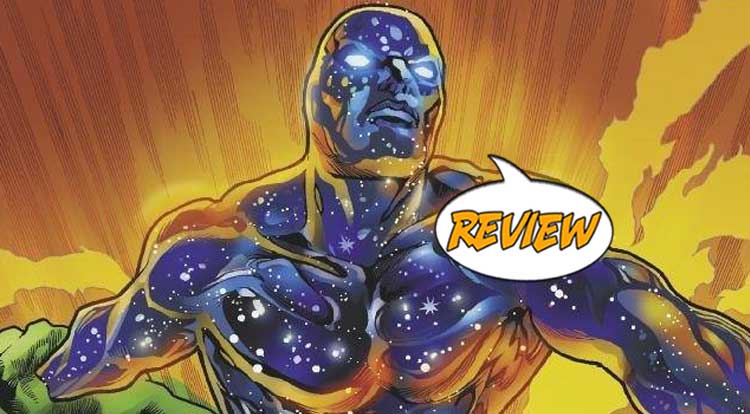 The Leader seems to have won… but there’s still a missing piece of the puzzle.  Your Major Spoilers review of Immortal Hulk #42 from Marvel Comics awaits! Previously in Immortal Hulk:  At the year’s end, costs are counted – by Jackie McGee, Eugene Judd… and Samuel Sterns.  All the Leader’s plans have finally come together in what may be his greatest triumph. But is that enough…  Or will the One Below All claim his due?

AS ABOVE, SO BELOW

We open in the underworld, as the creature that is part Sam Sterns, part Brian Banner and all monster tortures Bruce Banner in some truly horrifying ways, all the while wondering what has gone wrong with his plan.  Meanwhile, in the orbiting Alpha Flight space  station, new head honcho Henry Peter Gyrich dresses down his Gamma Flight team (Puck, Titania and Doc Samson, inhabiting the body of Sasquatch) threatening each of them with individual punishments. Titania’s husband is once again a fugitive, thanks to his manipulations, but when he tries to threaten Samson, the erstwhile doctor digs his claws into a window, deeply scoring it and threatening to break through.  After all, “Sasquatch” points out, he’s seen The Hulk survive re-entry, so he knows he’ll be fine.  Gyrich declines to call his bluff.  In Arizona, Jackie McGee gets fired, just in time for Dr. McGowan to show up and explain that Jackie is now a gamma mutate herself.

As for the Leader, he discovers that there’s sometimes, the devil you know ISN’T the worst devil around.

THE MOST TERRIBLE MONSTER OF ALL: A BUREAUCRAT

This book is always well-crafted, and after last issue’s unexpected Thing/Hulk conflict, I wasn’t sure what to expect.  This issue’s revelation that The Leader’s “broken link” wasn’t between Bruce and one of his Hulks, but between himself and The One Below All makes for a truly disturbing climax to the issue, and the appearance of the U-Foes at the end of the issue makes Gyrich a bigger threat than a literal demon from below.  That’s a really tough narrative choice to pull off, but Ewing makes it work, and even with multiple art teams, this book is lovely.  The body-horror aspects of Bruce’s transformation (drawn by Alix Lins) are hard to look at in all the best ways, while Adam Gorham makes the image of fingernails on glass one of the most heart-pounding moments in recent comic memory.  Joe Bennett makes the final page appearance of The U-Foes, old-school Hulk villains who can come across as a bit silly-looking, truly monstrous, in keeping with this book’s themes.

In short, Immortal Hulk #42 keeps the streak going, even without any Hulk to be had, and reminds us that the devil is scary, but the real horror is an administrator with a grudge, with several teams worth of good-looking art combining for a well-deserved 4 out of 5 stars overall.  If you thought that this proverbial “breather” issue meant a lessening of tension, your mind is about to be changed, and that’s for the best.  You should definitely read this, just… don’t think too much about poor Bruce’s plight and how much that must hurt.

The new year is a time for taking inventory, but when it comes to gamma mutates, that's just plain horrifying...