The Specter Inspectors #1 arrives in February 2021 from BOOM! Studios, but we have a sneak peek of the five-issue mini-series, after the jump.

Not to be confused with Major Spoilers’ Inspectres, the original series from Bowen McCurdy and Kaitlyn Musto spins a tale about “a group of social media savvy ghost hunters who seek out supernatural hot spots in order to answer the ultimate question. . . are ghosts even real?!”

True believer Noa, her cynical little sibling Gus, credulous camera man Ko, and Noa’s skeptical best friend (and secret crush) Astrid head to one of the most haunted towns in America to prove that ghosts exist, for all the social media likes! The investigations of hauntings uncover something more devilish than just a couple of ghosts, something that will put Noa and Astrid’s relationship to the test… and reveal the centuries-old sinister secrets of the town itself. 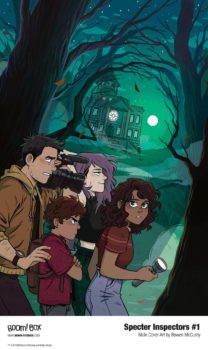 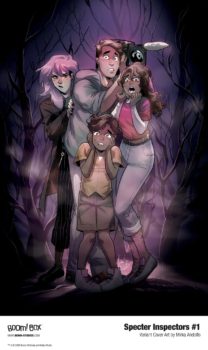 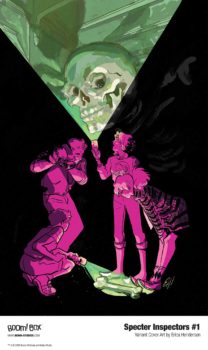 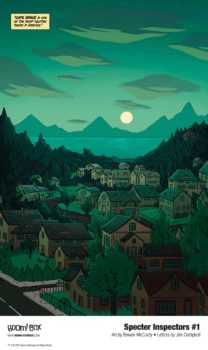 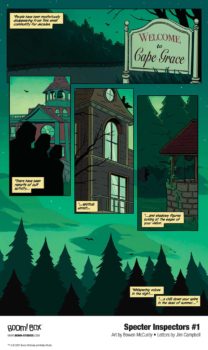 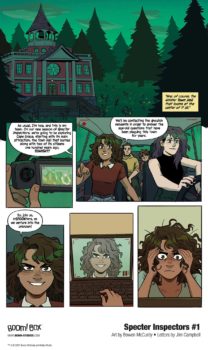 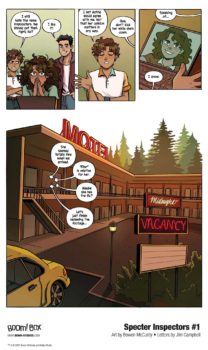 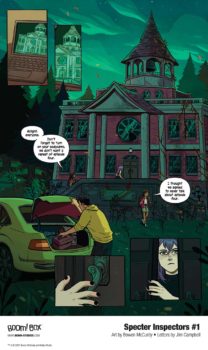