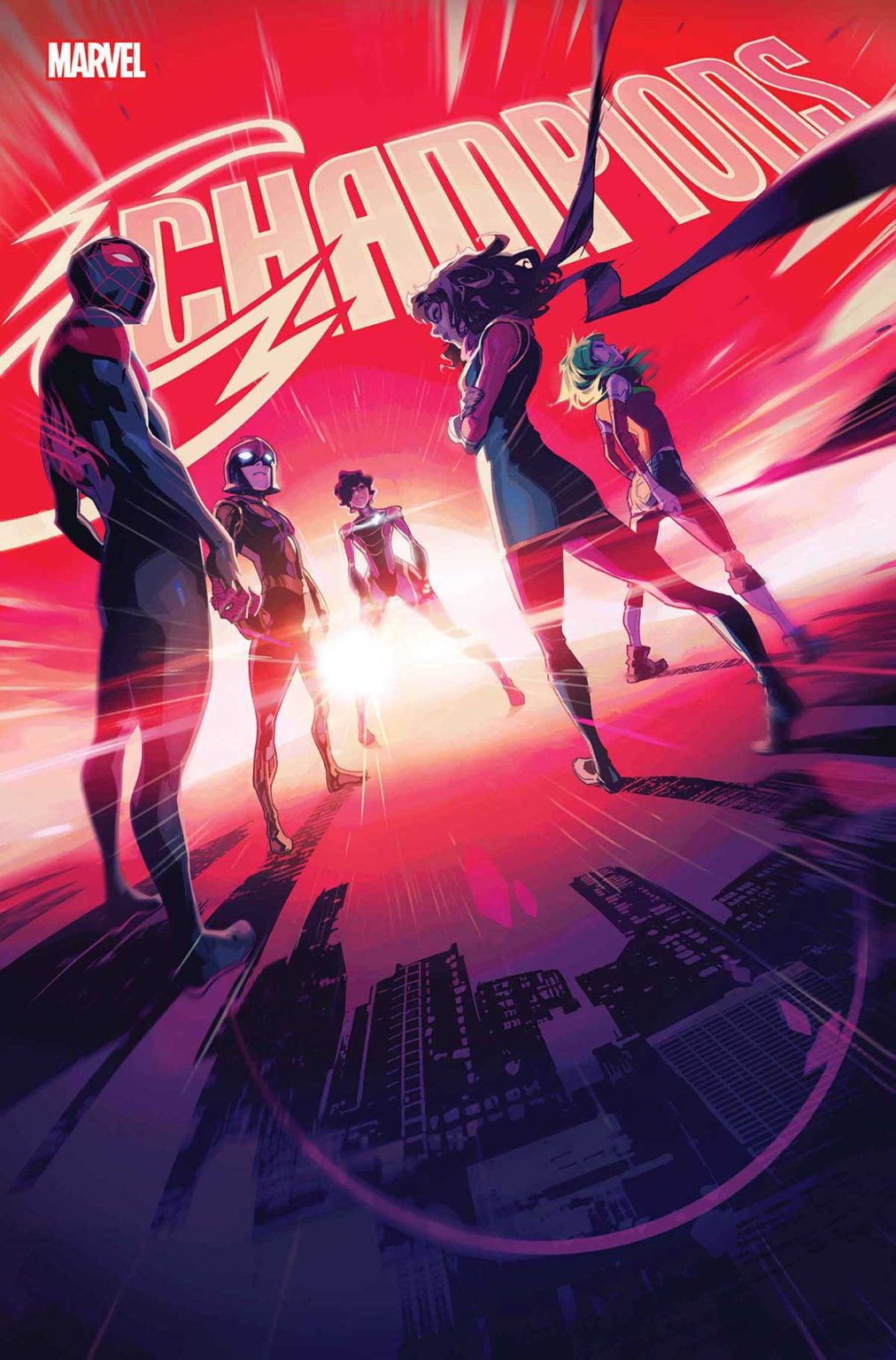 In April, The Champions series kicks off a new story arc in issue #6 with a new creative team. The new arc will come from writer Danny Lore, and artist Luciano Vecchio, and will see the team taking the fight to the baddies.

The Champions tried fighting fair. Now it’s time to fight dirty. A sinister corporation is cheating the system to try to keep Kamala’s Law on the books, so the Champions infiltrate the company to take it down from the inside. But the company’s wildly popular self-help app is already turning public perception against teen super heroes. Can the Champions wage war on a trend? And how dirty will their hands get before it’s over?

“I think it’s very easy today for young people to feel either helpless or overwhelmed with the weight of the world and its ills on their shoulders. With rhetoric constantly showing up about how the youth will save the world, but not necessarily with the support system to assist, it’s important that Champions exists as a story in which they DO have the power,” Lore explained in a press release from Marvel Comics. “Where even if the teens only have each other, they can change the world, the rest of us grown folk be damned.”