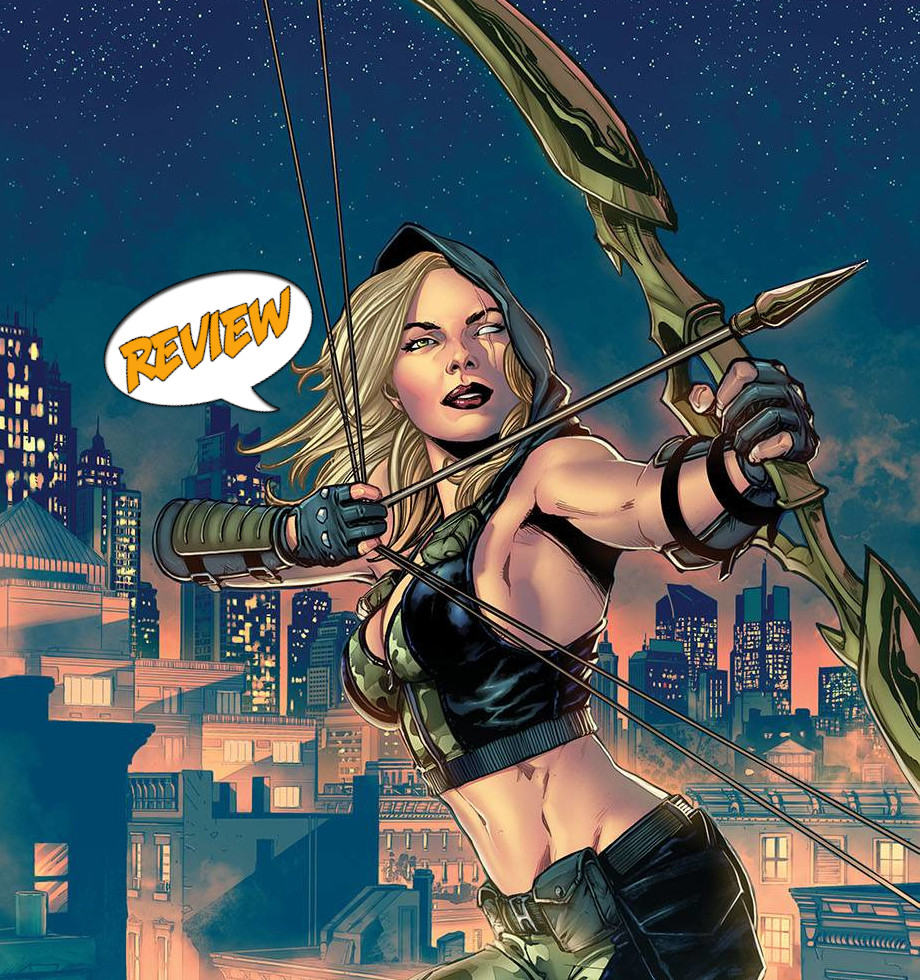 Robyn Hood is an outlaw, a vigilant, and a bringer of justice. Despite her own city turning on her, Robyn Hood is still trying to help. Come check out her next adventure in Robyn Hood: Iron Maiden #1 by Zenescope Entertainment!

Previously in Robyn Hood: After being falsely accused of a murder, Robyn Hood is wanted by the police. Armed with a simple bow, some minor magic, and a steel grit, Robyn still patrols the city trying to help out anyone who may need it.

In 723 BC, the City of Carthage performed a murder by sending a lover into an iron maiden. Before she died, she cursed the torture device. In modern day, Robyn is investigating young, underage girls who have gone missing. She follows a teenager named Valda and she meets with Jerry Wepstein, a famous collector of sorts. Valda was hired to be entertainment for Jerry but when Valda resist, Jerry throws her into the spiked iron maiden from Carthage. When Robyn jumps in to try and save her, she is too late as the torture device has turned Valda into a super powered human known as the Iron Maiden!

The issue did a lot of things right. It gave us a rich man who had a vice and the money to get away with it. He was a murderer and literally threw a young girl into a torture device to get his revenge. Unfortunately, it seems like the comic series puts the Iron Maiden against Robyn as opposed to the man who is actually evil. However, this comic series has never been particularly fair to Robyn and sometimes the bad guy is known to get away.

The story as a whole was very well written. The story went from the “prologue” and then flawlessly transitioned from scene to scene. Everything built on top of each other quite nicely. My biggest grievance is that there didn’t seem to a major theme here or a lesson to be learned. Nothing was set up beside a plot line. Robyn didn’t get a lot of moments to shine or be put into the forefront. For the price tag, I was hoping there would be just a little more substance.

The story is well written, and it is a nice bubble read. Sadly, we don’t get see much character development from any of the main players. It seems to me this might just be an origin story for the Iron Maiden rather than a longer plot line. Considering this is only two issues, this is likely just an intermittent story in between arcs. 3.5 out of 5 for this book. I think the story is good but doesn’t have the intrigue and depth that this series normally has.

Robyn Hood is an engaging hero and vigilante. However, this issue focused more on the mystery of the Iron Maiden as opposed to the title character.