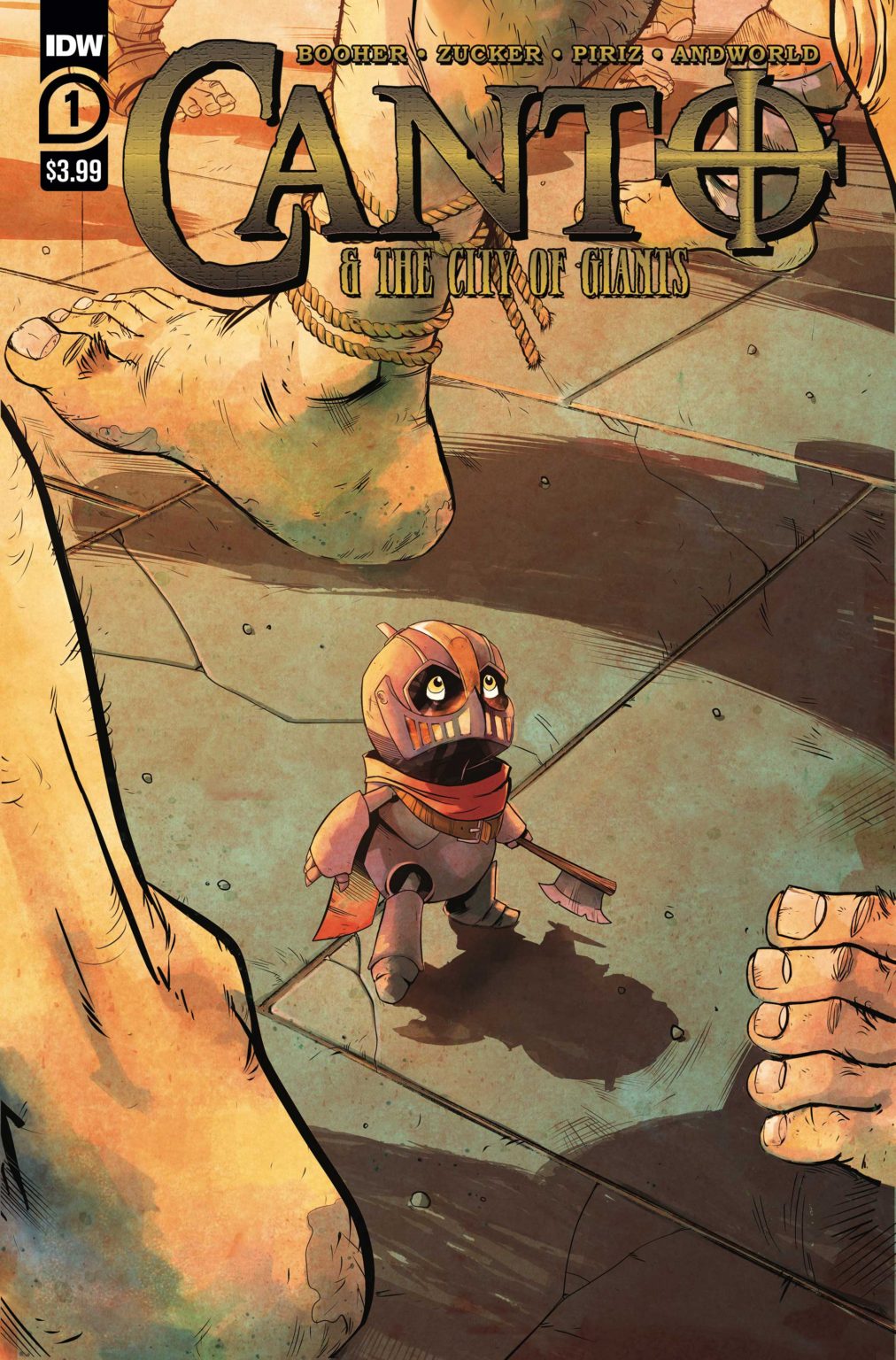 The adventures of Canto continue at IDW Publishing Booher and Zucker reteam with colorist Vittorio Astone and lettering studio Andworld Design for the six-issue Canto III: Lionhearted, slated for mid-2021, and then for the expansive six-issue conclusion of Canto’s quest with Canto IV: A Place Like Home, planned for 2022.

“There’s a special kind of magic with Canto,” said IDW editor David Mariotte. “David, Drew, Sebastián, and the team have crafted a deeply rich world that readers fall more in love with in every new issue. We’re thrilled to continue exploring Canto’s world and join him on the rest of his epic journey.”

“We always envisioned a sprawling quest for Canto, and it’s due entirely to the reader support that we get to see his adventure to its conclusion,” said David Booher. “With inspiration from epics like Lord of the Rings and Chronicles of Narnia, we have so many fun surprises in store. But don’t worry, we’ll keep tugging on those heartstrings and reach an ending that will both break and mend readers’ hearts.”

“It’s really amazing to have Canto find such a strong fan base that will allow us to continue his story,” adds Drew Zucker. “This is the path that David and I had envisioned very early on, and while we made these plans, it’s never a guarantee that we would get to them. I think I can speak for the entire team though when I say we are beyond excited and energized to not just tell this story, but share it with everyone who has come along for the ride.