Knull has attacked the entire world and now everyone is on high alert. How with the new S.W.O.R.D. station combat the King in Black? Find out in S.W.O.R.D. #2 by Marvel Comics! 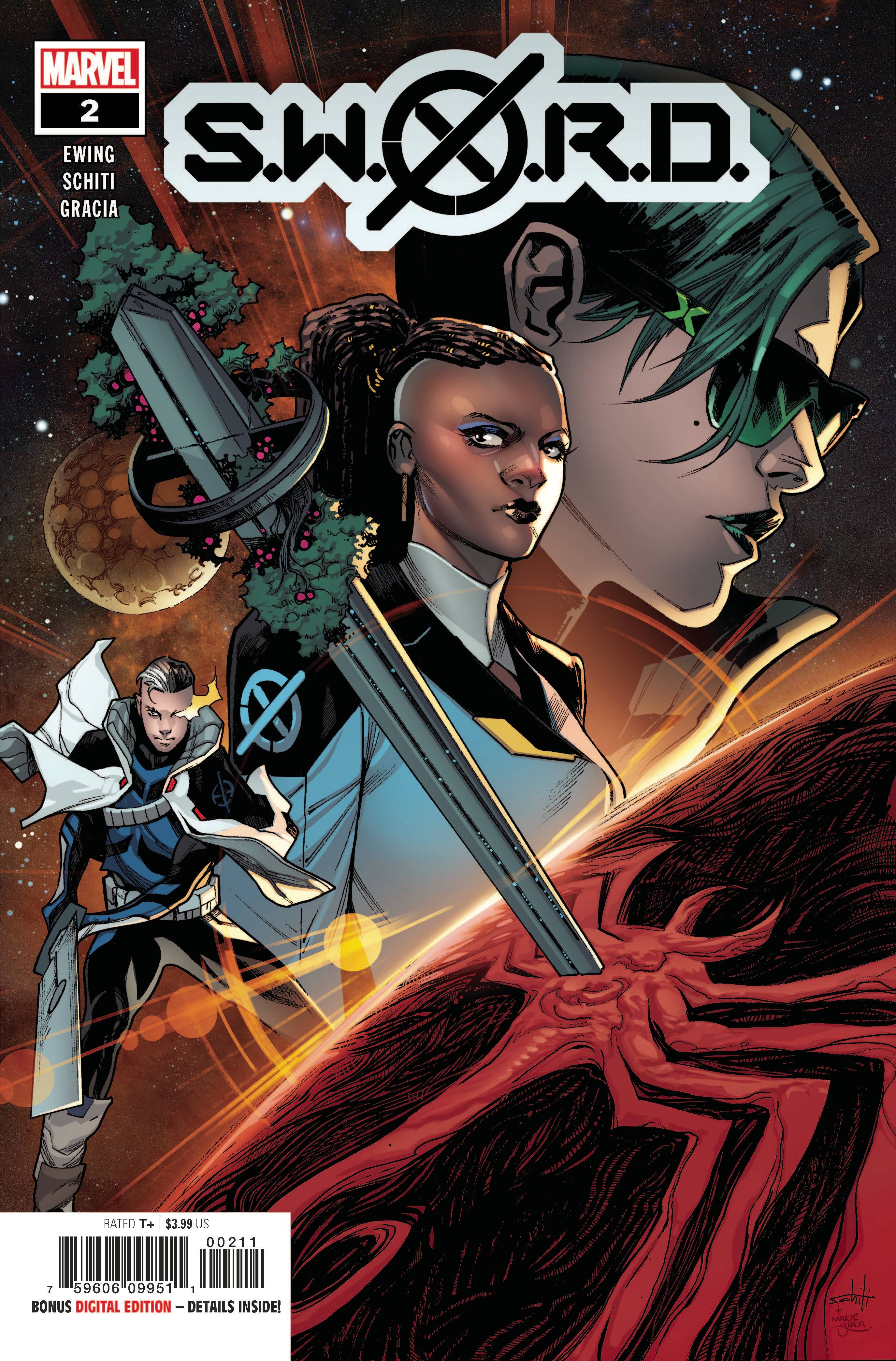 Previously in S.W.O.R.D.: Abigail Brand has taken over the S.W.O.R.D. station under the recommendation of the Quiet Council. She has chosen a team of mutants that can combine their powers to defy the limits of time and space. Right now, they aren’t looking at the final frontier but rather the attack on their planet. The King in Black, the so-called God of the Symbiotes, is attacking Earth and everyone is in peril. He has even put the earth in a dome, blocking out the sun.

Abigial Brand is sending a team back to Krakoa to try and gain information after Knull’s attack. However, she has singled out Mentallo to enact something called Protocol V. On Krakoa, Sunfire, Banshee, and Magneto are fighting a symbiote dragon and Sunfire takes a bad fall. Though alive, he is unable to move until he gets a heavy dose of power from Fabian Cortez. With this power, he becomes like a sun, warms up the island, and fights away the symbiote dragon. During the fight Mentallo completes Protocol V, which is to save the Five who oversee the resurrection process and take them away from Earth. Because if the heroes of earth fail, they need the five to resurrect the mutant nation in space. After a brief breather, a symbiote controlled Cable walks through the Krakoa portal to wage war on his mutant brethren.

It is remarkably interesting to see the tone they want to set for this series. The main interest is not the events of Krakoa for me, but rather the fact that the focus was on Protocol V. Protocol V means that Abigail is expecting failure and is creating a backup plan. Now this is the first real mission of the series and we are now setting up the tone that heroes fail which puts a certain expectation on the reader. That is a fascinating way to begin a series and when you read some of these paragraph inserts in the story; you realize that Abigail is just treating people as pawns. Dispensable people for the greater good. It almost feels like S.H.I.E.L.D. but with mutants.

The book is entertaining and follows the same art style that the current X-Men universe has been following. However, there are some interesting ideas here that really set it apart from the other series. While I thought the beginning was a little slow, once they got to Krakoa the action certainly picked up. 3.5 out of 5 for this book. I’m intrigued but not necessarily hooked quite yet.

Watching how Abigail treats her team sets a tone that is unlike anything else currently being published in the X-men titles.