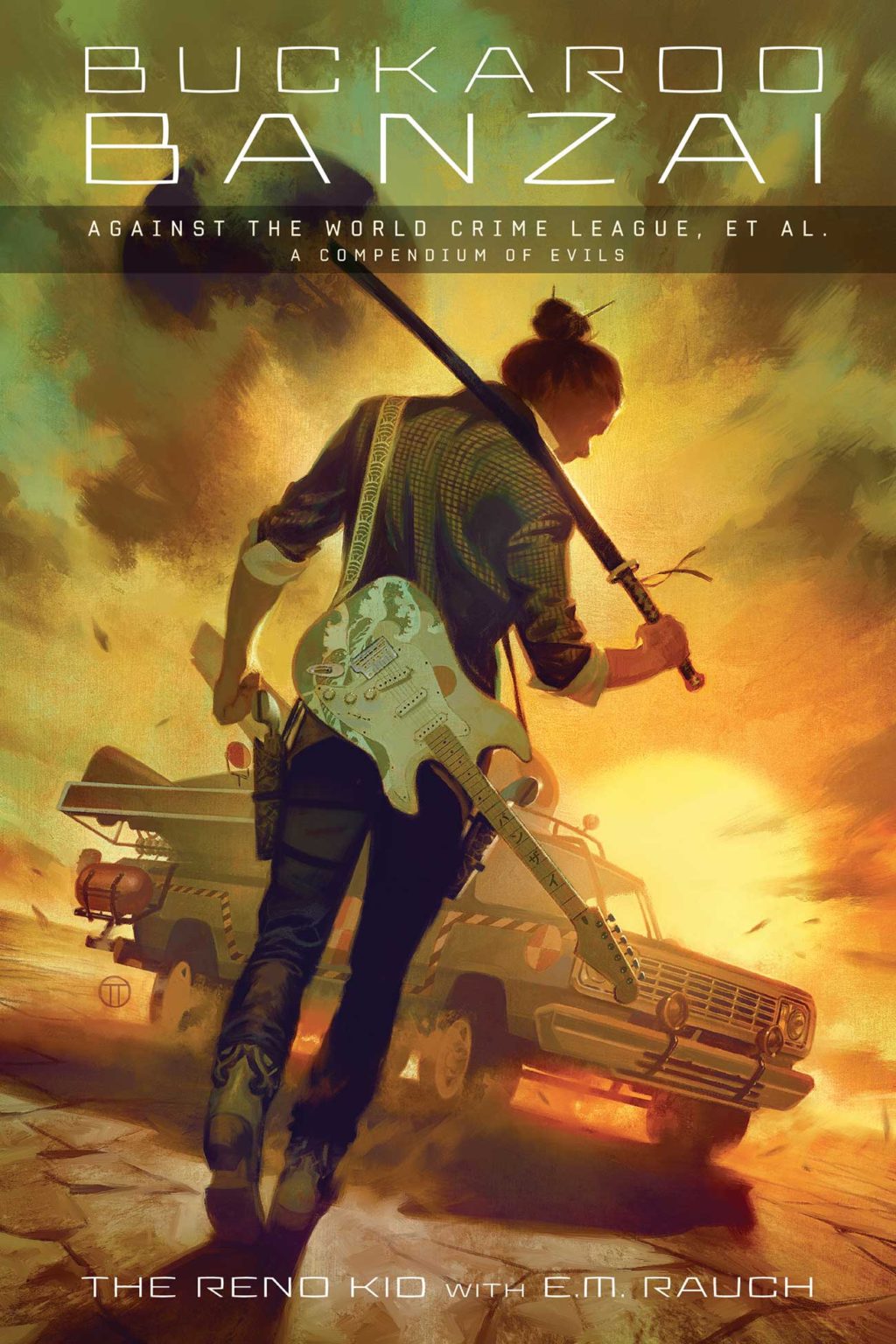 Still mourning the losses of his beloved Penny Priddy and his surrogate father Professor Hikita, Buckaroo Banzai must also contend with the constant threat of attack from his immortal nemesis Hanoi Xan, ruthless leader of the World Crime League. To make matters worse, Planet 10 warrior queen John Emdall has sent her Lectroid legions against Earth with a brutal ultimatum. Or is her true target Buckaroo Banzai? As the apocalyptic threats continue to mount, only Buckaroo and his Hong Kong Cavaliers stand in the way of global destruction—or in the words of one of the movie’s iconic lines: “Laugh-a while you can, monkey boy!”

Buckaroo Banzai Against the World Crime League is a 544-page hardcover prose novel that will have a SRP of $29.99 and will arrive on August 10, 2021.