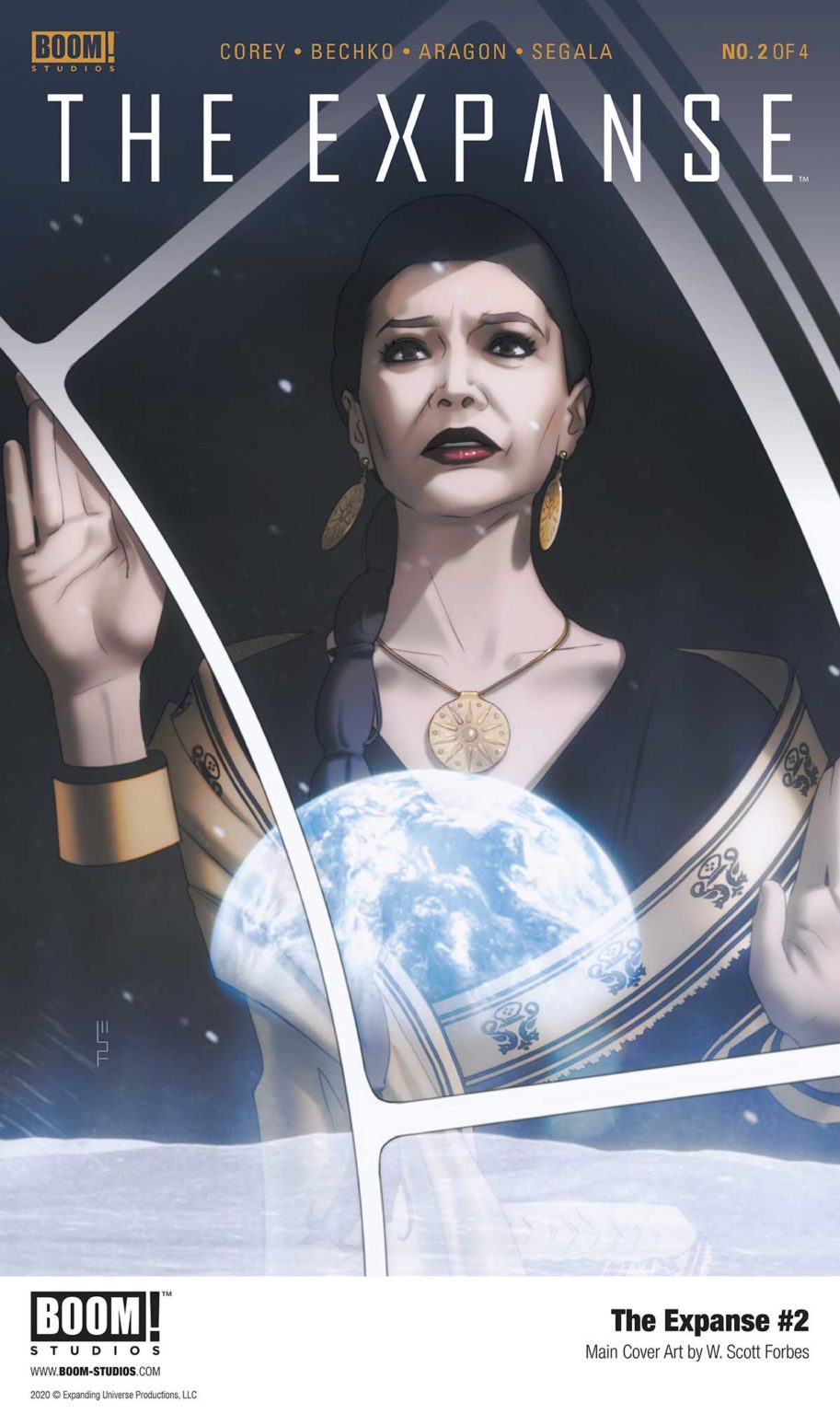 BOOM! Studios has released an early look at The Expanse #2 from writer Corinna Bechko, and artist Alejandro Aragon.

Avasarala is approached by the cabal behind the black market Martian weapons dealings, who offer to help her reclaim the thing she wants most – her former political power. Trapped between a return to glory and a chance to do the right thing, Avasarala’s ultimate decision will lead to fatal consequences. Meanwhile, Bobbie has made a breakthrough in her investigation – but every victory comes with a price…