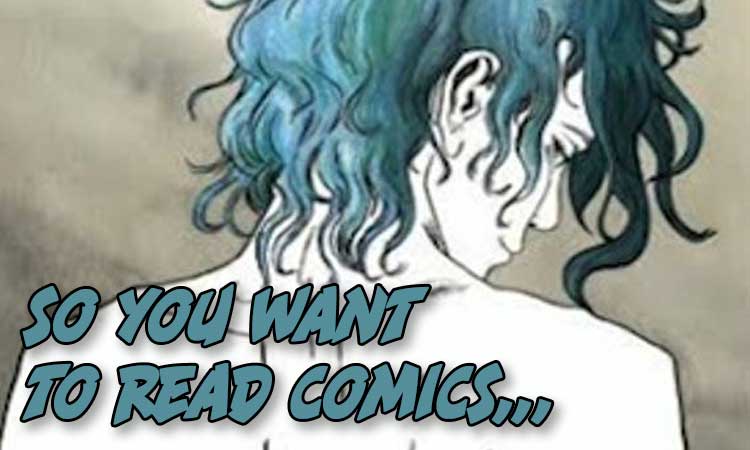 So You Want To Read Comics: Indie Film Edition

Get your wide profile shots and plucky ukulele soundtracks ready, it’s time for So You Want To Read Comics, our weekly feature where we look at a single topic and then recommend some comics for new readers, based on that topic.  This week we’re looking at indie films.

Big budget films have a reputation of being designed to be consumed by as many people as possible.  Not that this is necessarily bad, but this results in a lot of them not having much to offer in terms of opinion, message, or style, simply because they are trying to appeal to as many sensibilities as possible.  On the other hand, indie films often reflect their creators in far more apparent ways. This leads to indie films oftentimes being more daring in terms of style, subject matter, and plots.  These films also excel at representing stories of people that aren’t always represented well or at all.

Films like Do The Right Thing,  Clerks, Reservoir Dogs, Easy Rider, The Royal Tenenbaums, all challenge the typical movie going experience while shining a light on corners of life that typically go unseen.  These comic books have a similar effect.

Blue Is The Warmest Color

Perhaps better known for its film adaptation that was generally well received,  Blue Is The Warmest Color is the story of Emma and Clementine two women who fall in love with each other and then the perils of their relationship.  While the story itself isn’t exactly revolutionary,  there’s a realness and ugliness to the proceedings that you don’t always see in love stories.  It doesn’t hide away from the less glamorous aspects of being in a relationship and the way that they address the issue of intolerance towards homosexuality is unnerving and unpleasant to look at.  Also, the book takes an unconventional approach towards it’s look.  The art has a rough feel to it that’s enjoyable and the selective usage of color (blue, go figure) is effective and doesn’t feel hokey in a way that other comics who have used this technique do.

Anything from Kevin Smith tends to be a “love it or hate it” sort of situation. This comic is no different.  There’s no denying that Kevin’s film Clerks is a landmark of independent cinema history, that created a cult following and spawned a shared cinematic universe over a decade prior to Marvel’s swing at it.  Two characters who have ascended beyond their side character status into cultural icons are Jay and Silent Bob and this comic tells more of their adventures that take place between the movies Chasing Amy and Dogma.  Basically, if you enjoy Kevin Smith’s brand of comedy and his long winded thumbing of efficient dialog traditions of big studio cinema, this will be right up your alley.  You’ll also probably recognize some things in this book that would later appear in his films released afterwards, which is fun for fans.

Did these recommendations pique your interest? Do you have some suggestions of your own? Let us know in the comments section below.