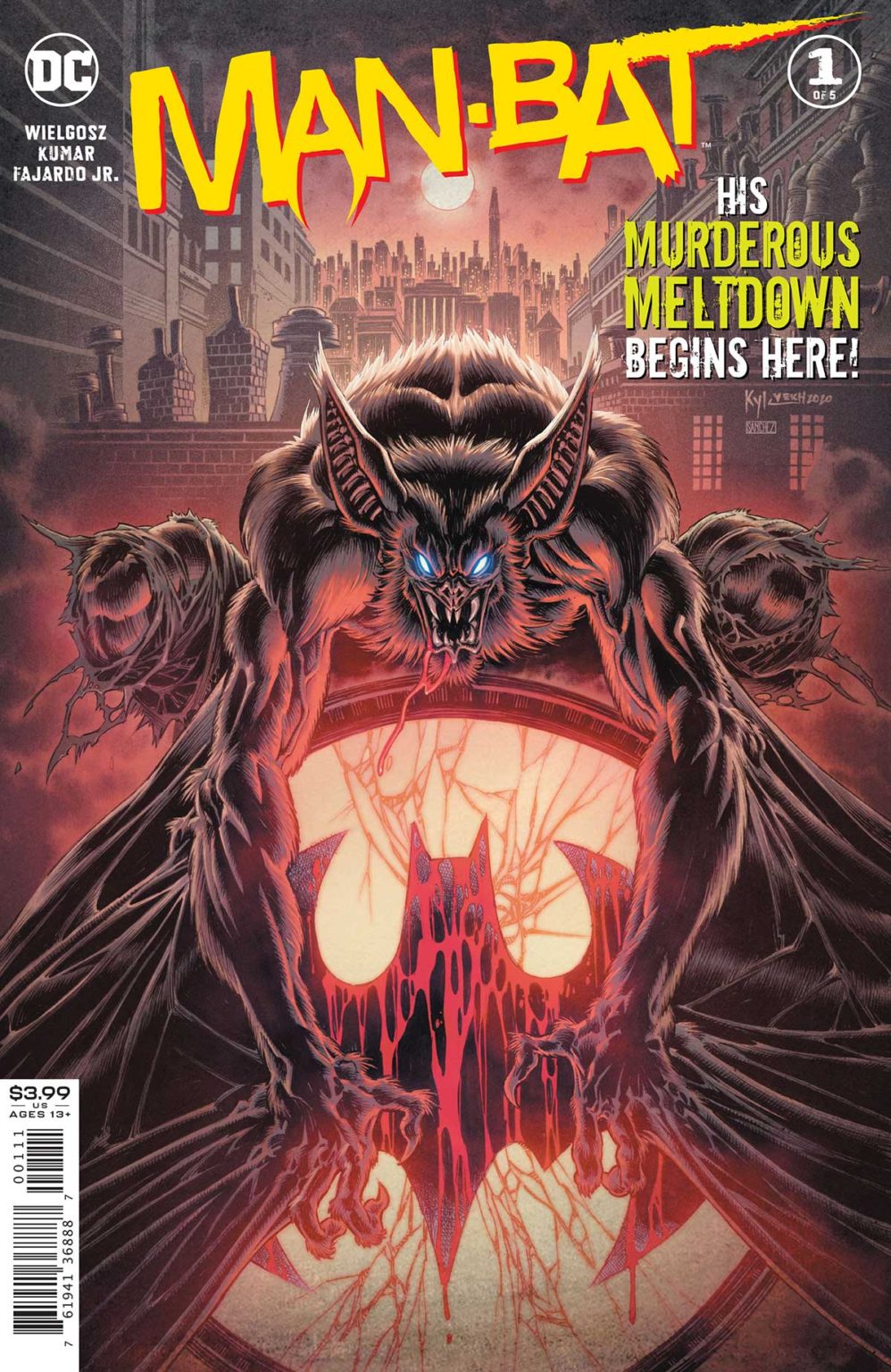 Kirk Langstrom returns to his own series in February, and we have a first look Man-Bat #1 from DC Comics, after the jump.

For years Kirk Langstrom has struggled with his monstrous alter ego Man-Bat and the serum that transformed him. But he’s finally hit rock bottom following a devastating setback, and he’s going to take out his anger on every single citizen of Gotham City. Will the combined might of Batman and the GCPD be enough to stop Langstrom once and for all? Or will this just be the start of Man-Bat’s devastation?

Man-Bat #1 is written by Dave Wielgosz, with art by Sumit Kumar, Romulo Fajardo, Jr., and Tom Napolitano, and is scheduled to arrive on February 3, 2021.