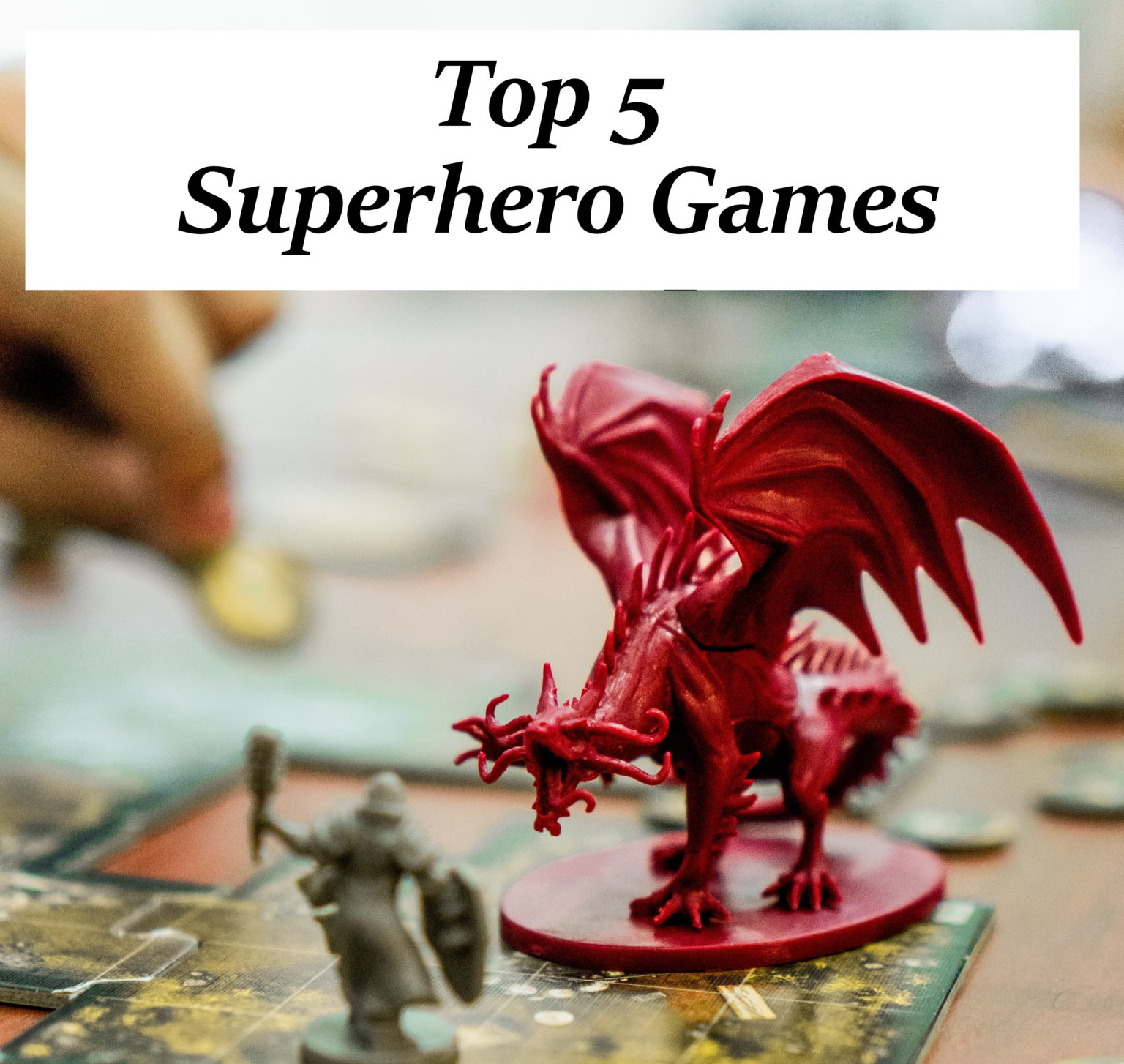 In this week’s TTRP Corner, we look at the superhero genre and pick out the top five tabletop games in you want to play a crime fighting champion!

I have been thinking a lot about the superhero genre lately. I feel that often game balance gets in the way of feeling like a superhero. How do you balance Superman with Zan from the Wonder Twins when your twin is elsewhere? A system must be able to balance both type of heroes so that players feel like they are being effective. My first game I played involved superheroes. When I was younger, I made a martial artist type hero called Captain Nobody because I was an edgy kid. However, as an adult my work is almost always fantasy with some semblance of Cthulhu and science fiction mixed in. As I jump back in, I’ve created a list of games that I personally enjoy labeled from simple to complex.

The FATE system is a great rule system for its simplicity. The biggest incentive is how quickly you can make a character and get right into gameplay. Like all FATE games, the system is really going to benefit from the creativity of the players. It is more up to the player to decide what they are going to do with their powers over what the rules tell you to do. Which is great for experienced players who are used to the freedom of the game. I enjoy ICONS a lot for short term campaigns and there is a lot of fun to be had with the right group.

You can check out Icons here.

Prowlers and Paragons is a simple system that uses d6s. The better you are in a given action or skill, the more dice you can roll. What I like about the system is that it allows for simple rules that allow the story to really come to the forefront. Additionally, the rules allow for easy customization meaning that you can make any superhero very easy most of the time. Even silly ideas like “I always want to find loose change” can be designed within the system making your character very useful when looking in between couch cushions. With these things, you are sure to get a diverse cast of characters and the GM has the freedom to create a solid story.

You can check out Prowlers and Paragons here. While I think this game fits a Noir genre as well, City of Mist has you playing a character with an aspect of myth associated with you. You are effectively an ordinary man who is a vessel for an extraordinary being. The system uses playbooks that allow you to explore the world and solve crime, however each playbook has a supernatural element to it. The Kitsune playbook, for example, has abilities about blending in but also has the supernatural abilities of the trickster fox spirit. City of Mist uses the Powered by the Apocalypse system. The Apocalypse System uses a two six-sided dice to solve most mechanics. It is easy to use and a good amount of crunch and freedom. However, the playbooks don’t allow for a huge bit of versatility in your choice. Some cool ideas here that I would love to explore in depth one day.

Check out City of Mists here.

We are starting to get into the systems that are crunchier and more difficult to understand. Mutants and Masterminds is a game that takes the familiar d20 system and makes it more heroic. Like D&D and Pathfinder, the game is easy to play in theory, but it can get crunchy quickly. This game features something called Power Level. Instead of classes, you spend your power level to buy your attributes and abilities. Which in theory lets you play anything you can afford to play. The biggest problem with this game is balance. There are going to be certain abilities that work better than others. Unlike other games on this list, your choices can potentially gimp your character and make you noticeably weaker than other players which is unfortunate. The game is still solid, and it will be familiar to your Dungeons and Dragons players which is enough reason to pick it up.

Check out Mutants and Masterminds here! 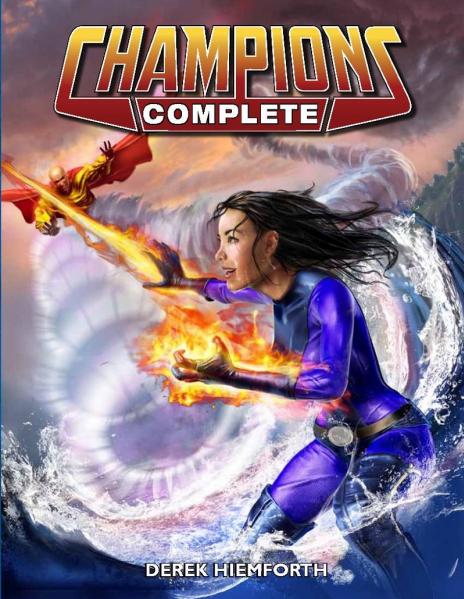 This is my favorite tabletop system purely for its nostalgia as this was the first game I have ever played. This takes the core idea of Mutants and Masterminds and punches it into overdrive. But because of how complicated the game is, it opens a whole new plethora of possibilities in character creation. Champions starts with 250 points that you can build anything with. You can put 0 to 90 points into your strength score and that amount of choice gives you a lot of freedom in your hero. I love it but I hate teaching the system to new players because it is difficult to learn. But once you get the hang of it and arrive on a character you enjoy, then games run very smoothly. Lowkey, I would love to one day write a streamlined version of this in my own game design career. There is also a slightly less complicated fantasy supplement as well.

You can check out Champions here.

Savage World is a super popular game, but I don’t enjoy the exploding dice mechanic and therefore did not make my list. DC Heroes RPG was okay, but I believe it is out of print and I’ve heard good things about Marvel Super Heroes but have not personally played it or read the book.

There are plenty of options for superhero games out there and hopefully you can find a system that you will enjoy. I know the sea of games can be intimidating but perhaps this list will give you a place to start.