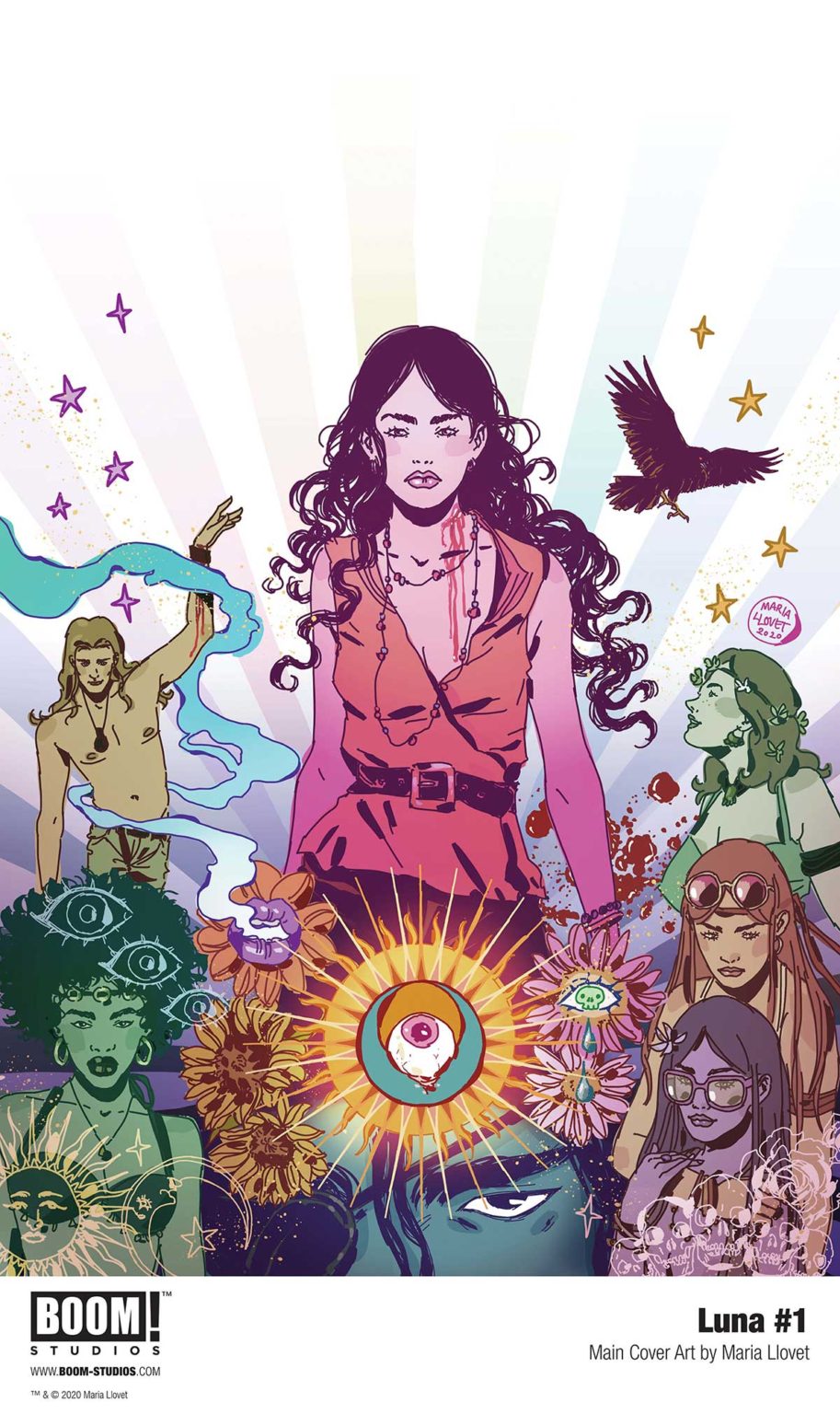 Maria Llovet has a new book dropping at BOOM! Studios in February 2021, and after the jump you can get a first look at Luna #1.

When Teresa fatefully crosses paths with the Family of the Sun, she believes them to be exactly what anyone else in the late ‘60s would expect – a hippie cult whose leader claims to have met the divine. But secret blood rituals, powerful drugs and sex runneth amok will bring Teresa face-to-face with the truth about the Family, herself and the dark secret behind her dreams.