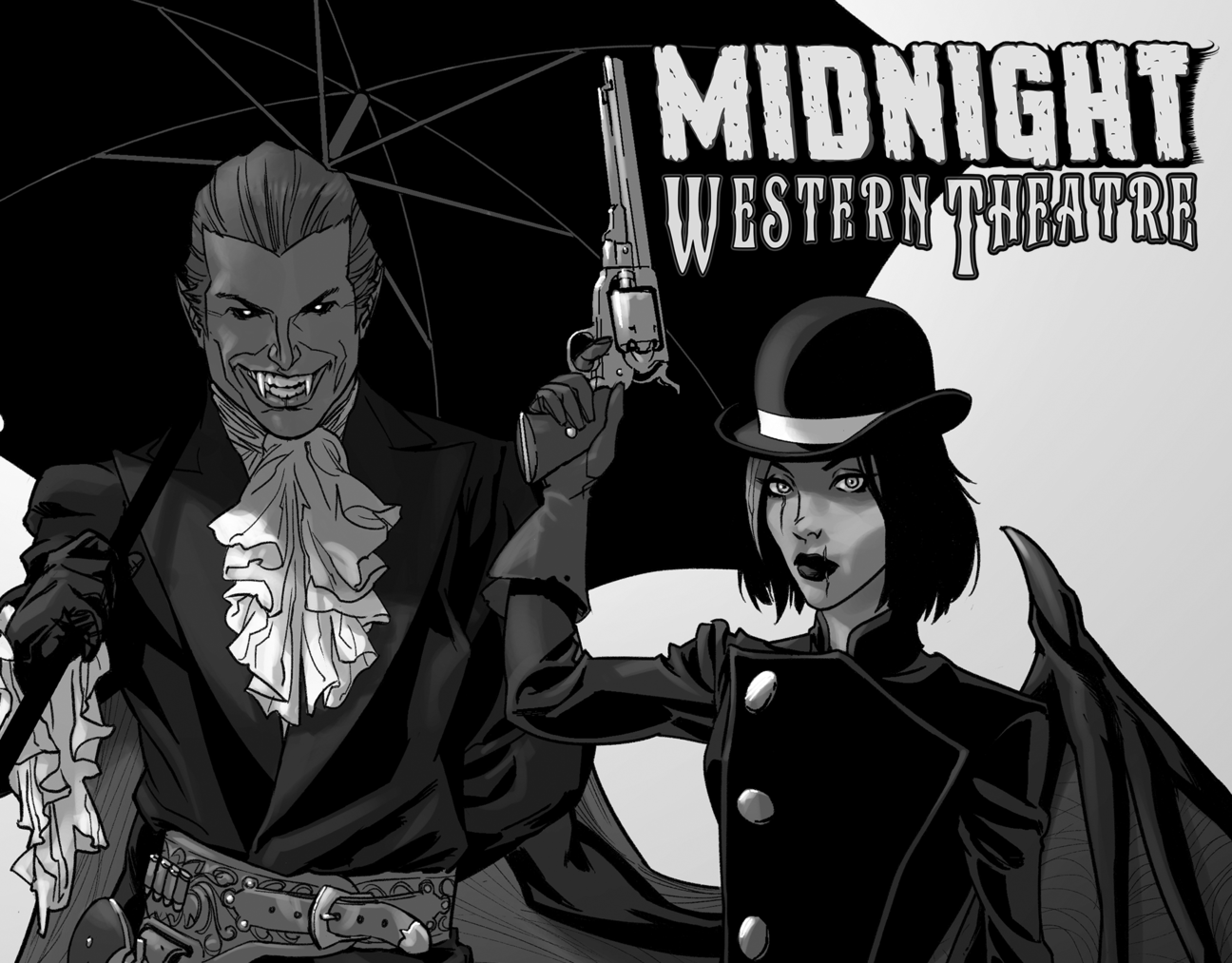 Welcome to the Midnight Western Theatre! Our feature presentation is a series of tales spanning across the turbulent 1860’s of the United States of America. It is a time where rights have been wronged! Where the guilty plague the innocent! Where man and beast have little difference! HOWEVER, the new frontier has far more dangerous threats than the folly of man! Threats that are MYSTERIOUS!!! STRANGE!!! DEADLY!!! In such a chaotic era, who is brave enough to face these most dastardly beings? Enter our heroes, The Woman In Black and her right-hand man, Alexander Wortham! Together, they must confront what no one else can on this journey of blood, betrayal, and self-discovery!

“This is my second comic book series, and I still find it hard to believe that it’s made it this far since I first thought of the idea while I was bored at a caf,” said series writer Louis Southard. “I was sitting there daydreaming, and I thought to myself, “Oh, goth cowboys! Never really seen that before.” For some odd reason, that idea never left my brain. Now, Midnight Western Theatre is a real thing, and that’s just insane. I love this book’s world and the characters in it, so it’s going to be great sharing it with others now. I’m pretty ecstatic to work with Scout on this series, because I know it’s in good hands and the story will get the treatment it deserves!”

As you know, I’m a big fan of the Weird Western genre, and this is a book that will probably find its way to my reading pile.