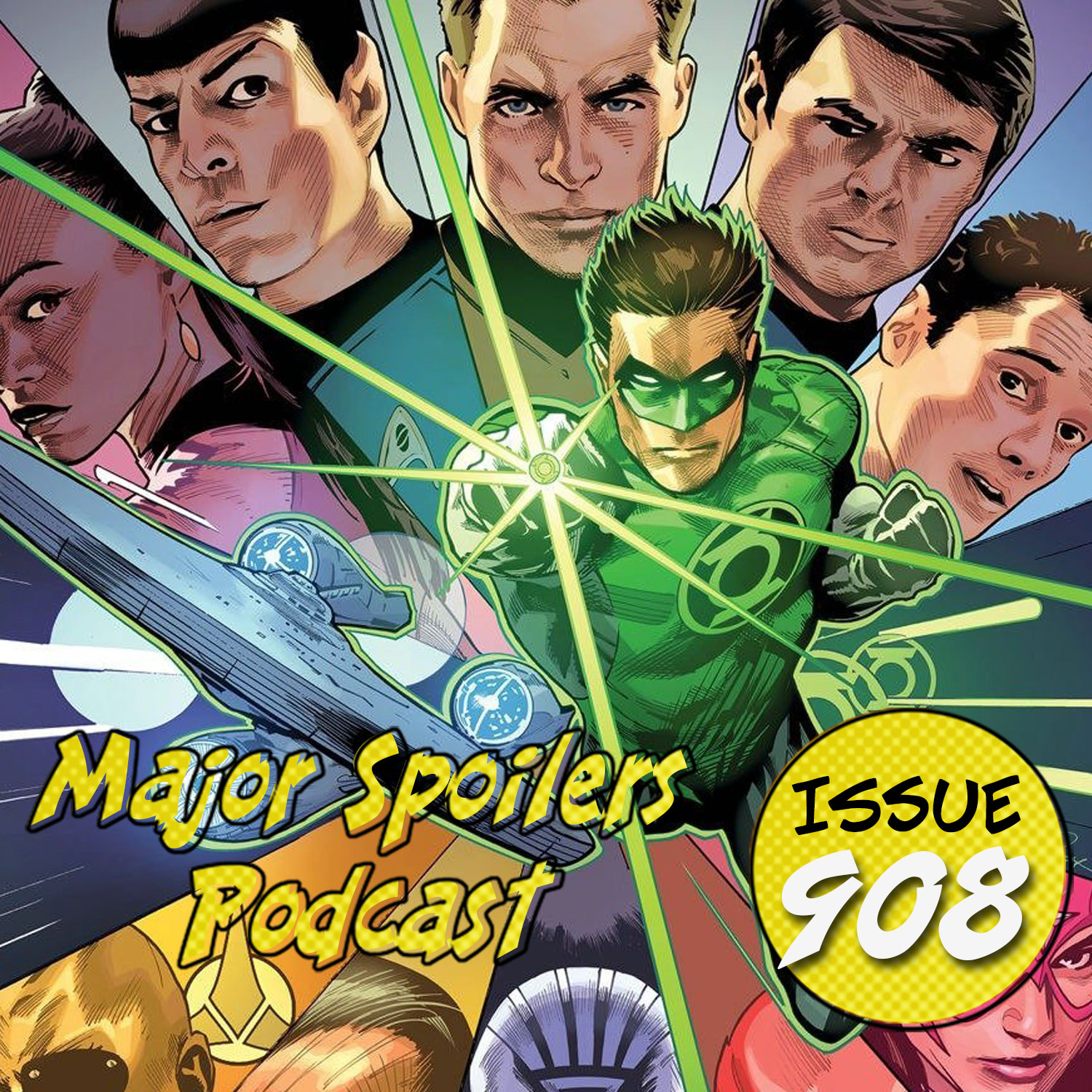 Two major franchises collide this week as the Green Lanterns and the Federation take on Nekron! We talk The Last Witch #1, Avengers #40, Pizza and Taco, and His Dark Materials!

Number 11 on our #12DayCountDown: stay warm and stylish with this #AnimalCrossing Dodo Pilot Jacket now available at #NintendoNYC! pic.twitter.com/QG9Il7vbQC

In a special live stream event, Lucasfilm debuted a trailer for its publishing initiative, never-before-seen covers and concept art, and announced new details on forthcoming books, comics, and more. StarWars.com Team Star Wars: The High Republic kicks off tomorrow, when the first books in the multimedia initiative arrive.

In the all-new era of the glorious HIGH REPUBLIC, the noble and wise Jedi Knights must face a frightening threat to themselves, the galaxy, and to the Force …

Marvel Studios presents “WandaVision,” a blend of classic television and the Marvel Cinematic Universe in which Wanda Maximoff (Elizabeth Olsen) and Vision (Paul Bettany)-two super-powered beings living idealized suburban lives-begin to suspect that everything is not as it seems. The new series is directed by Matt Shakman; Jac Schaeffer is head writer.

STEPHEN
THE LAST WITCH #1
Writer: Conor McCreery
Artist: VvGlass
Publisher: BOOM! Studios
Cover Price: $4.99
Release Date: January 6, 2021
It’s the one time of the year when the witch known as Cailleach hunts the children of the village – so Saoirse, a brave and reckless young girl, decides this is the perfect opportunity to defy her father and discover the secrets of the witch’s tower!
But when the Cailleach captures Saoirse and her brother Brahm, their lives are forever changed in ways they never expected.
Now, Saoirse will have to save everyone she loves by discovering the truth about the mysterious mark on her shoulder – and embracing her secret magical powers!

The infamous firebird of cosmic destruction and rebirth known as the Phoenix Force has returned to Earth to find a new avatar. So now the Avengers and some of the most powerful heroes and villains in the Marvel Universe are being called into a competition unlike anything they’ve ever seen. A globe-spanning battle that will transform them all and ultimately decide…who will be the all-new Phoenix.

RODRIGO
PIZZA AND TACO: BEST PARTY EVER
Writer: Stephen Shaskan
Artist: Stephen Shaskan
Publisher: Random House Books, Young Readers
Cover Price: $9.99
Release Date: January 27, 2021
Pizza and Taco have the oh-so-relatable problem of not knowing what to do when boredom strikes. The answer? Throw a party! They have a location, and a guest list, and decorations. Everything is perfect… until it isn’t. In fact, it’s kind of a disaster! Ice Cream has a meltdown, and who knew Hamburger was lactose intolerant? (Who invited Cheeseburger anyway?) Well, now they know how not to throw a party! This hilarious young graphic novel with chapters will tickle the funny bones of kids ages 4-7 and bolster their reading confidence.

ASHLEY
HIS DARK MATERIALS 2.7 (SEASON FINALE) Æsahættr
Starring: Dafna Keene, Amir Wilson, Lin-Mauel Miranda
Studio: HBO Max/BBC
Release Date: 12/28/2020
As all paths converge on Cittàgazze, the mission to find Will’s father becomes more pressing. Having survived the balloon crash, Jopari and Lee try to locate the knife bearer, but the Magisterium are in close pursuit. Ruta updates Serafina on Asriel’s plans, but Serafina insists her duty is to Lyra. Mary consults the I Ching on her task after bidding goodbye to Angelica and Paola.

Star Trek Green Lantern The Spectrum War
Writer: Mike Johnson
Artist: Angel Hernandez
Publisher: IDW Publishing, DC Comics
Cover Price: $19.99
Kirk and Spock make a most unusual discovery on a lost world: a ragtag group of Lanterns, lead by Hal Jordan, who were forced to flee a wave of destruction that wiped out their entire universe! But how did they get here? What does their arrival mean for the Federation? What exactly were they running from…and did it follow them?
CLOSE
Contact us at podcast@majorspoilers.com