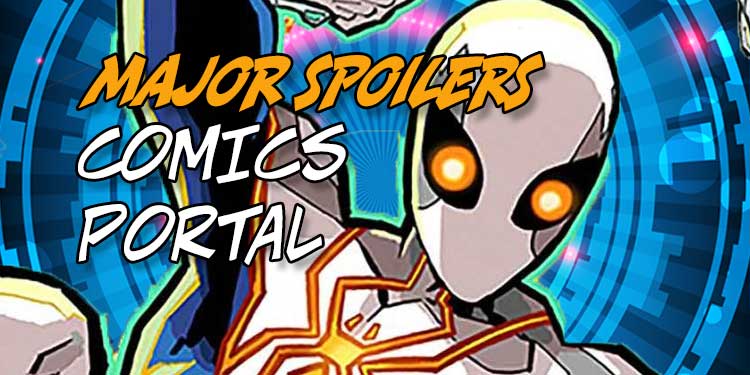 Every so often, a superhero just has to try on new duds! Don’t worry, though—it’s only temporary! As reported here at MajorSpoilers.com, Spider-Man will have a new outfit as of issue #63! Marvel did quite the build-up regarding this new suit, as designed by Patrick Gleason.

I found the response by Thomas Perkins to the aforementioned article to be one of the best: “Of all the costumes I have seen Spidey wear, this certainly seems to be one of them.” Talk about an understated (and underwhelmed) reaction!

Look, Spidey has had a wide variety of costumes over the years. Probably the most memorable of them was the “black” outfit that turned out to be the symbiote from space. It is now an important part of the “King of Black” event going on now at the House of Ideas.

I remember way back when this change took place. I was standing in a shop in Orlando, Florida, when I first came across it. I grumbled out loud when I saw it. The guy standing next to me laughed, and a conversation began. We became friends as a result of it. I guess I owe the symbiote a debt of gratitude for sparking that friendship.

However, let me give you my reaction to the new duds. I think it’s a cool costume. Is it a good Spider-Man outfit? Sorry, not at all. Will Peter Parker be wearing it permanently? No, not a chance. I give it maybe six months, tops. After that, we return to the “classic” red and blue.

When things like this happen, I often want to start a betting pool so we can at least have fun with temporary changes like this. When will the red-and-blue return? What day and/or month? And one of us might make a couple of bucks while we’re at it.

I’m not alone in this response. I’ve seen comics creators and fans alike react with less-than-excited responses. We all know it won’t last forever. If it turns out to be Ultron in disguise, I’ll be less than surprised. (Get it? Like the symbiote was!)

Don’t get me wrong! I think the world of Mr. Gleason’s art and design. This would make an excellent costume for another character! Just not Spider-Man! I’ve read several people online asking just why Marvel did this. We all KNOW it’s only temporary. So why make a change like this?

When the din dies down, Marvel will announce: “Because YOU demanded it! The return of the classic costume!” And sales will get a bump up again while the costume either fades away or is given to someone else—maybe the Prowler?

Spider-Man has had other duds in the past, including the “Iron Spider” outfit, the recent shiny Spider-symbol costume, the white-and-black FF uniform, Ben Reilly’s Scarlet Spider duds, and the Miles Morales outfit, just to name a few. However, the classic costume always comes back.

The House of Ideas hasn’t only done this with Spidey. The FF have changed their uniforms occasionally, although they have lasted longer. Also, Iron Man has a multitude of armors he can choose from.

I have to once again tell my favorite Iron Man outfit story. I was at a convention in Chicago years ago when Tony Stark was wearing his “Coca Cola” armor—red and silver that resembled the famous Coke cans of the day. I was at a panel discussing Iron Man when the editor showed off several new armor designs they were considering. Each gathered a mild amount of applause.

Then the editor asked how many liked the current armor. The response? Silence. Deafening silence. It didn’t last long because we all broke out in laughter when we realized not a single person in this crowded big meeting room liked it. At all. While we were laughing, the editor leaned in to the microphone and announced: “YOU WILL SEE A CHANGE!” That made us laugh even more.

It seems like Wolverine’s costume change has lasted the longest (although it seems like the guy inside has been what’s been shifting around over the years).

Of course, Marvel’s not alone in this dance of the superhero costumes. Superman recently went trunk-less as one of his many outfits. He also has been solid blue or red, electric blue, and had a cape that tattered easily. Let’s not even start on Batman’s many outfit incarnations including his ears, okay?

COMICS ARE A VISUAL MEDIUM, AFTER ALL One of the greatest aspects of comics is the fact that it relies so heavily on visuals. I often like to point out that artists have an unlimited budget when it comes to special effects and the like. They are only restricted by their imaginations… and the script, of course.

It’s also true that fans will pick up a comic based on its cover art. If it’s cool, well, we’ll often at least try one issue. (Granted, it takes a great story to keep us coming back, though.)

One of the great things about comics is the way they marry the written word to the visuals. The best comics do that effortlessly. You know, like Claremont/Byrne on X-Men, Wolfman/Perez on New Teen Titans, Snyder/Capulo on Batman. I have trouble separating the two in those circumstances.

If you’re Marvel, you have to already consider the new Spidey suit a success. All of us talking about it are providing free advertising for the current run of comics featuring the hero. If they had to pay for the space taken up by all of us providing videos and columns discussing the change, that might have cost them good money. Instead, they’re getting all this for free—well, they did have to pay Mr. Gleason to design it, but nothing else beyond that!

So, we’ll see just how long the new suit (that resembles Gravity’s duds, after all) sticks around. If it is gone on June 1 of this year, I want compensation since I’ll win the betting pool!

What do you think? Do you like this new Spidey-suit? Whether you do or not, how long do you think it will be around? Which one of Peter’s outfits do you prefer? Whatever your opinions, be sure to share your thoughts below!