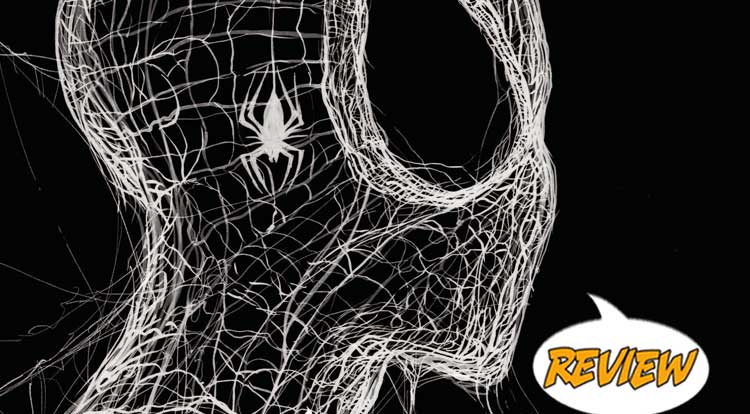 Kindred’s horrific plan is nearly complete.  And Peter Parker’s friends may not recognize Spider-Man, even if they can find his remains.  Your Major Spoilers review of Amazing Spider-Man #55 from Marvel Comics awaits! Previously in Amazing Spider-Man: If you thought the buildup TO Kindred was intense, the fallout FROM Kindred is even more devastating.

Kindred has been repeatedly killing Spider-Man and reviving him from the dead, just to torture him, but now he has the entire Order of the Web in his clutches as well.  Of course, it’s not Spider-Woman, Ghost Spider, Miles Morales or Madame Web that he’s after.  It’s Mary Jane Watson, who walks into the trap in the hopes of stopping the villain, now revealed to be an undead Harry Osborn.  While Harry’s dad monitors the situation from outside, Peter, MJ and Harry have a very awkward “family dinner” together, discussing the good old days and how Harry feels betrayed by the end of his relationship with Ms. Watson and the beginning of her love affair with Peter.  Mary Jane tries to reason with Harry, explaining that if he has to take out his rage on someone, he could take it out on her, causing the villain to pause… just long enough for his insane father to enter and blow her up with a pumpkin bomb.

And then he calls for his partner, The Kingpin, to finish the game!

Up until that last page, I was really feeling this issue, but the sudden appearance of the Mayor of New York as Osborn’s accomplice feels very puzzling for me, especially since Norman’s return seemingly sweeps Harry/Kindred off the board without a second thought.  Visually, this issue is a mixed bag for me, as Gleason provides incredibly stylized art that combines aspects of Todd McFarlane and Humberto Ramos’ take on Spider-Man, to the detriment of both.  It’s incredibly creepy at points, so kudos is due there, but on the whole, the strange body proportions and sudden changes of perspective are incredibly ’90s and wearying after a while.  I will say that his facial expressions are very vivid and engaging, and the sight of Kindred’s maggots once again suffocating Peter Parker is skin-crawling and quite effective.  If it weren’t for the last page swerve, honestly, I might have rating the whole thing higher for the creepy factor alone.

In short, Amazing  Spider-Man #55 promised an incredibly shocking ending and it delivered on that (in ways that worked and ways that really didn’t), but the story in these pages hits the mark more often than not, earning 3.5 out of 5 stars overall.  I will be back next week for the next issue, so that’s a mark in the win column for this book, and if the Fisk reveal plays out well, I’d definitely be willing to read more.

I'm not in love with the art, but the story hooked me pretty well... until the big swerve at the end. I think I'll be back next issue to find out what it all means, though.