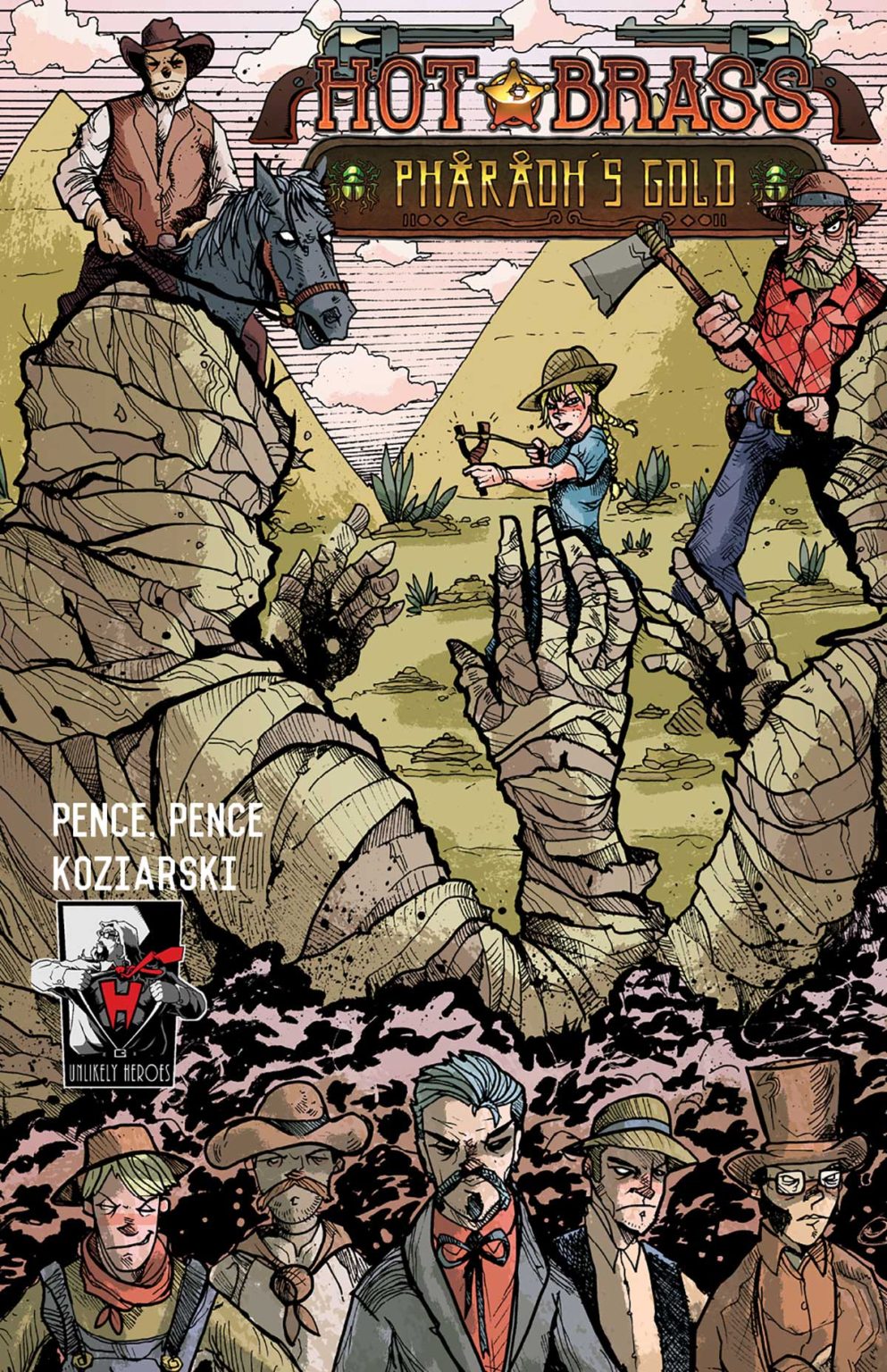 Unlikely Heroes Studios has announced the digital release of Hot Brass Pharaoh’s Gold from father son team of John and Will Pence.

Hot Brass, Pharaoh’s Gold started with then-ten-year-old Will asking the important question that all parents face sooner or later: Who would win in a fight between cowboys and mummies? Immediately, the father-son team set out to find the answer. Hot Brass starts with a train robbery, wakes up a bunch of mummies, and calls in the sheriff to sort it all out over the course of 32 pages of wild fun.

Art duties for this book are handled by veteran comics artist Joe Koziarski, who started his career working on Speed Racer in the ‘90s and worked with Pence on The Ballad of Brighid of Atlanta in 2015.

“This book has been nothing but fun from the get-go,” Pence says, “I loved introducing my son to the process, and I loved his input. Honestly, a lot of the best visual gags are his. He’s a natural. And I knew I could count on Joe to capture the innocence, fun, and wackiness of this world.”

“I wanted to make something that was explicitly written for kids,” Pence continues, “because The Surgeon definitely is not. This book does have some alcohol, tobacco, and firearms, but it’s nothing you wouldn’t have seen on a kids’ show in the ‘50s.”

“I was just minding my own business one Tuesday afternoon,” says Laurie Foster, publisher and editor of Unlikely Heroes, “and out of the blue, John’s like, ‘Hey, you know that cowboys n’ mummies thing I’ve been fooling with on and off? It’s done.”

“I was plenty busy with Unthinkables and The Surgeon, but if one of your creators comes to you with a complete, funny book that’s going to engage new comics readers, what are you gonna do?”