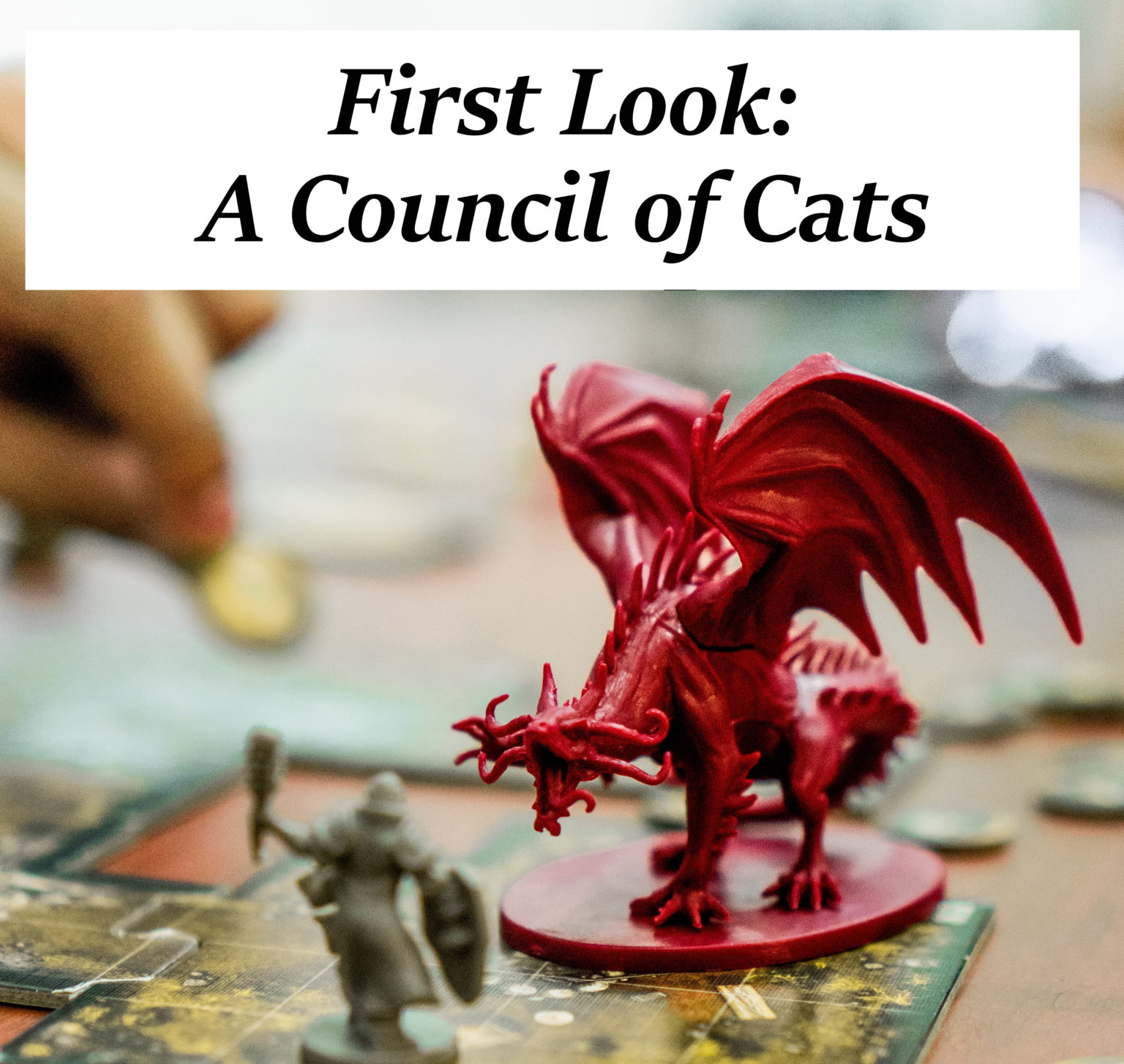 Ever wanted to transcend into a better, more majestic form? Ever think being bipedal is too much work when you have four perfectly good limbs? Well check out the micro-ttrpg A Council of Cats on TTRP Corner!

Council of Cats is a short tabletop RPG inspired by the rules of Lasers & Feelings. Players take the role of a divine cat that is touched by the gods. Your subjects are the humans around you and you have the divine power to rule. The game has a simple tagline.

BE REGAL. BE CAPRICIOUS. BE DIVINE.

Council of Cats is a micro-ttrpg. While it doesn’t explicitly say, it appears that the game is intended as a one shot. The game calls for a GM, a group of players with a handful of six-sided dice, and a way to keep track of your character. Beyond that, you just need cat-like reflexes and a mind of creativity.

There are actually two sections to think while setting up the campaign. The setting and the characters your PC’s are creating. The game initially requires you to decide your temperament. Are you wild or stoic? Perhaps you are somewhere in between? Depending on what you choose you gain a number between 2-5 that affects your odds within the game itself. After that you have a few charts that determine things like your traits, your human handler, and your sanctum.

Additionally, you must decide the setting. Are you working in the future or the past? Perhaps Ancient Japan or a futuristic Africa. Each option has a table you can pick from with an option to roll randomly. If you want my honest opinion, I think a gaming group is going to have more fun rolling randomly for their characters and settings. Only changing if you are extremely dissatisfied with your roll.

This seems like a great game for a one-shot. This is something you can pull with a group of friends when a player isn’t able to arrive for some reason and you need something to do. Or perhaps you just need a break from your serious Kult campaign and this looks like a great change of pace. This game doesn’t however have the sustaining power for a long term campaign. Luckily, the game doesn’t advertise itself as such and with a cheap price tag, it is easy to pick up and start playing.

The game itself is fairly straightforward. Even a new player shouldn’t have any trouble getting into it. The challenge of the game master is to remind the party that they are… well… cats. And they must think like a divine cat which is probably not what they are used to playing. Luckily, I think the system encourages unique traits and ideas. You aren’t strangled by the ruleset to act in a certain way.

While I think they could have added some more explanation prior to the rules, the rules itself are well written and well thought out. I was given Petitioners of Zed a while ago and this is a very different change of pace. The writer seems to be fairly creative and diverse in his game mechanics writing. If I were to use this game, I think it could be a great introduction to a new setting. If I based a game in a Chinese-inspired city, then perhaps seeing the world as a cat could give some new and interesting insight. You can purchase the game here.