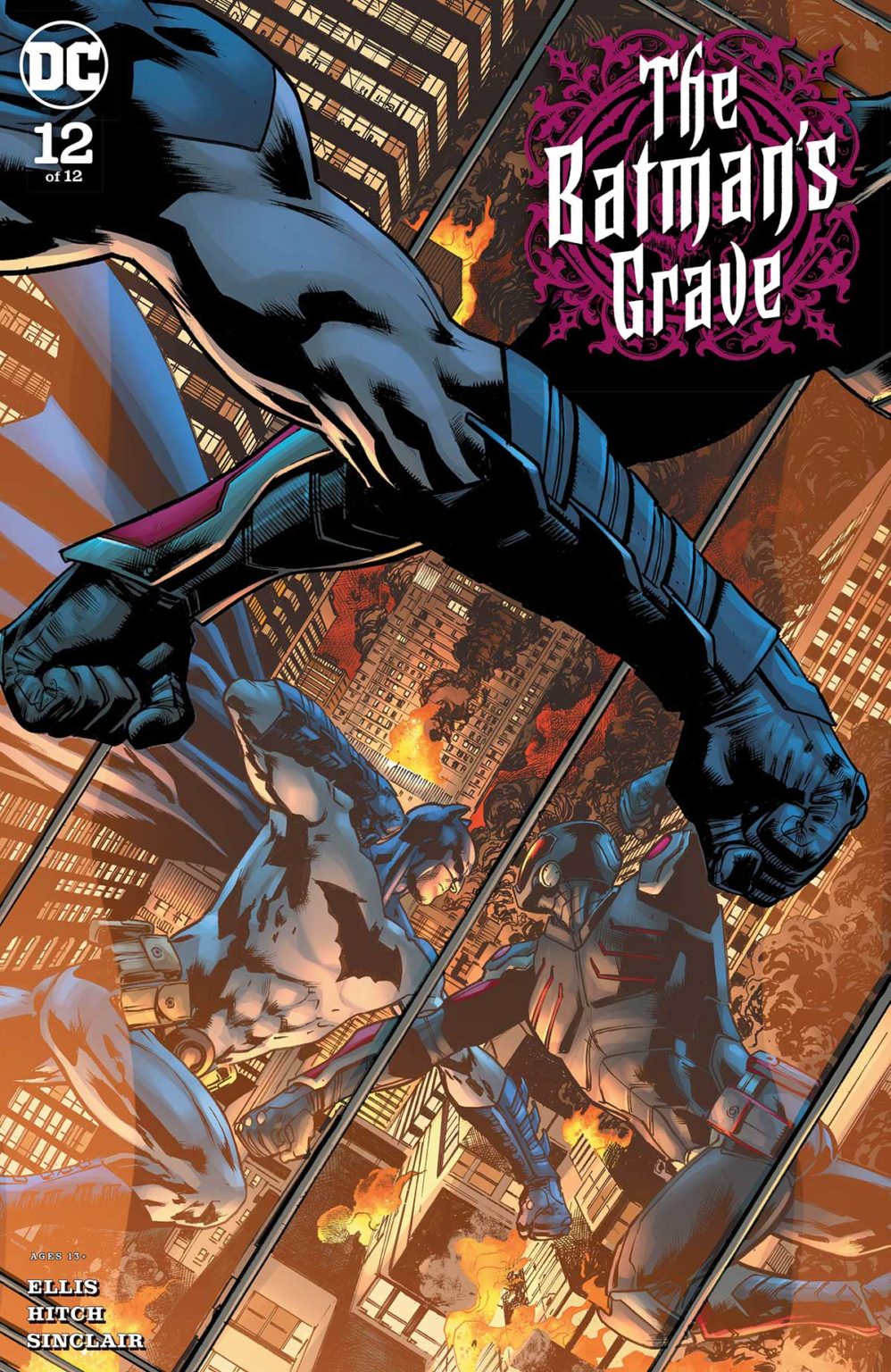 THE BATMAN’S GRAVE #12
written by WARREN ELLIS
art and cover by BRYAN HITCH
variant cover by KEVIN NOWLAN
$3.99 US | 32 PAGES | 12 OF 12 | FC | DC
In this final issue, Scorn makes his final move to destroy justice in Gotham City! Injured and alone against an army of chaos, Batman has one chance to save the city: his ability to think like the victim. But the victim is always dead. The Batman can only win by using the approach of his own death.