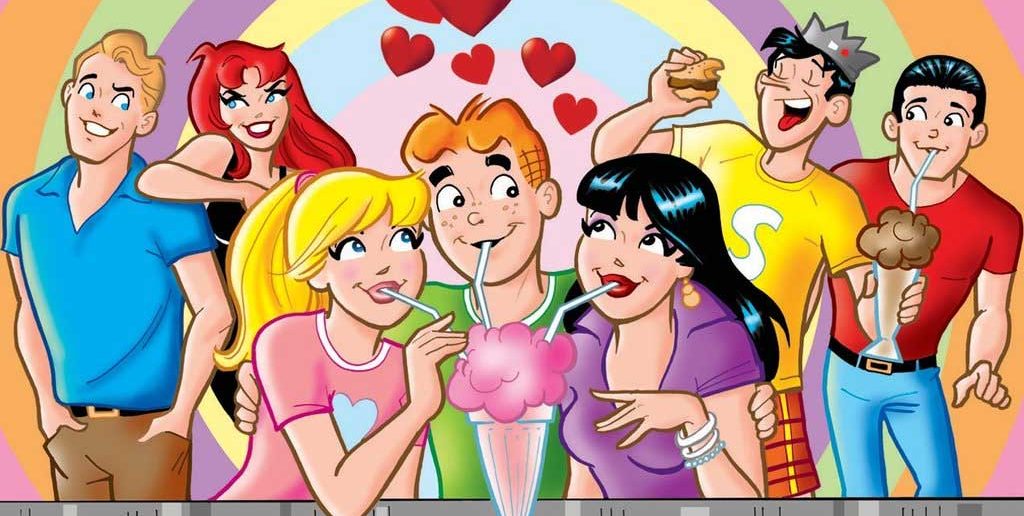 92Y and Archie Comics are collaborating on a new, online comic book class for kids, “Create Your Own Comic Book,” featuring legendary and award-winning Archie writer/artist, Dan Parent, as the instructor.

In the four-week class, kids ages 9-13 will learn to draw, write, and create their own comic book— and explore Archie Comics’ iconic characters, Archie, Jughead, Betty and Veronica, Josie, Sabrina, the Teenage Witch, and more. Participants will familiarize themselves with the characters and style via copies of the comic book. The class, offered at $200, is the latest addition to 92Y’s Virtual Afterschool program, which was launched in September; it brings together two organizations with New York roots.

“I can’t think of a better way to introduce kids to the world of comic books and illustrating than through the eyes and ears of Archie, Jughead, Betty and Veronica and the Riverdale gang,” said Lauren Wexler, 92Y Afterschool Director. “For many of us growing up, those richly drawn fictional characters and the world they inhabited served as an introduction to teenage life – friendship, romance, and the adventures and challenges that define what it means to be a teenager. We’re so excited to collaborate with an iconic comic book brand in this endeavor.”

The Archie Comics line of comic books is one of the most successful, longest running brands in the history of the comic industry. Archie Comics have sold 2 billion comics and are published in a dozen different foreign languages and distributed all over the world. Archie Comics has spawned characters whose popularity have spilled over into other media and who have become part of popular culture.

“Archie Comics are, and always will be, for everyone – from age seven to seventy. Partnering with an institution like 92Y and having Dan teach some of the amazing lessons he’s mastered over his legendary career is just another example of that,” said Archie Comics Co-President, Alex Segura. “We’re excited to engage and help foster the next generation of Archie Comics fans and creators while also providing some educational entertainment during these very challenging times.”

Artist Dan Parent
Dan Parent is an American comic book artist and writer best known for his work for Archie Comics. He has worked on a wide variety of Archie projects in his 33-year career there, including the landmark Love Showdown series from 1994, the reimagining of the Betty & Veronica Spectacular series from the early 2000’s, landmark storylines featuring Archie and Valerie from Josie and the Pussycats, Archie Meets Batman ’66, and the creation of the series’ first openly gay character, Kevin Keller (Keller was given his own solo book in 2011, which won a 2013 GLAAD award for Outstanding Comic Book). Parent is a multiple Harvey Awards nominee.

ABOUT ARCHIE COMICS
Archie Comics is the leading mass market comic book publisher in the world and the home to a wide array of the most popular humor, action-adventure and superhero characters in entertainment, including Archie, Jughead, Betty and Veronica, Reggie, Kevin Keller, Josie and the Pussycats, Sabrina the Teenage Witch, Afterlife With Archie, the Dark Circle Comics superhero characters (The Black Hood, The Fox, The Shield, Sam Hill and more), Li’l Jinx and many more. Archie Comics have sold over 2 billion comics worldwide and are published around the world in a number of languages. In addition to comics, the Archie Comics characters are spotlighted weekly on The CW’s Riverdale and Katy Keene TV series and the Netflix series Chilling Adventures of Sabrina, and have been featured in animation, television, film and music. Follow Archie Comics on Twitter, Facebook, Instagram, YouTube, and the Archie Comics Store.