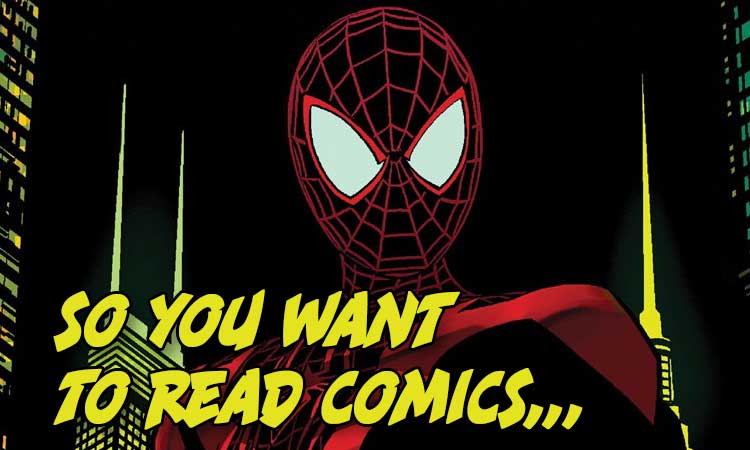 So You Want to Read Comics: Marvel’s Spider-Man Game Edition

Alright you web-heads, it’s time for “So You Want To Read Comics” our weekly feature where we focus on one topic and then recommend comics for new readers, based on that topic.  This week we’re taking a look a the Sony exclusive video game Marvel’s Spider-Man.

Coming on the scene in 2018, Marvel’s Spider-Man was quickly heralded as the definitive Spider-Man experience in video games.  From the villains, to the web swinging, to the writing, everything about the game was praised and for good reason.  Rather than taking the typical approach to superhero media, Marvel’s Spider-Man doesn’t show Peter Parker’s origin or even his first couple of days as a hero.  This game takes place well into Spider-Man’s career, well past where some of Spider-Man’s more well known stories would’ve happened.  But, it also makes some changes that keeps things fresh and unexpected.  Plus, it’s just damn fun to swing around New York City.

But, because of this games unique take on the Spider-Man lore and mythos, jumping into just any Spider-Man comic might just leave you scratching your head.  So, here are a couple that will make that leap a bit easier.

One of the major features in any Spider-Man game, Marvel’s Spider-Man is no exception, is the variety of suits offered up as rewards and unlockables.  So, when it came to the first official comic book continuation of the Marvel’s Spider-Man game, they centered the story around one of the more popular suits in the game.  We also get an older Peter who’s gone through the wringer a few times which has painted his personality in a more complex way than you sometimes get with a Spider-Man book.  This comic book also focuses a lot on Peter and MJ’s relationship which was a major aspect of the game and its DLC.  Basically, this comic is a pretty low-risk introduction to comics because as long as you’ve played the game, you know everything you need to know to understand this comic.

As many of you probably know, the follow up to Marvel’s Spider-Man has already come out.  This game focuses on Miles Morales another hero with Spider-Man-like powers, who also calls himself Spider-Man (look it’s a whole thing, don’t think too much about it). In the game we see how Miles and Peter differ, with Peter being more experienced and confident in his abilities, Miles struggles a bit with knowing just how best to use his powers and what role he should have in the well-being of his neighborhood.  We get this same sort of take with Miles in this volume, as Miles comes up against some classic Spider-Man villains, investigates a child kidnapping plot, and tries to navigate a world that isn’t kind to the people he calls neighbors.   As an added bonus you’re introduced to Miles and all the important backstory in the first 10 pages or so of this volume so you shouldn’t be lost.  This is an excellent way to branch out into the wider Marvel Universe as well since Miles often teams up with other superheroes and takes part in bigger events.

So there you have it?  Did these recommendations…stick? Do you have any suggestions of your own? Let us know in the comment section below.