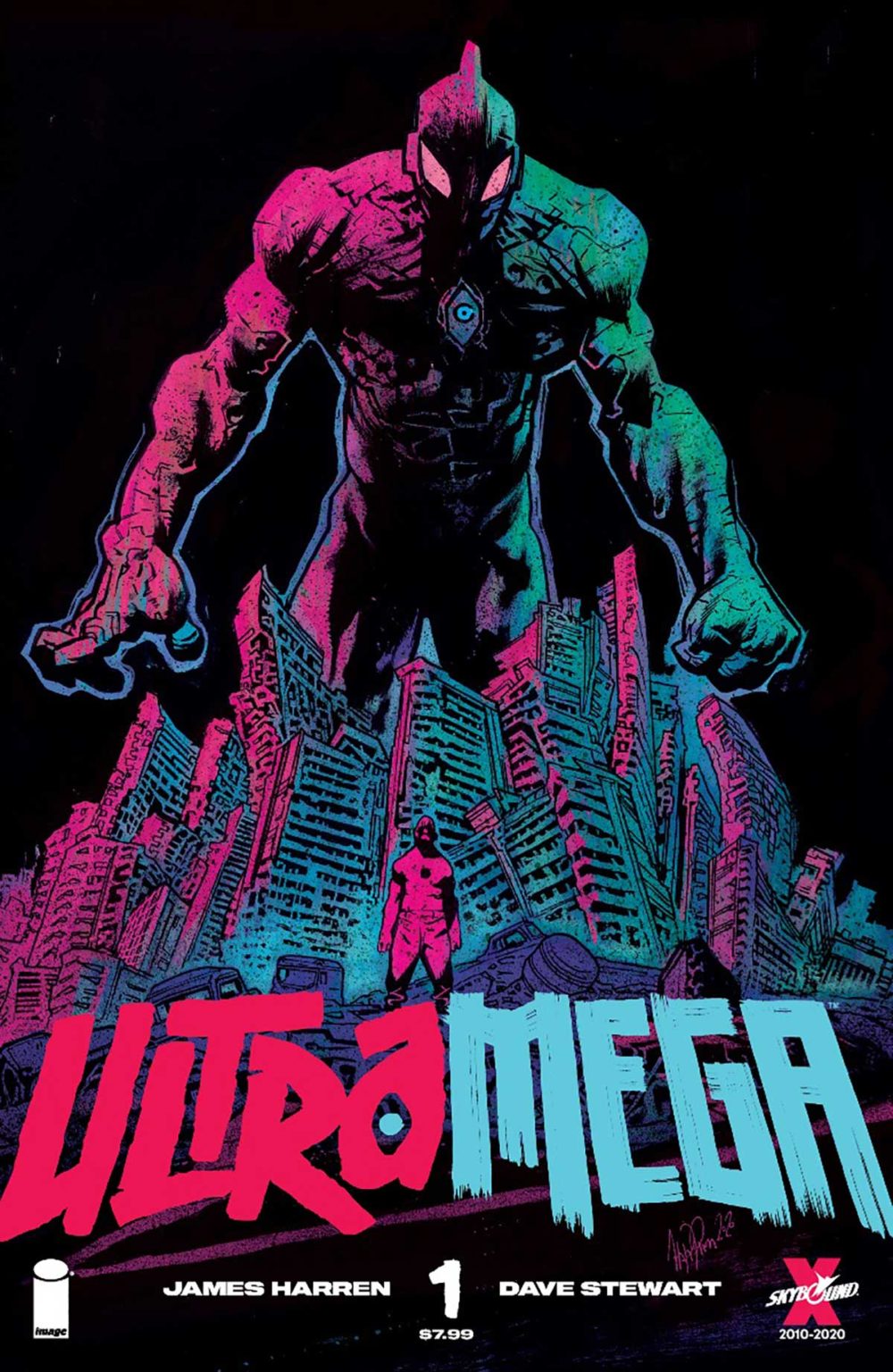 Are you ready for giant kaiju action? Skybound Entertainment has announced Ultramega, a new series from James Harren and Dave Stewart.

In the world of Ultramega, a cosmic plague has spread and transformed everyday people into violent, monstrous kaiju. Only the Ultramega—three individuals imbued with incredible powers—hold the line against this madness. Their battles level cities and leave untold horror in their wake. Now, the final reckoning approaches for the Ultramega… but is this a war they can even win?

“I hope readers appreciate an honest stab at making visceral, surprising, and bizarre comics,” said Harren during a virtual convention panel. “It’s a celebration of the kinds of books I grew up reading—comics that move and curse and bleed. Skybound has given me the unbelievable privilege to play and experiment—and with any luck, deliver a book that doesn’t look like anything else. And Dave Stewart’s there to hit home runs and make the world a better place with his color art.”

The first issue is going to be 68-pages in length, which is something I have mentioned publishers could do to grab people’s attention for new series.