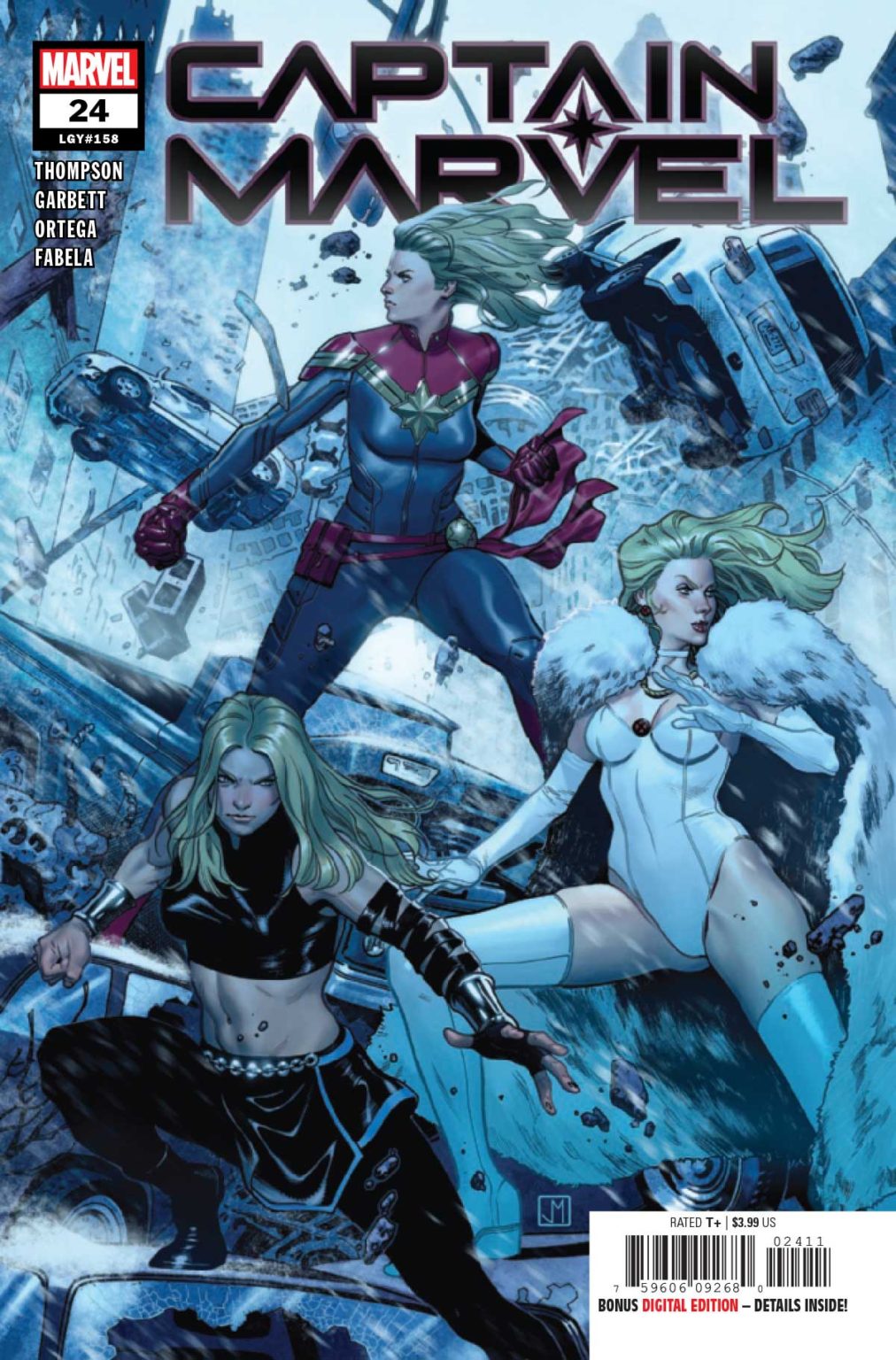 CAPTAIN MARVEL #24
KELLY THOMPSON (W) • LEE GARBETT (A) • Cover by JORGE MOLINA
Knullified Variant by Tradd Moore
FRIENDS OR FODDER?
Captain Marvel finds new allies in this strange new world — but is she sending them to their deaths? As the secrets behind Ove and his stronghold are revealed, Carol and her team find themselves dramatically outgunned. Meanwhile, the mysteries surrounding how and why Carol is here begin to reveal themselves — and they’re not what anyone expected!
32 PGS./Rated T+ …$3.99