By Christopher Rondeau on December 8, 2020 0 Comments

Knull is coming with an army of symbiote dragons! WIll Venom and the heroes of earth be able to stop him? Find out in King in Black #1 by Marvel Comics! 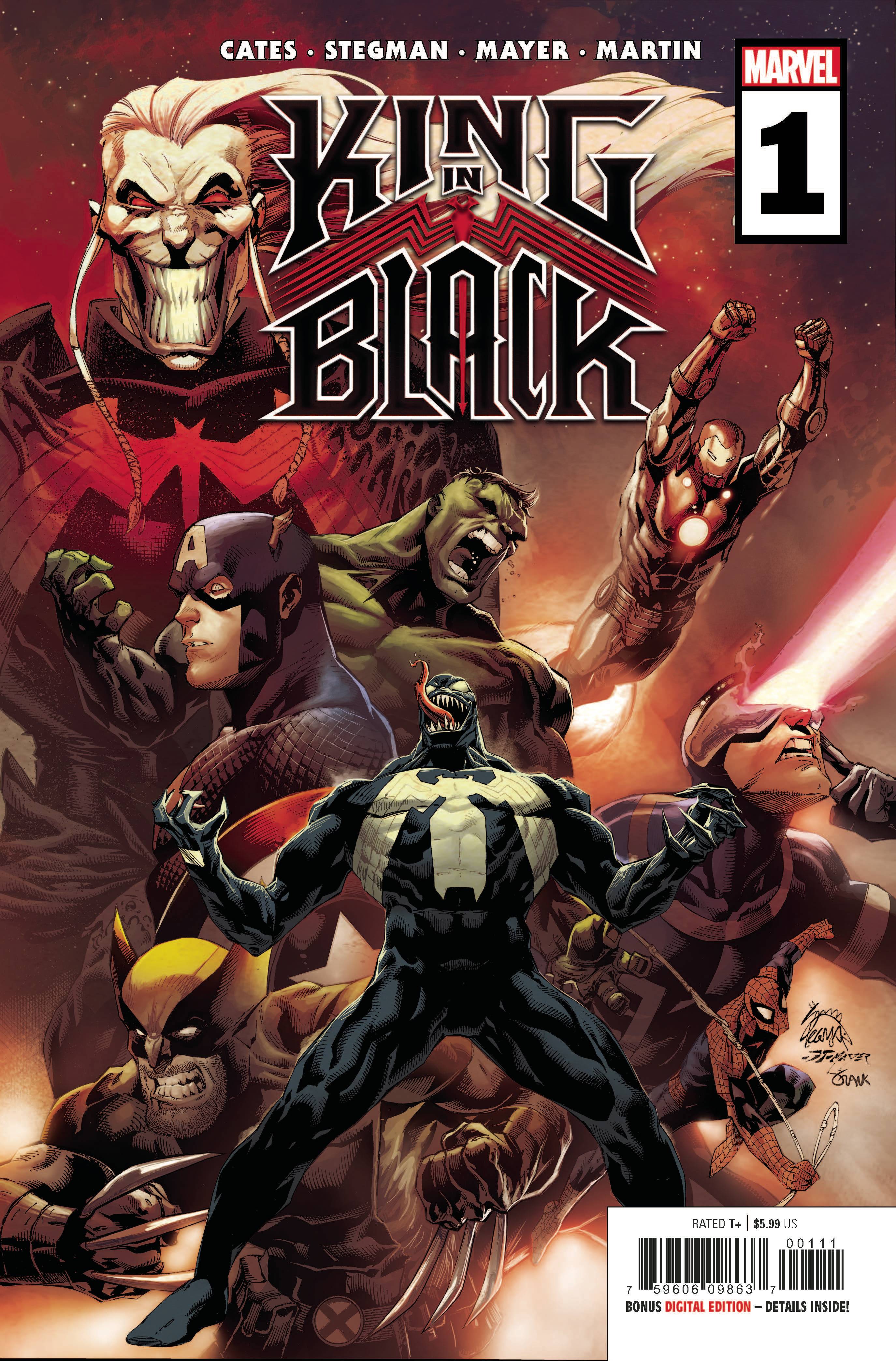 Previously in King in Black: Krull, the creator of the symbiotes, is coming to earth. His goal is to wage war against all of existence. For a long while, he was imprisoned on the planet Klyntar. He comes to earth to find Dylan Brock who is a human-symbiote hybrid created by Venom and Eddie. Now the heroes of earth form the last line of defense before total annihilation.

The issue opens with Eddie assembling the Avengers and placing Dylan Brock in a safe house. The Avengers, X-Men, and many other heroes begin to fight off the symbiote army but are quickly overwhelmed. Even Sentry was unable to last long against Krull. To bolster his forces, Krull summoned symbiote invested celestials to fight any resistance. And to cement his victory, he places the entire world in a symbiote dome, blocking out all light. Eddie Brock opts to fight Krull to buy time for the evacuation effort. Krull is easily able to sever the connection between Venom and Eddie and throws Eddie to his death.

MAN, A LOT IS HAPPENING

I haven’t been following Venom. Venom as a hero that never really caught my attention and I missed the entirety of the Venom run. This story is bonkers. As I backtracked to previous comics for research, the story with Dylan, Eddie, and Krull is crazy! I didn’t know any of this was going on in the Marvel universe and I thoroughly enjoyed the ideas presented. I liked Eddie Brock as a father and seeing him and his symbiote doing their best to protect his son. On top of that, Venom is a visually dynamic character on the comic page. As a hero he is just as terrifying as he was as a villain. Except there is more restraint. I think this is a wonderful exposition to a new event and I am curious to see how this all works out. \

Venom has never been more to me then a Spider-Man villain. But what this event proves is that you can do so much more with the character. And I guess they have and it just hasn’t been on my radar. I think this book is an easy 4.5 out of 5 and I largely attribute this to the shock value of the story. I’m excited to follow this event. I hope to see more parallel between the creator of the symbiotes and his creations with the theme of Brock and his son.

Eddie as a hero is a dynamic character that I never expected would work. This book proves how wrong I am.