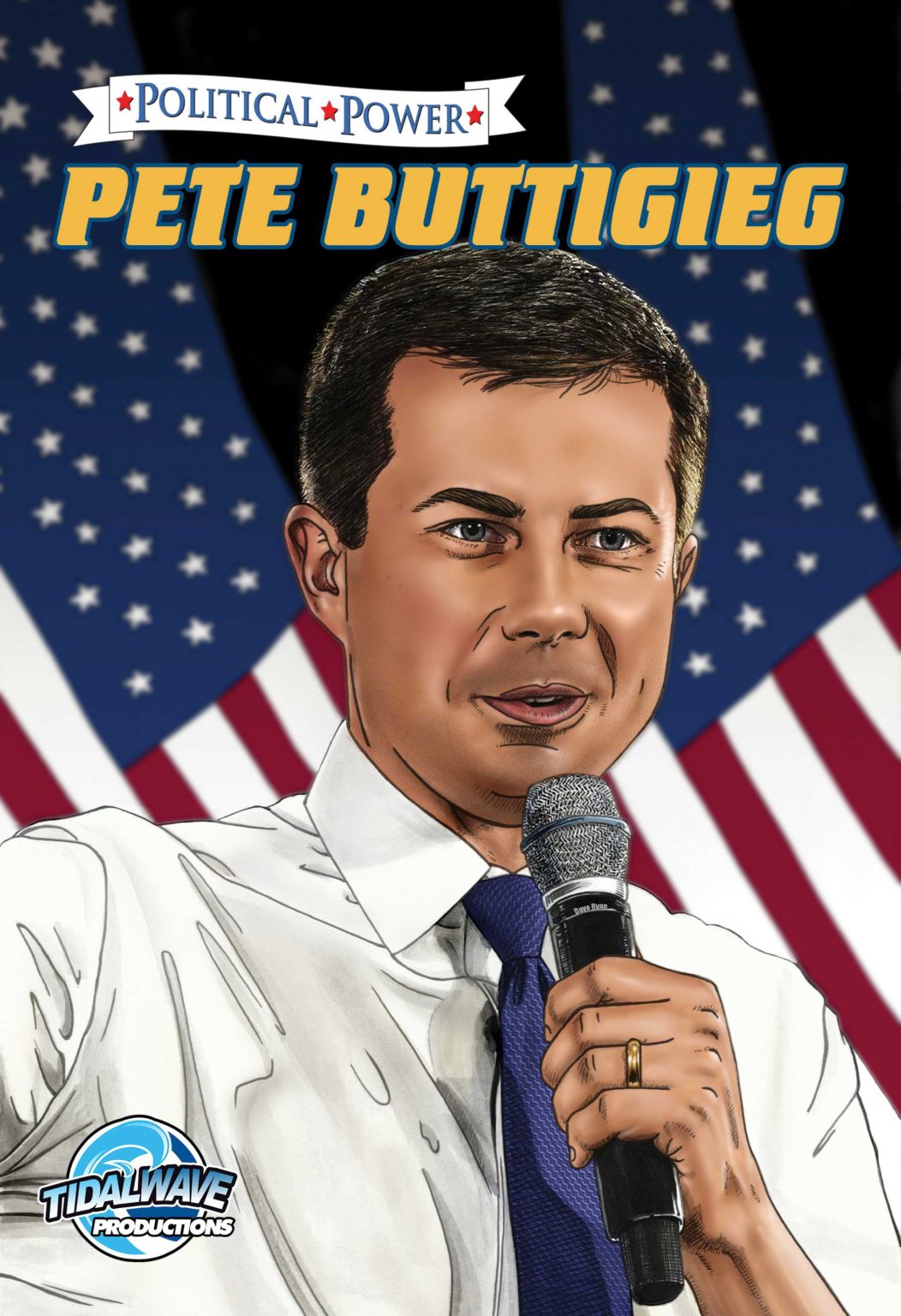 Pete Buttigieg gets his own comic

All the other high profile politicians have gotten a comic book, so why not Pete Buttigieg? The latest entry in in TidalWave Comics Political Power line arrives next week. Written by Michael Frizell, drawn by Juan José Pereyra, this 22-page comic book is available both digitally and in print and can be found on multiple platforms. Cover by famed comic book artist Dave Ryan.

“It’s always a challenge to write a biography comic about overachievers like Pete Buttigieg. How do choose between his accomplishments? When I think about the script, I think about telling the story in about 100 pictures. Although I can’t include everything, I try to select moments that define my subject. I hope that the result gives readers some insight into the decisions he’s made that have made him an important politician at this moment in U.S. history”, said writer Michael Frizell in the same press release from TidalWave Comics.