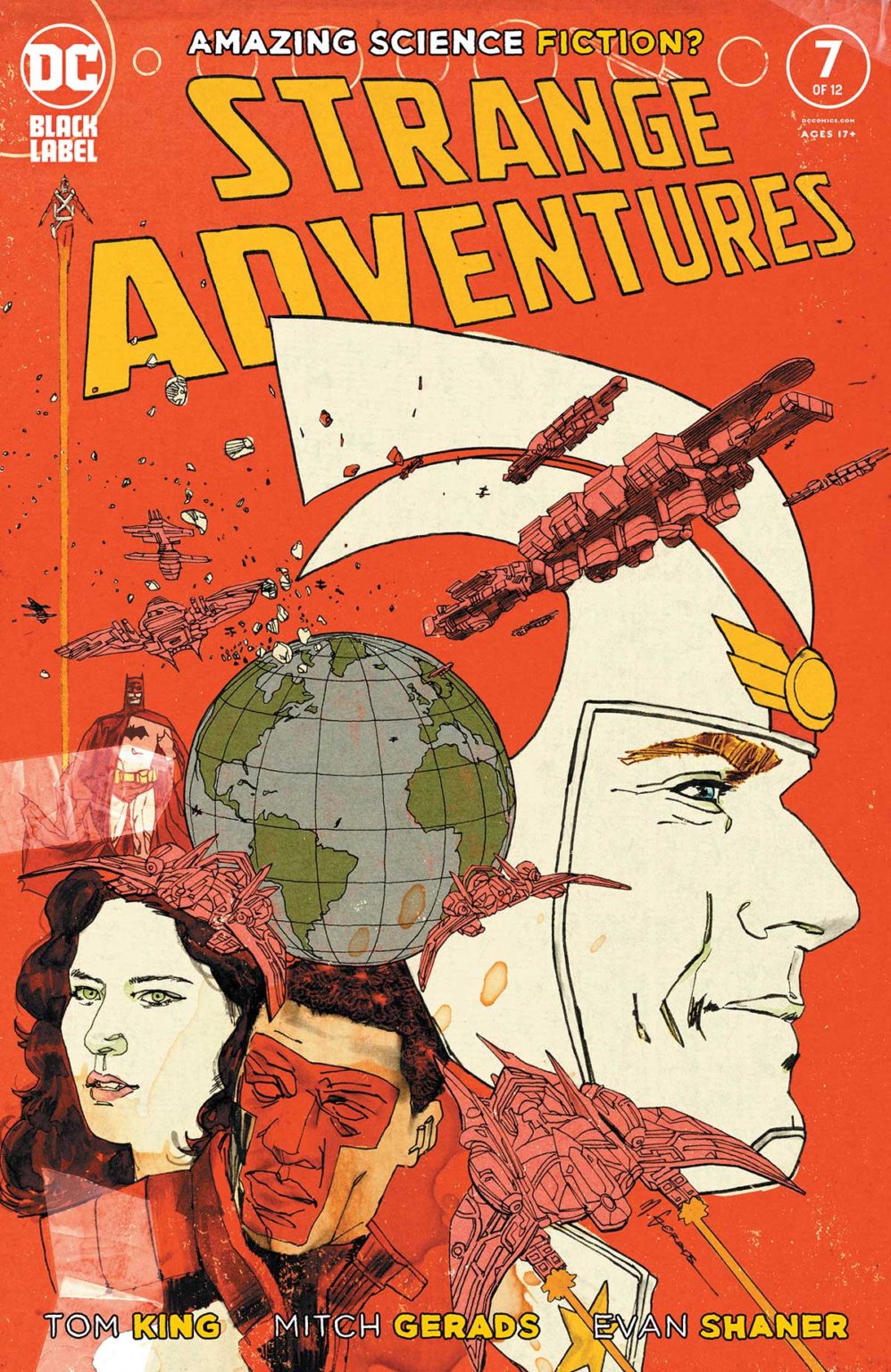 STRANGE ADVENTURES #7
written by TOM KING
art and cover by MITCH GERADS
variant cover by EVAN “DOC” SHANER
ON SALE 12/1/20
$4.99 US | 32 PAGES | 7 OF 12 | FC
DC BLACK LABEL | AGES 17+
CARD STOCK COVERS
Adam Strange was right! In this issue guest-starring Batman, the Pykkts have come to Earth, and they plan to claim the planet as their own. Earth’s greatest heroes have faced alien invasions before, but they’re about to learn that the Pykkts are more formidable, more determined, and more deadly than any invading force they’ve faced before. Only Adam Strange has ever defeated them, but it nearly cost him everything—including his own sanity! How did he survive? Mr. Terrific will need to uncover that secret if humanity is going to survive!