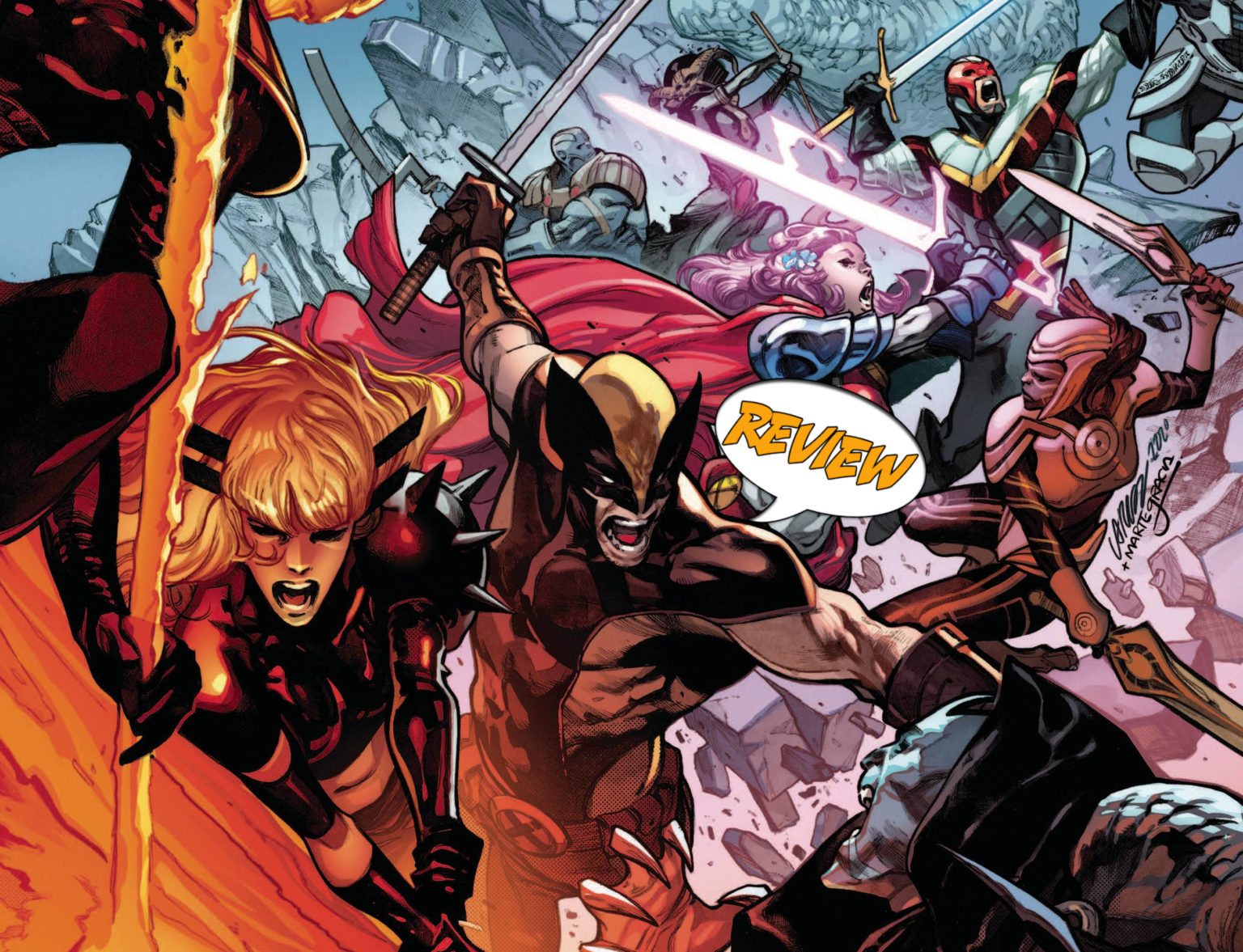 The Finale of the X of Swords event is here! Who will survive this battle between Krakoa and Arakko? Find out in X of Swords: Destruction #1 by Marvel Comics

Previously in X of Swords: Krakoa has won the Contest of Swords but Annihilation is unable to accept her defeat. Now she has sent waves of Amenthi demons to destroy everything. Will the Champions of Krakoa be able to stop the endless horde of demons or is all lost for Krakoa!

The Champions of Krakoa hold a thin line against the enemy. Only through Saturnyne resurrecting the Captain Britain Corps and Magik summoning the X-Men were they able to finally fend them off. However, it is still not quite enough and Cable arrives at the S.W.O.R.D. station to open a portal filled with monsters. Apocalypse and Genesis still engage in combat until Apocalypse rips off the Annihilation helm and dons it himself. He is able to bend the helmet to his will and forces it to surrender.

Saturnyne drops down to talk about the contest and turns the helmet of Annihilation into a staff. She then says that one mutant from each side must go to the other island. Genesis asks for Apocalypse to stay but Apocalypse asks for the mutant island of Arakko to return and reunite with Krakoa. It seems everything is resolved… for now.

UNABLE TO HAVE WHAT SHE WANTS

I expected the tragic hero of this series to be Apocalypse but the writers turned the tables and placed the tragedy on Saturnyne. All she wanted was to be with Captain Avalon, Brian Braddock, but ultimately ended up alone. I wasn’t expecting this ending. I knew the concept of family wasn’t going to be resolved with all characters but never did I expect myself to have sympathy with the ultimate manipulator of this event. It was quite a pleasant surprise really. I admit, I knew that something was going to play out with her but the writers did a good job misdirecting my attention.

I’m a little unhappy that the event put such a big emphasis on the Summers family as opposed to the major players of this event. We saw a lot of Jean Grey, Scott Summers, and Cable but I feel like we lost a bit about Cypher, Wolverine, and Storm. They had some great middle issues but I’m unsure if their plot ever resolved. Perhaps there will be some epilogue stuff coming later that might shine some more light on these characters.

Lastly, the art and coloring was quite good in this story. There are a lot of players and a lot of crazy looking creatures. The creative team did a good job making sure everything was distinct and unique amongst the huge cast of characters. Great job here.

In the end, I think the X of Swords event was a huge success. I’m happy to see that most of the plot lines were concluded and feels like a new chapter for the mutant nation of Krakoa. I’m curious about Mister Sinister and his role in the future and how some of our heroes will cope with the trauma of this event. 4.5 out of 5 stars for me. Wonderful conclusion.

The Champions of Krakoa must now stand against Annihilation and her Amenthi demons!