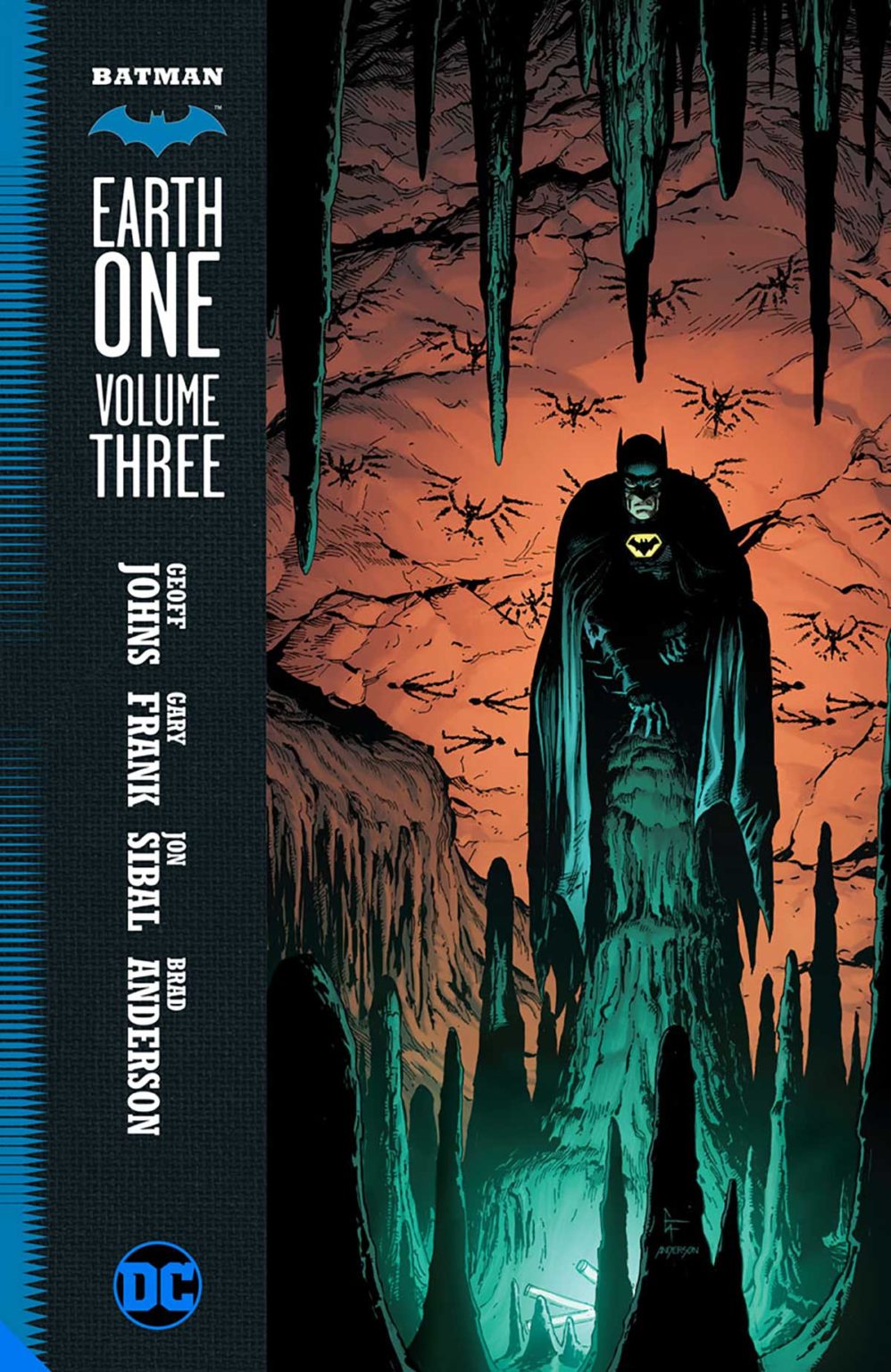 Geoff Johns and Gary Frank return to Earth One

One of the more interesting original graphic novels (or direct-to-trade) series to come out of a major publisher in the last decade has been the Earth One series from DC Comics. In 2021, Geoff Johns and Gary Frank are returning to the series with Batman: Earth One Volume Three. A mysteriously well-armed gang of thieves thrusts Gotham City into a state of fear. The criminals are highly organized and locked and loaded with the latest in military-grade weapons: flame-throwers, grenade-launchers and even tanks.

And this gang claims it is funded by none other than former district attorney Harvey Dent. But Harvey Dent is dead…isn’t he?

Balancing his two lives, Bruce Wayne must find the truth with the help of his growing network of agents, including Alfred, Jim Gordon, Waylon “Killer Croc” Jones, and the savvy new Catwoman. However, Bruce finds himself distracted by the seemingly impossible return of another figure believed dead—his grandfather, Adrian Arkham. He must also comfort his longtime friend, Gotham City Mayor Jessica Dent, who is scarred both physically and mentally from her experience with the Riddler which resulted in the gruesome death of her brother.

But Harvey seems to be back, plotting revenge on a city he proclaims to be guilty. And when Batman discovers the truth to these many mysteries, his entire world starts to unravel…

Batman Earth One Volume Three is scheduled to arrive on June 8, 2021.