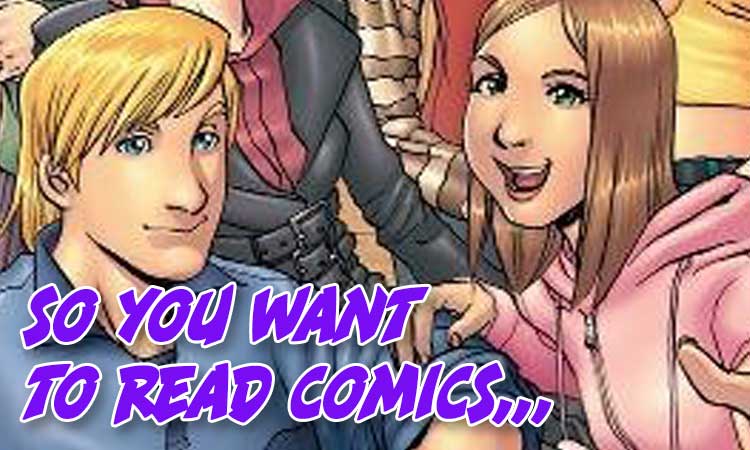 So You Want to Read Comics: Teenager Edition

It’s Monday, and you know what that means.  There’s a very unhappy orange cat somewhere.  But it also means that it’s time for “So You Want To Read Comics” our weekly feature where we focus on one topic and then offer up some comic book recommendations for new readers based on that topic.

Last week we took a look at some comics that would be nice for young children and their parents to read together (here).  This week, we’re going a bit older and looking at books that appeal to both teenagers and their exhausted parents.

Awhile ago we did an edition of this feature where we were looking at books for teens who were stuck inside for quarantine (here).  Unfortunately for some, this is still their reality.  The silver lining is that this year has provided an ample amount of time for a lot of families to bond and reconnect and while it may seem that there is nothing that a teenager and their parent can agree on, I’m wagering that there are some comics out there that both parties can find value in.

With that being said, here’s some recommendations for parents of teenagers.

Runaways is a story about a group of teenagers who discover that their parents are actually a cabal of supervillains who are sacrificing people for some nefarious reason. These teens then team up and utilize abilities and weapons inherited from their parents to combat them.  So here’s a little secret.  This is one of my all-time favorite comic book series, especially its initial run. I try and recommend this book every chance I get, and here’s why: While being well written and having a good clean look to it, Runaways does something interesting. It would be very easy for this book to take the “parents are bad, kids are good” route that we see a lot of entertainment aimed at teens take.  But, it doesn’t do this.  Instead, as the series goes on and we learn more about what’s happening, you begin to understand how sometimes parents have to make hard choices and that they can lose their way just like anyone else. What’s also nice is that for the first couple of volumes, this title is mostly removed from the rest of the Marvel universe with the exception of a couple of cameos, so having a knowledge of Marvel comics isn’t a requirement here.  (Quick addition: the first 2 seasons of the Hulu series Runaways, is a pretty decent adaptation of the first story arc with some interesting changes.)

Hopeless Savages is the story of the, wait for it, Hopeless-Savage family, ex-punk rockers who moved to the suburbs with their three children.  When the parents are suddenly kidnapped, it’s up to the children to come together and journey through their parents past to figure out what happened to them. A lot of this comic is a bit silly and packed to the brim with slang and references to a punk rock scene that might not be for everyone.  Yet through all of that there’s a poignant story here about how parents have lives before their children and how that life influences and interacts with their children in ways that aren’t readily apparent.  On top of this message there’s actually a fun adventure here with some memorable slapstick-y moments as well as some heartfelt moments between the siblings that really capture that familiarity that only families really have. There’s currently four volumes in this series, with each one focusing primarily on a different member of the family as well as showing how the various siblings and parents grow and age.

So there you have it.  Where these recommendations a hit? Do you have some suggestions of your own? Let us know in the comment section below.