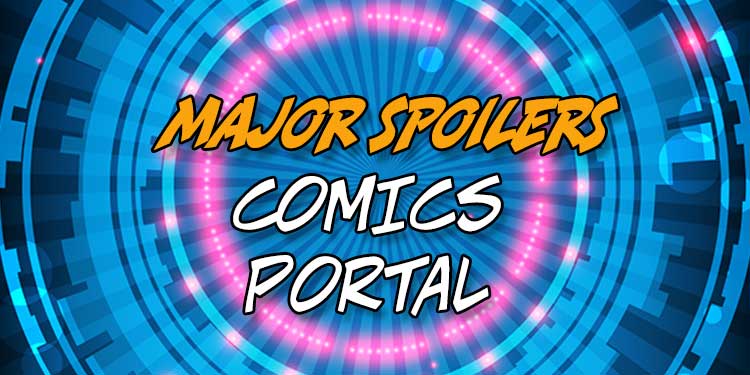 Every year, about this time, I talk about what’s happening in the comics industry that I’m thankful for. After all, Thanksgiving is happening this week here in the U.S. So let me talk briefly about a few things I’m happy about! I won’t rehash all the horrors of the pandemic, but one of my biggest concerns, especially when everyone (including Diamond) closed down, was that the industry would fade from existence.

Even though things will likely never be exactly the way they were a year ago, the comics industry has taken the COVID-19 body blow and survived!

Yes, we’ve lost several local comic shops. Yes, the industry has had to adapt to this changing environment. Yes, it’s been a truly long year (but it’s close to being over)!

Some good things happened for me during the shutdown. I found a “new to me” LCS that was able to remain open when the rest of the area had to close down. I went to that store and found some things I was missing there! I also was able to keep my weekly comics-buying habit alive thanks to them and to DC!

Many local shops took advantage of the down time to tackle projects they had been meaning to get to and to spruce up their store! At least they stayed productive!

We’ll see how things move forward, but I’m hopeful that maybe, just maybe 2021 will be a better year for comics and for us fans!

THERE ARE SOME GREAT BOOKS OUT THERE! One of the benefits to having a slower period as a comics fan was the ability to finally check out some titles I hadn’t had time to read previously.

The book that stands out most to me is Once and Future from BOOM! Studios. I’ve long been a fan of Kieron Gillen’s writing and Dan Mora’s art, and they are doing a terrific job on this story! It doesn’t hurt that I’ve long been a fan of Arthurian legend and the like, so the subject matter really appeals to me! I also enjoy the strong female (kind of) lead character, who is important to the story even though she’s older than many comics characters! I like that! I’m picking up the trades to keep!

I’ve also enjoyed Jonathan Luna’s comics, but I missed the beginning of 20XX. Well, I finally got to dive into it, and I really enjoyed it. I didn’t mind the black-and-white art, either! It’s a powerful tale of relationships and expectations that really grabbed me! Again, I’m going to pick up the trade from Image Comics.

I hope you got the chance to find other great new books!

THE RISE OF ALL-AGES READING There’s always been some interest in bringing younger children into being active readers. After all, we’ll need more people to replace anyone who can’t afford to buy comics or (I hate to even say this) pass on. We believe in comics and want them to keep going!

I particularly enjoy DC’s younger reader titles, for example. I do buy other YA books because I want to support them and I like to be able to talk intelligently about them.

I know it’s a cliché, but these are indeed the future! I’m encouraged when I see younger reader sections in comics shops as well as department stores. Keep reading!

SIGNINGS ARE STARTING TO HAPPEN While the return of conventions (many of us seriously miss them) still seems a ways off, at least where I live there are signings starting to take place at local shops. I think it’s a good first step if we can make them successfully happen.

Of course, social distancing and masks are required, and it’s nice to catch up with other fans we may not have interacted with in a while. Maybe we have to learn to walk before we can run again!

This past weekend, for example, I helped out at a signing in a store in the Daytona Beach, Florida, area. We sold some stuff and interacted with other creators, and I even found some books I had been looking for! It was a positive experience!

I realize that this may not be happening in every area yet, but be patient! I’m seeing more signings happening in the Central Florida area where I live, so we’ll see how things progress!

OTHER POINTS I WANT TO MAKE

It’s important for me to note that the trend for more female creators and characters continues strongly! We need more along these lines!

Kickstarter and other crowdfunding avenues have been like online comics shops or cons, so they have really helped keep producers producing and comics still being made and delivered to fans in 2020!

As TV shows are slowly starting to release new episodes, it’s good to see how comics continue to influence them. The CW continues to be a leader in this area, with word that a Wonder Girl who’s a Latina being talked about. I’m for that1 It’s uncertain how movies will return, but I’m looking forward to Wonder Woman ’84 in December!

I was interested to see recently that Marvel is moving into audio offerings more in areas such as SiriusXM. Anything that promotes the characters and thus the comics is something I’m interested in supporting.

As always, I feel it’s important to mention this here!  I truly appreciate the chance to write and create podcasts for fans here at MajorSpoilers.com.

Especially in these isolated times, there are a great many fans who don’t have friends or family who share their interests when it comes to comics. I liked the article written by the head of BOOM! Studios this year who mentioned that an LCS is like a “third home” after where we live and where we work because we can interact with others who often like what we like! That was a very insightful discussion and so appropriate for this year! It’s also true of a website like MajorSpoilers.com because people learn more about comics, and that helps us talk with each other on our mobile devices, over ZOOM (something I hadn’t heard of a year ago), or even in person when we take precautions!

MajorSpoilers’ Head Honcho Stephen Schleicher and the rest of the people on this site do a terrific job of keeping us all up to date and hearing a wide variety of opinions. We need to be aware of what’s happening, and MajorSpoilers is an important resource when it comes to learning what is going on in the comics industry! As always, thanks so much, Stephen!

What do you think? What’s going on in the comics industry that you are happy about? Feel free to share your opinions below! I hope you have a wonderful Thanksgiving, and I thank each and every one of you who reads my columns and reviews or listens to my podcast episodes! You really make my day every time!