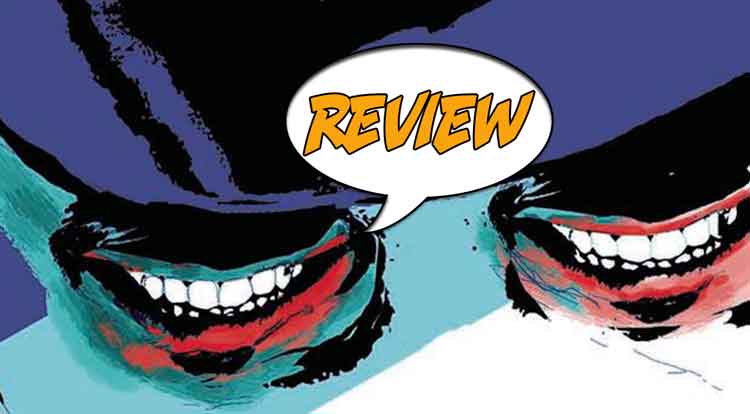 In Ice Cream Man #21,  private dick Ray Kowalski is hired to find out who killed an ice cream seller.  But his path is littered with the bodies of other sellers, knife wielding cultists and a marriage that is fast collapsing.  But is everything as real as it seems?  Find out in your next mighty Major Spoilers review! Previously in Ice Cream Man: An anthology of horror like no other, Ice Cream Man takes its readers down the darkest of dark paths across a multitude of situations – examining the beige horror of suburbia, the dying thoughts of a man plunging to his death, the beginnings of evil in our universe, and horrors in the outer regions of time and space.  Now, it is the turn of detective fiction to plunge us deep into the belly of the ice cream flavored beast…

As readers will know, I like detective fiction in comics.  I like it even more when there is a tinge of horror added to the mix.  The current best exponent of this fusion is horror writer Laird Barron, whose short fiction is replete with hard men in difficult situations uncovering festering horror just beneath the surface of everyday life.  Indeed, his Isaiah Coleridge series, which starts as straight detective fiction, has begun peppering his trademark cosmic horror throughout – they’re well worth hunting down.

M. Maxwell Prince adopts the same tactic in Ice Cream Man #21, which begins with an occult sacrifice, before we see private dick Ray Kowalski hired by the beautiful wife of a missing ice cream seller.  All the tropes of detective fiction are here – hard bitten anti-hero married to the job, whose real marriage is swirling in the toilet, pounding the mean streets of an urban hell, beset at all sides by mystery and violence.  Only the addition of the aforementioned cultists seemingly bent on killing all the ice cream sellers changes the genre tropes, and adds that horrifying wrinkle we’ve come to love and expect from this series.

There’s a lot of fun to be had by reading Ice Cream Man #21, but the real fun comes from Martin Morazzo’s art.  The mean streets of this nameless city have never been so mean.  Everything is slightly off kilter, from the shading, the tilt of the buildings in the background to the way the streets seem oddly empty even though they should be packed.  The way Morazzo depicts characters faces is also instructive of the tone he’s trying to achieve.  Everyone seems to be on the edge of madness, their eyes a little too wide, their hands held up in defensive poses.  Confusion and vapidity seem to be the trademark of the background characters in panels.  This is all seamlessly brought together when Kowalski meets up in a diner with Boyle, one of his contacts.  The other patrons seem to be caught mid-thought when we see them in the background.  The colors are menacing, the angles are all wrong, and the conversation threatens to fly off into unhinged mania.

The beauty of Ice Cream Man #21 also lies in what is really happening during the course of the issue.  Kowalski’s investigation moves smoothly enough along, with the trademark bumps in the road caused by marriage difficulties, library lurking knife-wielding assassins, and strange twists Kowalski knows he should’ve seen coming.  But the ending actually doesn’t go according to plan, or at least the audience’s expectations, and is all the more satisfying for it.  In  a sense, it is even more horrifying that what we’ve come to expect from this series, which is a real coup by the creators.

BOTTOM LINE:  GET SOME

Ice Cream Man #21 mixes two different flavors of storytelling and comes up with a taste sensation – all the groovy hard edges of detective fiction, leavened with the trademark horror we’ve come to expect from this series.  Unusually, there’s something of a happy ending to this issue, which makes it all the more pleasurable to read.

Another fantastic entry into one of the great series currently running. Prince and Morazzo continue to bring their A games, blending different genres into a tasty mix that will leave you thinking well after you’ve turned the final page. Come for the mystery, stay for the existential dread.