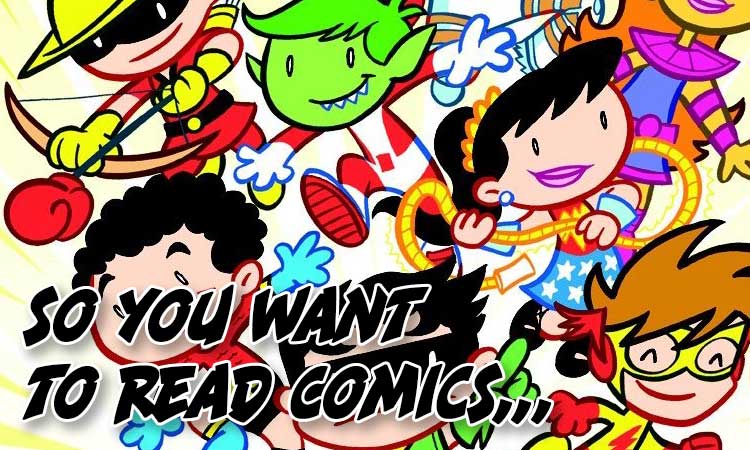 So You Want to Read Comics: Parents of Young Children Edition

Good day to you all, you’re just in time for “So You Want To Read Comics”, our weekly feature where we focus on one topic, then offer up some comic book suggestions for new readers, based on that topic.  This week we’re getting a little topical.  People are spending more time with their families (willingly and unwillingly) these days, and some of these families are looking for ways to bond and pass the time together.  So we’re taking a look a comic books for parents of young children.

This might sound a bit strange, but finding the right comic for a young child isn’t always easy.  That’s because even though comics have their roots in being originally geared towards younger readers, more and more companies found success catering to older audiences as the years went on.  This means the subject matter often skews to more mature themes that many parents aren’t prepared to or willing to experience with their children.  On the flip side of this, many of the comics designed for younger audiences are often written too simplistically or silly to really appeal to the parent or adult who might be reading the book with the kid.

Don’t be discouraged though, because here’s a couple recommendations that both young children and their parents or guardians can enjoy.

Tiny Titans: Welcome to the Treehouse

Tiny Titans came out originally in 2010 and for a while was the premiere young readers comic book that DC Comics offered. It managed to do this in a number of ways.  First, it has a cute and colorful art style that is easy to look at and know exactly what the characters are doing.  Secondly it’s cleverly written.  Tiny Titans manages to blend one off comic strip style jokes, visual gags, longer set ups with more complex punchlines, and some deep DC Comics history cuts, into a cohesive product that can appeal to multiple readers, of varying ages, in a number of ways.  Also, Tiny Titans begins to introduce readers to the idea of comic books being one long connected story by making more and more subtle references to past issues the further you go on. There’s even some little activities in the back of each issue that can be done on a tablet or computer screen if you’re going the digital route. Tiny Titans ran for 40  issues as well as a 6 issue follow up called “Return To The Treehouse” so there’s plenty of content here to keep both kids and parents occupied for a decent amount of time.

This one definitely blurs the line between a comic book and a more traditional children’s book (but they sell it on Comixology so I’m counting it).  A Cat Named Haiku is a little series featuring a cat named Haiku and his misadventures.  What makes this one interesting, especially for an adult who might be reading this, is that all the writing is done in haikus. Now to be honest they aren’t super complex ones, but knowing that this is the gimmick, gives this book a certain lyrical feeling that not all comics or children’s books have. The art is also adorable with a filter that gives it the look of being painted over woven pieces of fabric. Unfortunately as of writing this there are only two issues in this series, so it’s lacking in pure quantity of content.  Yet, it’s simple enough that multiple re-reads isn’t going to become tiresome or grating. This one I would say is more suited for a very young reader as opposed to a child who’s starting to branch out into longer stuff.

So there you have it.  Did you and your family enjoy these recommendations?  Do you have some suggestions of your own?  Let us know in the comment section below.