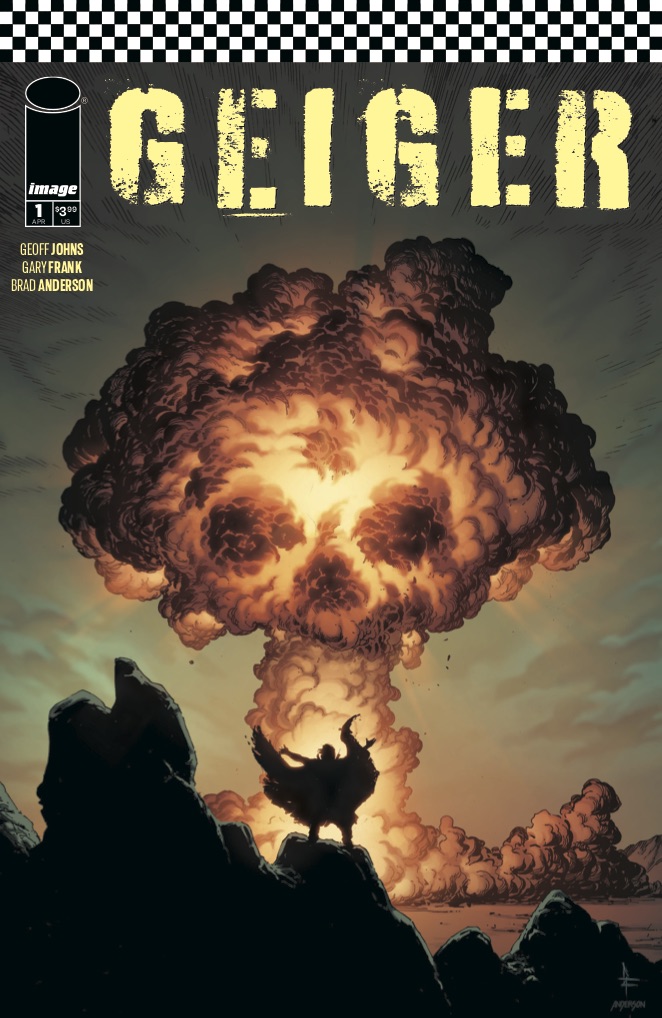 Image Comics has announced that Geoff Johns and Gary Frank are teaming for Geiger at Image Comics.

Who are the scavengers of a dying earth? Geiger is set in the years since a nuclear war ravaged the planet, desperate outlaws battle for survival in a world of radioactive chaos. Out past the poisoned wasteland lives a man even the Nightcrawlers and Organ People fear. Some name him Joe Glow, others call him The Meltdown Man. But his name… is Geiger.