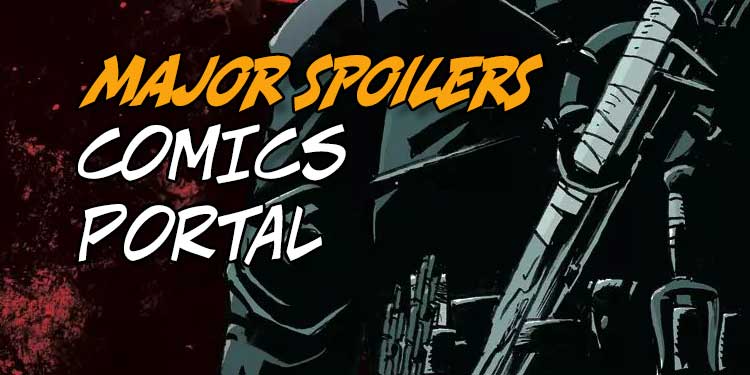 As a comics fan, I’m almost used to books I want arriving late (or not at all). The latest mini-series facing major delays is a popular one! For fans of Teenage Mutant Ninja Turtles: The Last Ronin, the first issue that arrived on October 28 might need to hold you for a while.

Word is circulating on the Internet (and we know that’s ALWAYS correct, right?) that the next issue, the second one, has been pushed back from December 16 until January 27, 2021. If this ends up being their usual release pattern, that means it will be coming out quarterly instead of monthly or even bi-monthly.

Sadly, that’s nothing new for this mini-series. Initially the debut issue was supposed to come out in August, but apparently the change of artist from Andy Kuhn to Esau and Isaac Escorza caused that delay to happen.

You can read Jonathan Cadotte’s review of that initial title at this link here on MajorSpoilers.com. To try and help you last until late January, here’s the description of that upcoming second issue from IDW:

“Secrets are revealed as we begin to discover what happened in the past to lead to this nightmarish future. The Ronin meets an unexpected new ally but the Foot Clan begins an exhaustive sweep of the Bottom to find the vengeful mutant. And what role does Baxter Stockman play?”

SOME OF THE MOST HISTORIC DELAYS Probably the best-known comic delay had to do with Frank Miller’s The Dark Knight Returns. I often point out that the first issue came out followed a month later by the second book. That third volume arrived six months after that, and the fourth and final issue came a year later. I literally thought I’d never live to see that book!

Of course, the pandemic has caused all kinds of delayed to previously announced books, and there are far too many to list here. It looks like most of those issues have caught up with us now, but there are still some that we’ve yet to find on the shelves of our local comics shops.

According to some of my friends, the longest delay in release for a comic happened with Captain America: White #0 to the #1 issue in that series. It was a wait of seven years!

Recently, new issues of Batman/The Maxx have been coming out again. I had completely forgotten about that mini-series!

However, Mr. Miller is also known for All-Star Batman and Robin, a mini-series that never actually ended! The tenth issue in this story came out in 2008, and I doubt it will EVER get wrapped up. I have often whupped on Diamond for their erratic delivery of comics to LCS’s.

For instance, the shop I regularly go to didn’t receive the first issue of Donny Cates’ Cross Over recently. I know it has arrived in other stores, though, but I’m patiently waiting for it to finally get to my “home base” store. Yikes! Maybe they’ll get a second printing of #1 to go with the second issue!

It almost seems like this is a weekly happening! Some local store doesn’t receive an important book (i.e., one they can sell and make money with), and we need to figure out how we as fans are going to deal with it.

Over the years, I have listened to several store owners ream out Diamond over the phone about unexpected delays. One guy yelled at them, “I’M GOING OUT OF BUSINESS IF YOU DON’T GET ME THE BOOKS YOU PROMISED ME!”    He did close his shop’s doors eventually, but Diamond wasn’t completely to blame, to be fair.

The comics industry is what people refer to as a “habitual” practice. Many of us go to our LCS each week like clockwork to pick up what we have heard should be there. We plan for that weekly event, making sure we have the money we need each time. I even print out a list of the books I’m going to be buying—I hope!

Most stores I know also plan for fans to come and spend their hard-earned quatloos each week so they can keep their doors open. It’s a habit many of us found hard to break even during the pandemic.

The trick is, some people finally give up when they don’t get the books they want. Delays can discourage some fans so much that they find something else they can more readily depend on for their entertainment.

The good news about Last Ronin is that the word about this delay is coming out far enough in advance for fans to plan for it. I understand that real life gets in the way of comics at times, so I think informing fans is the best way to deal with delays. I’m glad IDW is letting everyone know what’s going on! I truly wish more comics companies did that!

What do you think? If a book is delayed, how do you deal with it? If store you frequent doesn’t get a comic in you want, do you have a back-up store or two nearby? Are there other delayed comics that have made your list? Whatever your opinions, please share your thoughts in the space below!