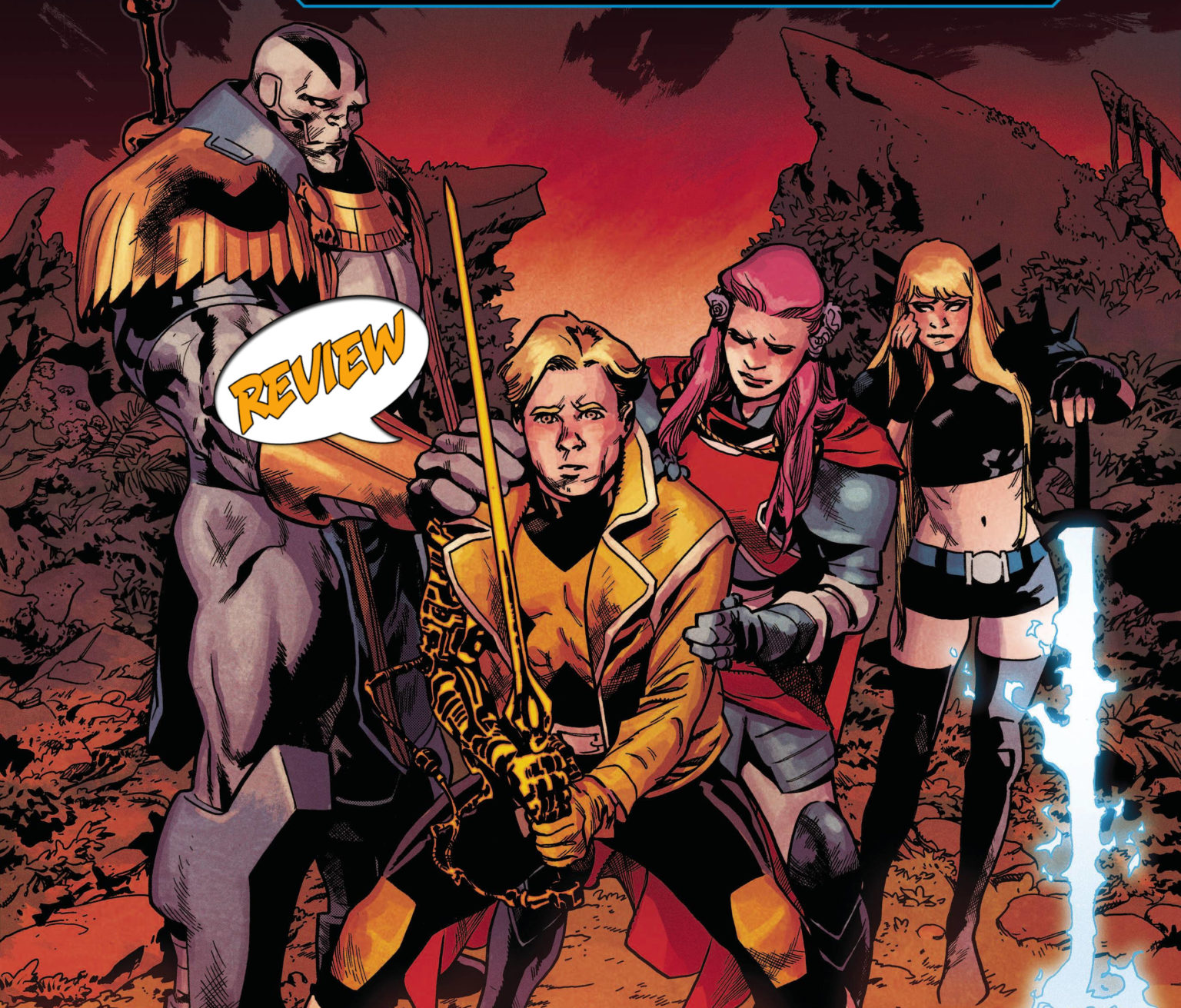 The Contest of Swords begins! Captain Britain and Isca, the Unbeaten are squaring off to fight each other in the first round! Will Betsy be able to get rid of Isca’s title? Find out in Excalibur #14 by Marvel Comics!

Previously in X of Swords: After a frustrating feast, the Contest of Swords begins with their first battle: an old-fashioned duel! However, Isca is supposedly unbeatable and does not have a clear weakness. Both sides wait with anticipation because no one seems to know the rules of this fight. However, if all games are just a duel then perhaps everything will be straight forward!

Captain Britain contacts Jubilee and warns her of a duel that she is participating in and to be on watch. Betsy prepares to fight Isca and gets the first hit on her. However, Isca parries the next attack and causes the blade and Captain Britain to shatter like glass. The Champions of Krakoa are enraged. Not only for the loss but at the unexplainable death in front of them. After that Cipher and Bei, the Blood Moon prepare for the next challenge. As they banter, Cipher is unable to understand her because she isn’t speaking a true language.

Cipher is getting pampered by Saturnyne’s servants and then he realizes what his battle is. It isn’t to kill or to fight but to marry Bei. He is completely confused and transfixed by the first person whom he can’t understand. Unfortunately, Jubilee ruins the party as she sends her son Shogo to burn down the Starlight Citadel. However, Saturnyne is able to tame Shogo and the wedding continues without another disturbance. The issue ends with two points to Arakko and one point to Krakoa!

The death of Betsy didn’t have very much weight to it for the reader. While the characters go through a degree of turmoil, the action felt quick and then the writing moved on quickly. That makes it seem like this death is temporary even though it should be permanent. Which is kind of frustrating because we set up for so long that the resurrection protocols aren’t going to work here.

More interesting is Saturnyne’s subtle manipulation of everything. She must have known that Captain Britain was going to die and everyone here is just pawns to her puzzle. In fact, we spent a lot of set up showing that Saturnyne hated Betsy and that Isca couldn’t be beaten. So much so that it feels silly that the fight was only the first third of the comic. I think there’s a subtle message that I am not picking up here. A subtle foreshadowing that just isn’t apparent to my eyes. Here is hoping that the triangle between the Braddock family and Saturnyne will tell a good story. If we end this plot with Betsy’s death then it is too abrupt for my liking.

BOTTOM LINE: DISAPPOINTED IN THE CONTEST

The contest isn’t as riveting as the previous issues foreshadowed. I am hoping that the next few issues are going to have more depth than simply a “I pass this challenge and you pass that one.” I think the ideas are there but they aren’t paying off quite yet within the story as a whole. 3.5 out of 5 stars for this book for me. I remain optimistic for the rest of the event.

Betsy Braddock and Isca, the Unbeaten are squaring off to fight in the first event of the Contest of Swords!