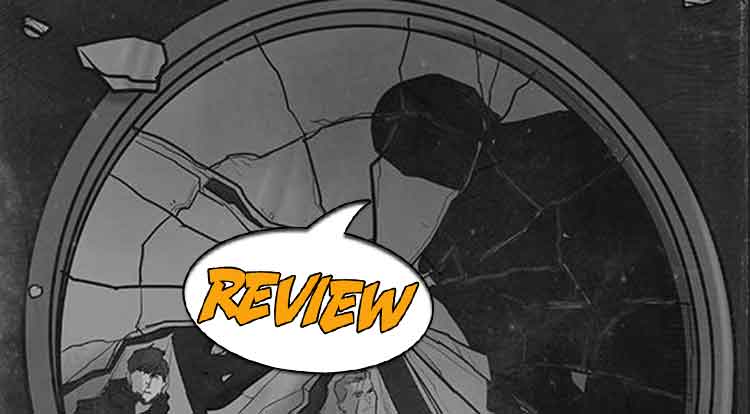 Nancy Drew and the Hardy Boys: The Death of Nancy Drew #6 Review

As the snow falls, Nancy Drew follows her last leads. Can she find out who wants her dead before she’s killed? Find out in Nancy Drew & The Hardy Boys: The Death of Nancy Drew #6 from Dynamite Entertainment! NANCY DREW & THE HARDY BOYS: THE DEATH OF NANCY DREW #6

Previously in Nancy Drew & The Hardy Boys: The Death of Nancy Drew: Nancy’s friend George discovered she was alive, and she wants her to talk to a woman named Ramona. Ramona has information about the New Syndicate and their involvement in dealing opiates. This leads the detectives to an Asian restaurant where the delivery truck driver they’re following talks with a couple men from Jinzhan, a company preparing to open a production facility in River Heights, as well as Carson Drew. Following the drugs leads to Dr. Khan, who helps them set up a meeting with his employers. This leads to the doctor’s death – and the suspicion next falls on Freddie and Flo Bobbsey!

CIRCLING TOWARD THE FINISH

Nancy Drew & The Hardy Boys: The Death of Nancy Drew #6 opens with Freddie and Flo protesting their innocence and claiming they know who wanted to kill Nancy. They’re certain it was Jinzhan, specifically their head of operations, Zhang Wei. If Nancy kept digging as she was, the dirt she dug up could cost them their deal.

Nancy, Frank, and Joe arrange a meeting with Zhang Wei. A car pulls up at the arranged location, but it is Ned who steps out of the car. He found out about the meeting when he saw Frank chatting with someone he knew. Ned swears that Zhang Wei is clean; as Mayor, he had him thoroughly vetted. In fact, after the whole business with the Syndicate, they almost pulled out of the River Heights deal. He is certain that this has to go back to the Bobbseys.

But Nancy realizes there is one more possibility. The scene shifts to a secluded bridge where Maryanne confronts…Carson Drew, asking him point blank if he tried to have Nancy killed. He claims not, but Nancy steps out of the shadows and goes face to face with him. She has never been this angry. Carson admits to working with Jinzhan and meeting with them, but that was because the Barber was trying to kill them too. Again, she feels a thread of truth in his story.

Nancy gets a voice mail from Frank and Joe with the sounds of a scuffle. She goes to where they were and sees evidence of a fight, and blood, and thinks she knows who did it and where they all are. She goes to an abandoned factory where she sees someone down on the floor, then shots ring out, and she finds out she was finally right.

Carson arrives in time to help her out, and the story ends with a nice resolution of much of the personal angst that has plagued her through the arc. She is more at peace with herself and with her mother’s death. She and her father are a bit closer. She is more comfortable with Frank and Joe. After all the tension of the story, it’s not a bad way to release it.

A LIGHT IN THE DARK

Winter is the theme of Nancy Drew & The Hardy Boys: The Death of Nancy Drew #6. Winter is a season that carries a lot of mood and symbolism with it, both of which fit the end of an arc and the search for a villain which circles closer and closer to home. Overall, this is a dark tale, and we are reminded of this by just how much of what we see takes place at night. And there certainly is a lot of night in winter in River Heights.

The scene with Maryanne, Carson, and Nancy is particularly nice. I like the drama of the meeting on a bridge and the art takes full advantage of this and the snow to do some great compositions. As Carson pulls up, we see Maryanne in silhouette, and the snow is caught not only in his headlights, but also under the lone streetlight off to the side. We weren’t expecting Maryanne here, nor that she would be the one to confront him, but we see Nancy’s gradual approach and her growing anger.

Nancy Drew & The Hardy Boys #6 continues with making practically every main character in the arc a suspect. I think the story would have been stronger by not setting absolutely everyone up to be accused and making their motives a little more solid. But, all things considered, it was not a bad mystery and I like that it brings some emotional closure as well.

Nancy Drew and The Hardy #6

Nancy Drew knows being a detective leads to having enemies – but who wanted her dead?