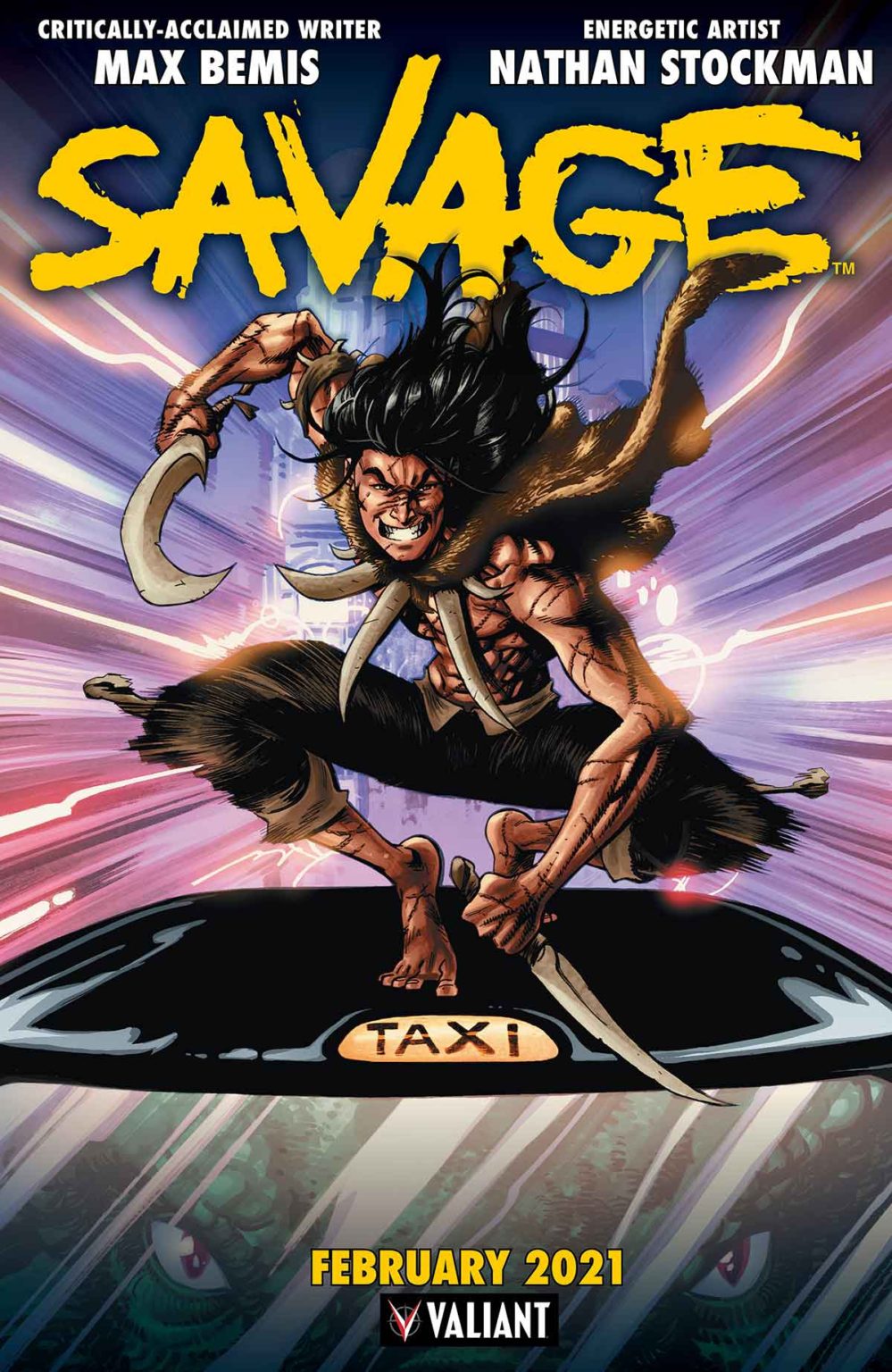 Max promises to deliver the goods with this new series. “Tons of gigantic freaking lizards and Brit-influenced comedy.”

Nathan has high hopes fans will be gripped immediately by what they read. “There’s some really cool characters and action in there and I’d love readers to put it down and go, ‘Hey that was cool, when’s the next issue out?’ That’s always the goal!”

Senior Editor Heather Antos is excited to bring this character front and center for new and returning Valiant fans. “We’re bringing Kevin ‘Savage’ Sauvage to the forefront of the Valiant Universe in 2021. No longer is he trapped in the alternate dimension known as the Faraway — rather he’s right on our doorsteps in modern-day London!” She explains how this is a quintessential Valiant comic by, “Exploring some of the strongest Valiant tenets of questioning what it means to carry the responsibility and choice of being a superhero, the action-packed science-fiction of SAVAGE is about as Valiant as Valiant can get.”