By Christopher Rondeau on November 6, 2020 0 Comments

The Champions of Krakoa are about to participate in a fight to the death! But first… dinner! Find out what happens in X of Swords: Marauders #14 by Marvel Comics! 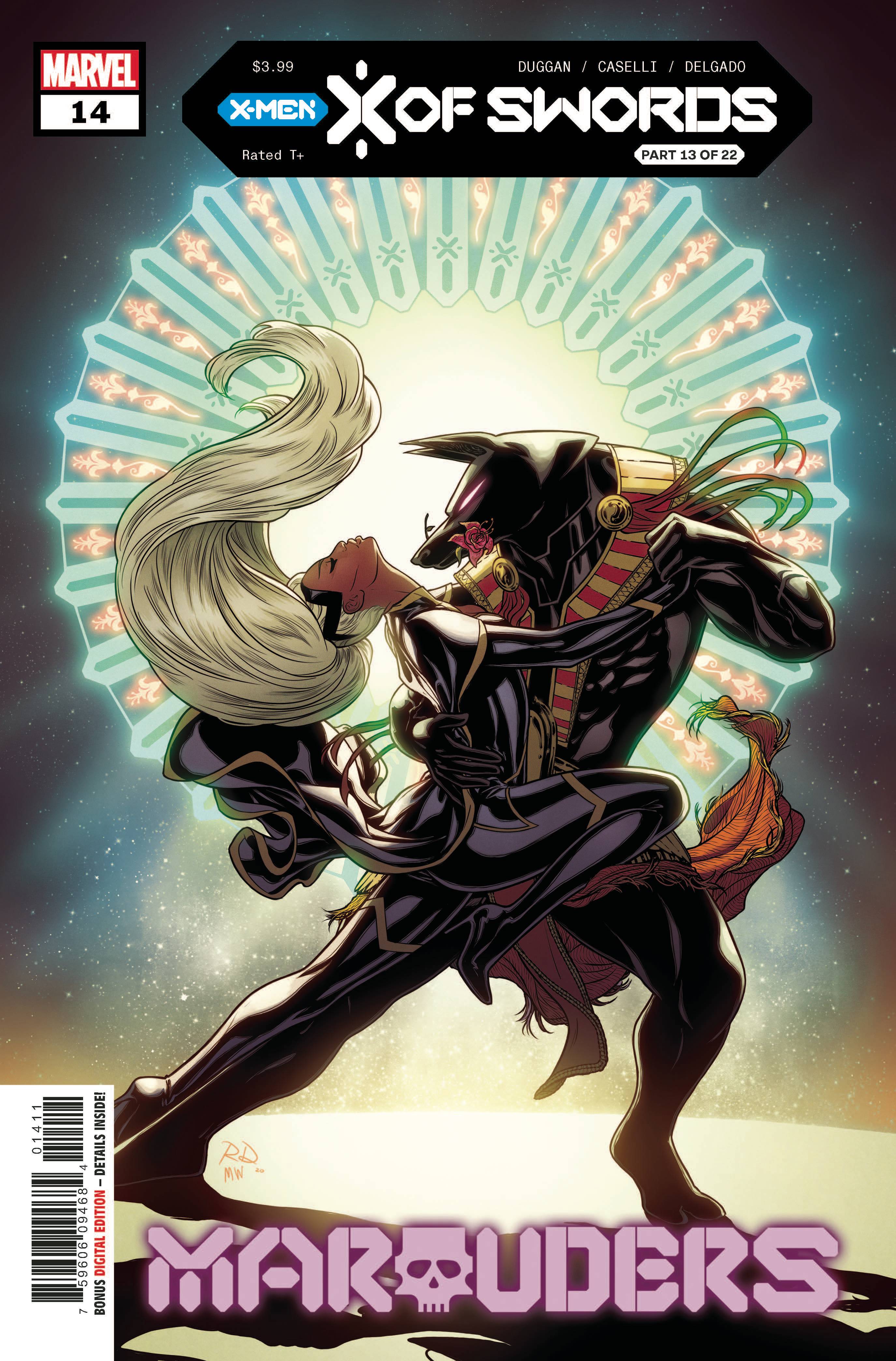 Previously on X of Swords: Apocalypse has led his team into the Starlight Citadel to fight in the Contest of Swords. However, before the blood bath commences the Champions of Krakoa and Arakko meet for a meal. However, Apocalypse has recently realized that Annihilation is actually his long lost wife Genesis and neither he nor Genesis are in attendance.

This issue spends quite a bit of time foreshadowing future events and both sides trying to learn more about their opponents. Gorgon and Magik are trying to figure out weaknesses in their opponents while Cipher is intimidated by everyone. Storm and Death have a dance as Death seems fascinated that Storm doesn’t seem to fear him. Perhaps even more interesting is Wolverine being visibly upset about Captain Avalon not stopping this whole event from starting in the first place! The issue comes to a boiling point when Wolverine decides that he has had enough and opts to strike forward at Saturnyne, stabbing his adamantium claws deep into her body.

What I got out of this issue was that a lot of the personalities that are within this story are quite similar. The story features a lot of fighters on both teams and I think this unintentionally shines a light on the unconfident people. Though Cipher only got about a panel worth of content, he was so starkly different then all the other characters that my eye and interest was drawn to him. And I feel like this is going to be representative of all the future issues. There are going to be a lot of cool things happening, but all the characters are going to have similar personality traits.

This comic really shines a light on how weak some of these new protagonists are as characters. The enemy team is largely unknown and they don’t have the same amount of depth as the X-Men do. Hopefully during the next few issues, we can elaborate on some of the characters a little bit. If I can’t connect to most of these antagonists then what is the point. Otherwise, it is just fight scene after fight scene. 3.5 out of 5 stars for Marauders #14. Still enjoying the event but this issue makes me a little skeptical.

Before the Contest of Swords, the Champions of Krakoa and Arakko go to dinner!