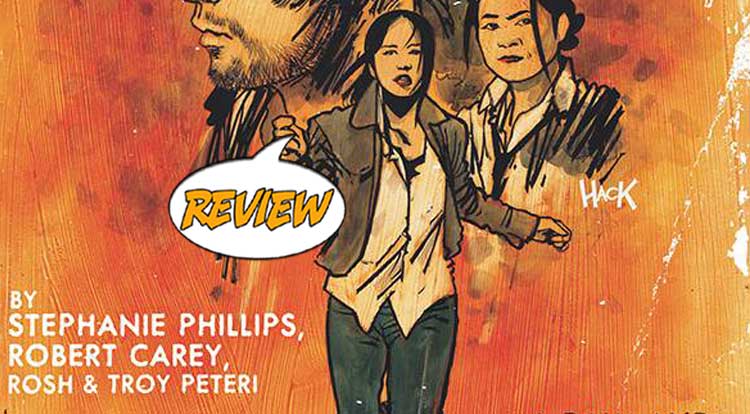 Previously in Red Atlantis: A series of unexplained, violent crimes on Election Day around the U.S. leads the FBI to zero in on a covert group of Russian terrorists. When a Texas journalism student named Miriam accidentally finds herself mixed up in the investigation, her life will never be the same. With political espionage, treason, and even mind control, can she clear her name and stop the U.S. from entering into a new Cold War?

It’s 11:05 am on election day, and we follow a young mother going to the polls. Suddenly, her cell phone begins ringing… as do all the cell phones in her polling place. Violence ensues, as everyone in the building goes blank-eyed and begins attacking anyone around them. Worse still, it’s not an isolated incident, as Colorado, Florida, Ohio and Texas all have similar incidents, and a young woman named Miriam (who lives not far from the Texas epicenter) has a moment where she seems to be affected as well. By 1 p.m., investigators are on-site, and when it becomes clear that the power outage came at the same time, they somehow (it’s not entirely clear in the telling) end up on Miriam’s doorstep. Apparently, she was born in Russia, and as they try to interview her, a strange man appears, violently attacks both agents and grabs her by the hand. As a confused Miriam is dragged away, her “protector” tells her that they’re going to stop World War III!

TIMELY IN ALL THE WORST WAYS

Kudos to Aftershock Comics for making sure that this book set on US Election Day came out on US Election Day. It makes for a disturbing read that has a few too many echoes of the actual 2020 election build-up for my comfort. The issue quickly and effectively creates a sense of urgency (thanks in large part to the gritty art of Carey, which feels grounded and realistic) but some of the broader strokes do get lost in the transitions. It’s not entirely clear to me how agents Kaid and Cook make their way to the scene of the crime so quickly, how they have so much information about a strange, decentralized plot or how they come to the conclusion that Miriam may have something to do with it. it seems to be an intentional decision, sacrificing some of that nitty-gritty stuff in order to get straight to the tense chase, but it does affect my enjoyment of the book.

If you can stand to read about a conspiracy to overthrow elections and destroy the world in the current political climate, though, Red Atlantis #1 makes for a fast, tense read that skimps a bit too much on the details for my tastes, but has strong enough art to smooth some of those rough scripting edges, earning 3.5 out of 5 stars overall. The general demeanor of this book seems to be trying to evoke a Brubaker/Philips vibe, and it’s successful enough that fans of ‘Criminal’ should probably give it a look.

The big conspiracy is still pretty hazy in this issue, and the story jumps in time and place a little too much for my tastes, but overall it’s an interesting debut issue with strong art.