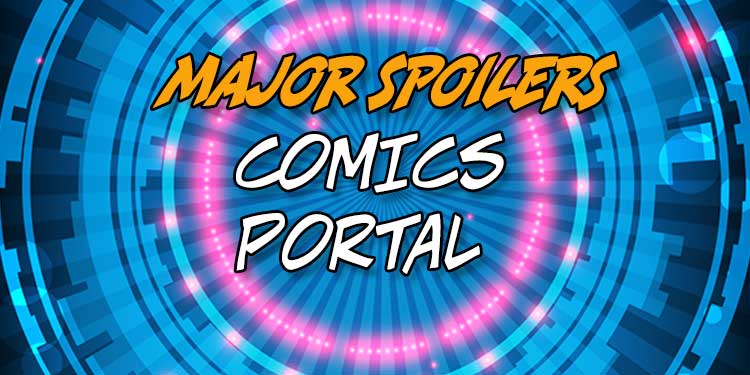 COMICS PORTAL: Crowdfunding, More Than Ever!

The current pandemic has certainly changed things as far as the comics industry goes. One of the aspects that has actually benefitted most from all the chaos has been crowdfunding, which has grown tremendously!

If you listen to my weekly podcast at all, you’ve probably noticed that I have a LOT of guests who are in the middle of crowdfunding projects. I often have had up to three creators an episode recently because many of the people making comics have sought out the help of fans and other supporters this way.

I’m firmly believing that, while conventions are on hold, Kickstarter and Indiegogo, just to mention two of them, have really blossomed! Some of us have money to spend, and it seems we’re looking for places to spend it!

I mean, I have seen some pretty big names on crowdfunding recently, including Scott Snyder, Ron Randall, Mike Baron, and Karl Kesel. And it makes perfect sense! The way to get the word out (and make things happen) right now is through the Internet with the aforementioned sites, among others.

I have attended several virtual cons, including those in place of San Diego Comic Con, NYCC, Dragon Con, and others, and I hear that they have only attracted a fraction of the attention that in-person conventions have drawn. That doesn’t mean they won’t increase over time if we need to continue like this for an extended period of time, but this is where we are right now.

AND THEY WANT MORE! When the pandemic first hit, I heard that Kickstarter in particular was seeking people to run fund-raising projects with them. I imagine that was to make sure there wasn’t a drop-off of participation with the site.

And it only seems to have increased in the past few months! As someone who has supported several Kickstarters in the past, I seem to be receiving emails on a daily basis saying, “You supported me in the past! You can support me again!” with a new project debuting.

Given the way things have happened recently, it keeps fans like me safe if we order online then receive packages through the mail (although that system has apparently been overloaded with so many items being shipped). Services that deliver are more than happy to leave things in our mailboxes or outside our doors to maintain social distancing.

PEOPLE ARE DOING BETTER AT DELIVERING

I know I’m not the only one who has supported a crowdfunding project that has never been delivered. The thing is, though, the people who manage these sites have gotten a lot better at “policing” how pledges are fulfilled or not.

I hear that many sites will not let you start up a new project if you haven’t delivered on past ones. That makes sense because, sadly, a lot of online denizens just want our money and don’t care out delivered promised goods. And that’s too bad.

I always like to tell the story of one person who started a crowdfunding project with only a promise. “Hey,” that person said, “I have a great idea for a comic, but I need money to pay to make it happen! Give me that money so I can get started!” Well, if we send you money, what’s to keep you from going on a long-awaited vacation instead?

This is one of the reasons that, if you want to be successful at crowdfunding, you need to get started before your project hits the airwaves! If you can show us what we’ll be supporting, I’ll be much more likely to hand over my money to you instead of just your word, as much as I hope you’re telling the truth.

CROWDFUNDING VERSUS YOUR LOCAL COMICS SHOPS

I can’t help but always look at these things through the prism of, “How will this affect my local comics shop?” What if crowdfunding becomes so big that my LCS doesn’t get enough of my money (and from other fans) so they can order product and keep their doors open?

Granted, some creators sell some of their wares through both the LCS and on crowdfunding sites. There’s a balance to maintain between supporting Indie creators and also supporting our local shops. Both need us to back them so they can keep going.

We just have to make sure that both survive as we wrap up 2020 and embark on 2021. That’s going to take some careful planning on everyone’s part, so I ask you to join me in keeping the industry alive as much as we can.

It’s funny to think that, just a year ago, I wrote a column wondering out loud if local shops could survive. And that was before the pandemic hit! Now, I have many of the same concerns and then some as we try to move into the future with the industry we love.

Somehow, though, it always comes back to us, the fans. If we believe in comics enough and want to support the industry in its many forms—local shops, crowdfunding, conventions (when the return), and digital formats—we need to keep it up for as long as possible! And that’s especially true with the holiday season just kicking into high gear here!

Let’s support the good stuff in all these different avenues as much as we can! We’re needed now more than ever!

What do you think? Do you support crowdfunding more these days than before? Or do you participate less? What could comics shops learn from crowdfunding as we get ready for 2021? Whatever your opinions, please share your thoughts in the space below!