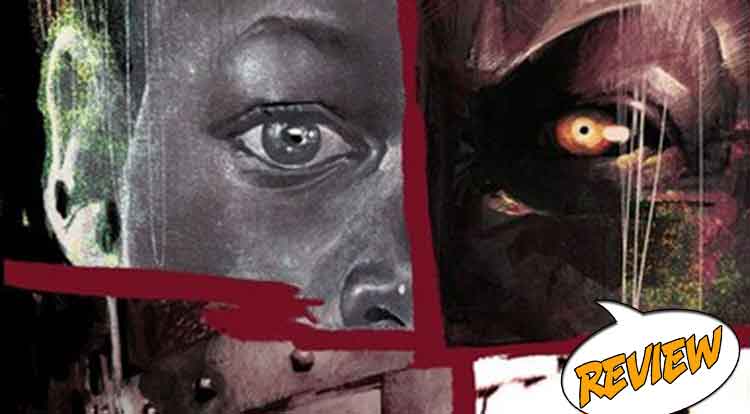 With his father’s help, Jimmy starts to track down Abigail. What is she planning next for the city, and how does Jupiter fit in? Find out in Killadelphia #9 from Image Comics! Previously in Killadelphia: Abigail is in command of the vampires and has made her first move, killing the Mayor. Jose can tell he was killed by vampires to be killed, but not to be turned. Her followers are not impressed, but this was just the appetizer. A world-famous rapper is shortly coming to town, and her plan is to have Jupiter kill him while he is performing. In the meantime, James Sangster, Sr. makes his journey through the underworld to look for his wife, like Orpheus but also unlike; he may not be alive, but he is not truly dead. He finds her and apologizes, but before he can be at peace, something wrenches him back.

Killadelphia #9 is primarily Jupiter’s story, and it is harrowing. The storyline does come back to the present a couple times like coming up for a breath of air before diving back in unflinchingly. Jupiter does not speak, but he thinks, and his thoughts are deep. He also acts, and this is terrifying. His history is important because only through it do we have a hope of understanding what he does. As awful as it is, in some stories I appreciate seeing how one’s choices – or lack thereof – may lead them to become monstrous.

Jimmy Sangster has brought his father back from the underworld, back from his chance to make peace after death, all for the sake of more police work. James is not only bitter about this, he is sarcastic, and it is delightful. We already know their relationship is contentious. They’ve made the first overtures toward getting along, but this sure throws a wrench in the works.

We also get a page with Abigail. Brittany has come to her and wonders about her plans. Abigail seems to be destroying everyone, and wouldn’t that upset their food supply? Abigail has given up on humanity. Not only could they not live peacefully with vampires, they can’t even live peacefully among themselves. They need to be controlled, and Brittany picks up on this, that the way to control them is to enslave them. And that’s a point to ponder, that slavery in the U.S. was not just a matter of cheap labor; it was a system to manipulate and control a huge swath of the population.

Jupiter remembers his childhood. When he was very young, he didn’t realize his situation. But then his parents were sold, and when he lashes out in grief, he is punished. In one fell swoop, the young child realizes he is alone and the boy he thought was a friend (the young Thomas Jefferson) never would be. He grows up, valued as a slave, but never allowed the space for his own life. Finally, Jupiter falls in love with a woman and they have a child – but Jefferson sells them both. It is not until years later, after Abigail buys him, not until Jefferson is dying, that he has a chance for revenge. He arrives to find out he is not the first.

There are no clues as to the Mayor’s killing other than the change to a more bold and flamboyant style, confirmed by the attack on the musician. James continues sarcastic, although he mellows a bit when Jose arrives with a flask of blood for him. Jimmy goes to Hell Hall, which has been destroyed, hoping to find some clues. James suggests that vampires hold a shred of who they once were. John may have been interested in the common folk; Abigail fancied herself an aristocrat. He may have an idea of where to find her.

But she is on the move, headed to Comcast Center with a crew of vampires. She aims to disrupt all the city’s communications. At the same time, Jupiter goes to the police, gives himself up, and gets taken into the jail.

The art of Killadelphia # continues to be chilling and perfectly balanced with the words of this continuing tour de force. The style is gritty and grainy, almost impressionistic in some scenes. But by not being hyper-realistic, it has movement, and it feels immediate. By not cluttering up every panel with every detail, it increases the focus on the characters and brings them intensely to life. On the side of the police, there are only a few people who know there are vampires at all, and we understand how overwhelmed they must feel.

Jupiter’s story is raw and painful. His story covers so many years, so many difficult and pivotal events, in a short time. The art within has a slightly different texture to it, more crosshatching, more like an old etching, shadows of the technology of the time. The color palette is nearly monochromatic through here, reflecting the difference of time while connecting us to the inhumanity.

BOTTOM LINE: DIFFICULT BUT WORTH IT

Killadelphia #9 is a horror book, and if the truth be told, one of the true horrors of the world is the depths to which some people will go to be awful to other people. The creative team dives deep into this well to create something more, something truly magnificent.

As Jimmy figures out he must be looking for Abigail, she lets loose with her next attack!