Juggernaut is trying to redeem himself from all the destruction that he has brought. His sights are set on the Hulk who has caused a fair amount of damage in his green lifetime. Find out what happens in Juggernaut #2 by Marvel Comics! 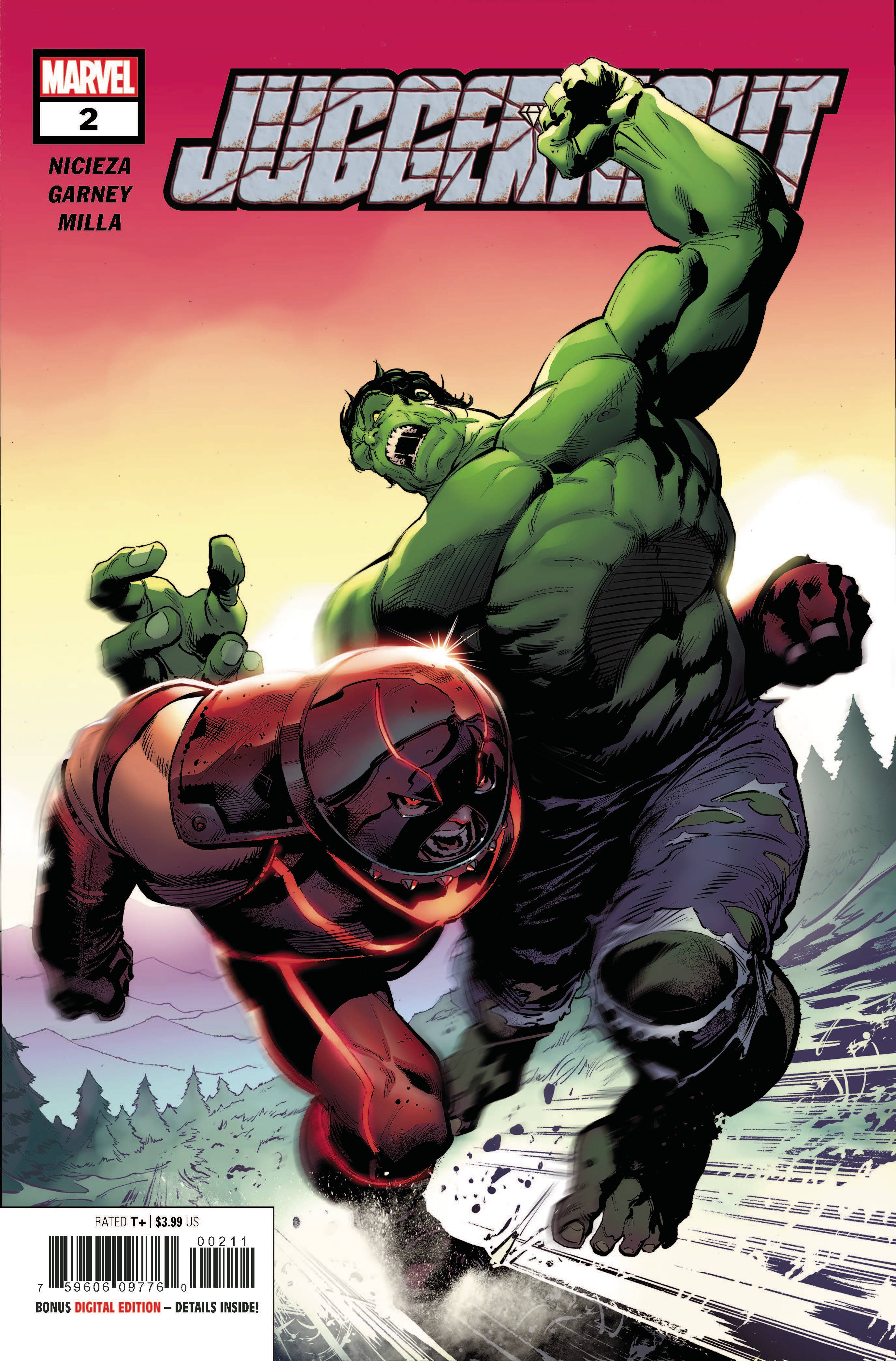 Previously on Juggernaut: Cain Marko has returned back to Earth and has taken a job in Damage Control. His job is simple, destroy any building that needs to be demolished so that something else can be rebuilt. Cain is trying to come to terms with all the bad actions he did in his life, but there is another who is as destructive as he: The Immortal Hulk!

Juggernaut saved D’cel from a building and sat by her bedside as she recovered. During recovery, D’cel comes up with a plan to change public opinion of Juggernaut. If he helps capture the Hulk, then people can see he is truly trying to change. During the fight, they are able to actually capture the Hulk using Juggernaut as bait, D’cel’s powers, and a gamma inhibitor. However, nothing can hold the Hulk for an extended period of time but at least the victims of the Hulk are able to air out their grievances. Hulk is easily able to escape but before he leaves, he makes a statement that when he destroyed things he had the mind of a child and Juggernaut did the same things as a sane adult. As Juggernaut and D’cel return back to Manhattan, Juggernaut receives a package that he is being sued for the bankruptcy of a construction company for twenty-five million!

I don’t like strong men fighting each other in comics. Often, it becomes a glorified arm wrestling match and doesn’t interest me a lot. In this comic, the creative team made the point of interest in D’cel and Juggernaut’s inner monologue rather than simply a fight.  It also would have been painfully easy to put a lot of the emphasis on the Hulk as well, being a popular character. However, they did a good job reshining the light back on Juggernaut and his own struggles to come to terms with his guilt. And guilt is such a strong topic that is instantly relatable. It makes me want to root for Juggernaut even though I think I prefer him as a villain. Giving him the weight of emotion humanizes him and that makes him worthwhile as a protagonist.

Lastly, having him get sued because he is doing too good of a job knocking down buildings. That is a hilariously smart idea. When the world turned against him, Juggernaut might be tempted to return to his old ways. It is a clever hook to get me into the next issue as he tries and resolves a legal battle. Man, this Juggernaut can’t catch a break!

BOTTOM LINE: I AM PLEASENTLY SURPRISED

I had my reservations about this title. I liked the themes the first issue put out but I wasn’t looking forward to the Juggernaut vs Hulk fight. Luckily, the book wasn’t about the fight at all and that signals good comic writing to me when we aren’t forced to rely on action to tell a story. This book still stays at a 4.5 out of 5 for me but I am hooked into this arc for the entirety of miniseries now.

Juggernaut sets his eyes on the destructive Hulk to earn his redemption!