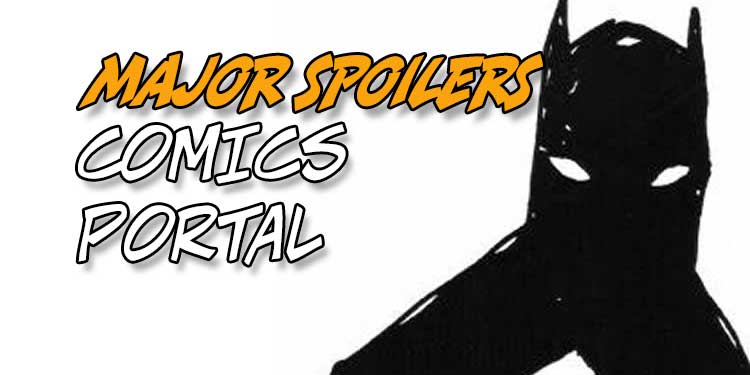 COMICS PORTAL: Batman Is Back in Black (and White)!

The Dark Knight is as hot as molten lava right now, and DC’s taking advantage of that by telling all kinds of stories with him. They’re even returning to black and white, a format they’ve used successfully in years past. Here’s the most important paragraph from a recent DC news release:

“On Tuesday December 8, Batman: Black and White returns as a six-issue prestige format series with a brand-new slate of comics’ most exciting and innovative storytellers to explore the Batman mythos in stark black and white!”

There’s a history to this Bat-storytelling. DC launched the first Batman: Black and White miniseries in 1996, and they revisit this format every so often. You may have seen some of these miniseries’ collected into trades or hardcovers.

These books also spawned the statues bearing the same name, with Batman interpretations from great artists including George Perez, Mike Mignola, Carmine Infantino, and many others. It’s rare to go into a local comics shop and NOT see at least one of these statues on display and for sale.

With DC paring back on the heroes and characters who don’t sell as well as the Dark Knight, it’s no surprise that they’re bringing back this lucrative format.

WHY BLACK AND WHITE? With all the amazing color possibilities we could choose from today, why tell Batman stories in black and white?

One of the reasons I enjoy Batman: Black and White as much as I do is because we experience the Dark Knight distilled down to his essence, as the saying goes. He’s at his most primal when we see him in only black and white. Colors can sometimes mask what we see or distract us from the core of what we’re looking at. “The pretty colors,” if that’s the first thing we pay attention to, may not be what we should be focusing on.

When I interview comics creators for my podcast and their book is in black and white instead of full color, I often ask them why they made that choice.

Granted, part of the reason can be financial. It costs less to lay down only one color—black—instead of four colors, the regular printing process. It’s obviously more expensive to print four colors instead of one. (The white is the paper, most of the time.)

However, a lot of the time, the black-and-white format is a creative choice because it fits the tone of the story. You’ll often watch horror movies in black and white, for instance, because it transports us into a starker, more horrific way of thinking. Other times, it’s just simpler and more basic, making us open to deeper feelings.

Sometimes it’s both. It just depends.

When you’re used to four colors, black and white can be quite a challenge. I know many artists who like to flex different creative muscles, so they operate under the notion that “more is less,” and they go with black and white.

I’m always fascinated to see what differences happen when to an artist’s style when he or she intentionally limits themselves to black and white. It’s often revealing just what that person focuses on when that happens.

There’s also an interesting digital series that DC is producing called Harley Quinn: Black + White + Red. It’s got those two basic colors plus red, so you get a different experience reading them. I’m sure the paper copies will be hitting stores soon if you can’t access comiXology!

I know it’s tough to imagine the difference between the two formats at times because once we see them one way, at least I tend to lock in to the way I first saw it. I thought I would share photos of the Mike Mignola Batman: Black and White statue with its color counterpart. Of course, the black and white one is to the left, the color one on the right. The two evoke very different reactions in me, and they might do that in you as well.

The black-and-white version seems more foreboding to me, and the color feels brighter and more alive. They are both great for what they are, so it depends on what you are looking for.

Personally, I’m seriously looking forward to the new Batman: Black and White mini-series. I’ll be there with bated breath on December 8, and I thought I would give you all a heads-up on this somewhat different version of the Dark Knight.

I also felt this was a great topic to discuss this close to Halloween, which is only a few days away! I’ll be reading the previous volumes of Batman: Black and White in the days ahead! Happy Halloween!

What do you think? Do you prefer color or black and white? Or does it depend on the situation? Are there comics you would prefer to read in black and white versus color? If so, which ones? Whatever your opinions, please share your thoughts in the space below!