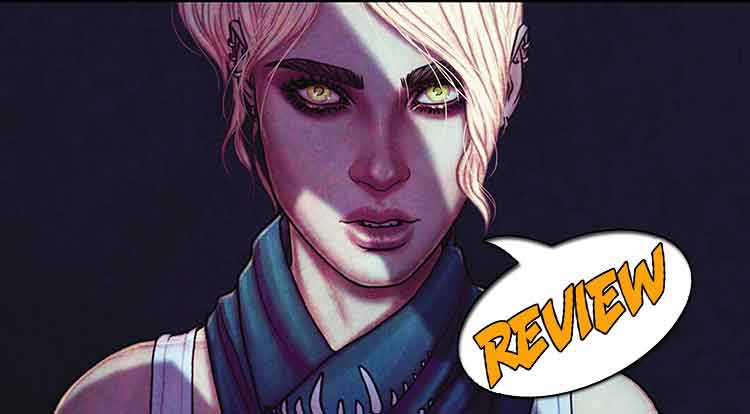 Something is Killing the Children #11 Review

Erica must deal with five monsters before her organization comes to get her. Who has the more clever strategy? Find out in Something is Killing the Children #11 from BOOM! Studios. SOMETHING IS KILLING THE CHILDREN #11

Previously in Something is Killing the Children: Archer’s Peak is reeling from the discovery of the bodies of several dead children. Tommy, who tried to get the latest victims away from the monsters, is arrested. Aaron, from Erica’s organization, arrives to do some damage control. He finds out that Tommy knows more than he should and drugs him. Erica catches up with Aaron, realizes he isn’t there to help, and tells him how much worse the situation is than he was expecting – there are five monsters, two of them unfed. Then the townspeople see the unthinkable – a small girl who gets torn in half by something invisible. Aaron understands just how bad things are, attacks, and is killed himself.

TIME FOR A DESPERATE MOVE

Something is Killing the Children #11 takes us back to the night James’ friends were killed. Out in the woods he sees the monster brutally kill his friend, and then it comes over to him, leans over him, sniffs him. Then they hear the voice of James’ father. James yells for his father to stay back, but of course he doesn’t. He sees the blood, he sees the bodies – but he doesn’t see the monster which is right there. This is where James “confesses,” and we can see how he feels this is all his fault.

In the present, many townspeople are in the school and gym. The monsters are right outside, sensing James. Erica makes a decision – this has to end. She is leaving, with James, and the Sheriff needs to keep people inside until Tommy says it’s safe. This is more than Joe bargained for, but Erica tells him he has no choice. It’s the only way to protect the rest of the people.

Meanwhile, in Chicago, things are on the move. The woman who sent Aaron to Wisconsin is now summoned to see the man known as the Old Dragon. He appears to be Asian, and there is a lot of Asian influence in his office. He wears a toothy mask like everyone else here, but his is metal. Aaron is dead and a video of this, as well as footage of the young girl’s death, was posted on social media. I like this nod to our present; we live in a world where everyone has the capability of capturing video. Anyway, they have people already keeping this from going viral and others blocking the connections in Archer’s Peak. The Dragon is sending a team there, and he wants Erica brought back home alive.

Erica takes James to her SUV to get him out of town. She also needs to get Bian. There is a ritual she needs to perform so she can kill the monsters. She asks James to check his cell phone. There is no service, which he notes is weird. And Erica knows her time is short and her organization is on the way!

I like the way the art of Something is Killing the Children #11 highlights the horror. There is a lot of blood, but not a lot of other gore. There are moments when the monster bites into someone, but much of the horror is communicated through the reactions of the people who witness it. Through them we vicariously feel what we see them experiencing inwardly. We instantly understand just how traumatized James has been from the start and his resigned reaction to Erica makes perfect sense.

The secret organization Erica comes from is still very secret, not to mention powerful. We still do not know much about them, and what we see from them in this issue fascinates and leaves us with more questions. Even the Old Dragon has a stuffed animal that talks – a teddy bear. How do these fit in, and what’s with their untrustworthy personalities? These people all have brightly colored eyes, like Erica’s bright green. Is there a significant there, and are Tommy’s eyes brighter than they were?

Something is Killing the Children #11 is not just a single story, it is multiple threads that all are metaphors for horrible things. This blend of subtlety makes for a rich story that gives the reader a lot of questions to ponder.

Something is Killing the Children #11

Five monsters, two children, a secret organization on the way – Erica is running out of time!